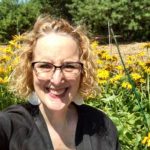 Catherine Jordan is known for her arts and education leadership including CEO of AchieveMpls and the United Arts Council. As an educator, she co-developed a peer health education program and produced media on adolescent rites of passage and HIV/AIDS prevention. She currently devotes her energies to addressing climate change and creative aging in place. She lives in Minneapolis and a farm in Cloquet with her husband, Steve. 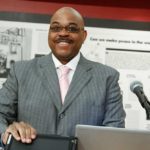 Amelious N. Whyte Jr. serves as the Director of Public Engagement for the University of Minnesota College of Liberal Arts. He has worked at the University for more than 25 years including in the Office for Student Affairs and the Office of the Board of Regents. Amelious has a BS from the University of Southern California, an M.A. and a Ph.D. from the U of M. He volunteers as an Academic Advisor for Phi Gamma Delta Fraternity, and also serves on the boards of the Campus Club, the Weisman Art Museum, Clare House, and the Governor’s Residence Council. 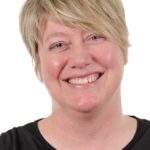 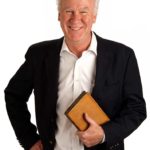 Patrick Coleman is the Acquisition Librarian at the Minnesota Historical Society, with a vast knowledge of Minnesota’s history and culture. His current research interest concerns Sinclair Lewis. He has served on the boards of Coffee House Press and the Minnesota Center for Book Arts, and the Minnesota Humanities Commission. Coleman is a past recipient the Kay Sexton Award. Interests include reading and collecting Irish literature, wilderness canoeing and skiing. 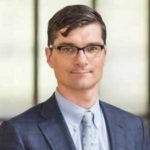 Greg Donofrio is associate professor of historic preservation and public history in the School of Architecture at the University of Minnesota.  He is co-founder of the Heritage Studies and Public History graduate program, which foregrounds inclusion, community engagement, and experiential learning to train the next generation of diverse heritage professionals. His work is dedicated to understanding, documenting, and preserving what communities feel is historic about their neighborhoods and special places. He is the winner of the 2016 American Collegiate Schools of Architecture Diversity Achievement Award. 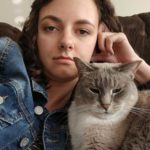 After working as a student at Wilson Library, Cassandra Grandahl graduated from the University of Minnesota Twin Cities in 2015. She lives in St. Paul with her husband and works in Minneapolis. She enjoys playing ragtime on piano, being the best at Mario Kart, and not finishing her knitting projects. Her favorite writers include Terry Pratchett, E E Cummings, and Lucy Knisley. 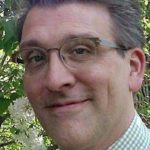 Bradley Greenwald is an actor, musician, writer, and director, who has performed opera, theater, music-theater, cabaret, concert and recital repertoire with several Twin Cities’ arts organizations. He has received the Minnesota State Arts Board Fellowship in music, the McKnight Fellowship for Theater Artists, and a 2006 Ivey Award. 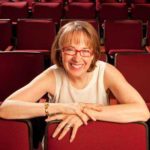 Peg Guilfoyle spent 10 years as production stage manager and production manager for artistic directors Liviu Ciulei and Garland Wright at the Guthrie Theater; a producing director for the Department of Theatre Arts and Dance at the University of Minnesota, freelance stage and production manager for the Ordway Music Theater, Mixed Blood, Denver Center Theatre Company, and others. She is the author of The Guthrie Theater: Images, History and Inside Stories, for which she won the Midwest Book Award. Peg lives in downtown St. Paul with husband Dr. John Baillie, with whom she co-owns Cedar Pet Clinic Lake Elmo. 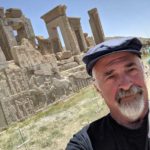 Jeremy Iggers is a semi-retired journalist, university instructor and social entrepreneur. Current activities include studying Persian language, history and culture, playing banjo in a jug band, and managing the GlobalTwinCities.com website. Previously, he was a staff writer for the Minneapolis Star Tribune and publisher of the Twin Cities Daily Planet. He lives in south Minneapolis with his wife Carol and two cats. 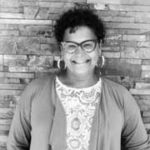 Lissa Jones-Lofgren embraces the opportunity to bring thoughtful examination of African-American life and culture into the public discourse on radio, through podcasting, and for a time, through a newspaper column. She is the creator of ‘Urban Agenda’, a weekly program she has hosted on KMOJ Radio, Minnesota’s oldest black radio station, for the last 12 years. Lissa also hosts ‘Black Market Reads,’ a podcast of the Givens Foundation for African American Literature, preserving and amplifying the black literary canon. 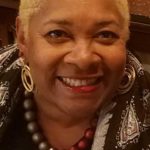 Rose McGee, Creator of Sweet Potato Comfort Pie: a catalyst for caring and building community is a recent Bush Fellow, a Minnesota 50 Over 50, featured in the PBS documentary A Few Good Pie Places and TEDx Talk The Power of Pie. In 2021 Minnesota Historical Society Press will release her children’s book. She resides in Golden Valley and recognized as Citizen of the Year. 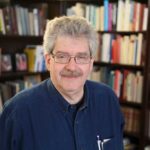 Jim Parente is a Professor of German, Nordic, Slavic, and Dutch at the University of Minnesota.  He specializes in Renaissance, Reformation, and Baroque literature. Parente formerly served as Dean of the College of Liberal Arts from 2008-2013. 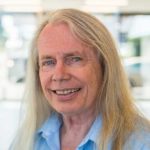 Gary Peterson serves as the administrative leader of artistic organizations, currently of Ananya Dance Theatre, and formerly of James Sewell Ballet, Zorongo Flamenco Dance Theatre, Zenon Dance Company, and the Southern Theater. He also has worked in legislative lobbying, public affairs radio broadcasting, and newspaper publishing. He is a graduate of the University of Minnesota, and lives in Minneapolis and Washburn, Wisconsin, with his husband, James Davies. 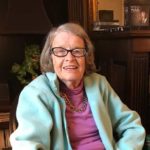 Ann Pflaum earned a Ph.D. in history at the U of M in 1976 followed by assignments related to gender equity, disability, and planning. She served as associate dean of  the College of Continuing Education and as University historian. She and her husband Steve, as well as their two sons, their wives, and four grandchildren add domestic pleasure to the maroon and gold. 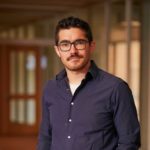 Joshua Preston, J.D., is a writer and historian whose work has appeared in Minnesota History, Rain Taxi Review, and elsewhere. He is a past recipient of a Springboard for the Arts Hinge Arts Residency (2016), Minnesota History’s Solon J. Buck Award for Best Article of the Year (2016), and a Minnesota Historical Society Legacy Research Fellowship (2017). 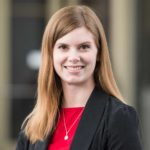 Jessica Reza graduated from the University of Minnesota in 2014. She works for the University of Minnesota Press and participates in local and national literary events. Jessica is pursuing an M.B.A. from the Carlson School of Management, graduating in December of 2020. She lives in Minneapolis with her husband and enjoys traveling, a night out at the Guthrie, and perusing local bookstores. 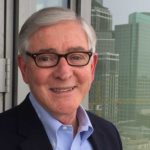 Rinehart retired as the University of Minnesota’s Vice Provost and Dean of Students. Previously he served as the Carlson School Assistant Dean of Students.  As vice provost he led the adoption of undergraduate Student Development Outcomes and a Strength-based approach to student orientation and advising. In Carlson he spearheaded the conversion from an upper division program to an outstanding freshman-admitting college.  He has served on the Weisman board and held leadership roles for the University YMCA and the U of M Retirees Association. He has a B.A. from Dartmouth College, an M.A. from Middlebury College, and an M.B.A. from the U of M Carlson School of Management. 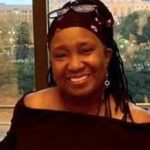 Rekhet is the Executive Director of In Black Ink, a non-profit that seeks to create spaces where the intergenerational stories about Minnesotans of African heritage can be shared, documented, and archived. She is also a School Psychologist in Minneapolis Public Schools with a B.S. degree from Hunter College in Child Psychology and Communications; a Masters (in route) from the Institute of Child Development; and, Educational Specialist Degree (Ed.S.) from the University of Minnesota School Psychology Program. Rekhet co-founded the Imhotep Science Academy and Initiatives, an African-centered K-8 educational STEM program and co-founded and served as the Operations Manager and in-house artist at Papyrus Publishing. 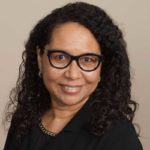 Mary Taris is the Founder of Strive Publishing. She is also an educator with 15 years of teaching experience, from grade school to middle school English to adult English language learners. Just as Mary felt called to help bring diversity into the teaching field, she is now on a mission to bring more diverse books into the schools, the community, and the world. She believes that everyone has a story to share and that every voice should be heard, which compels her to create pathways for emerging African American authors, illustrators, and editors through Strive Publishing. 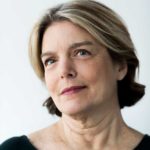 Ann Waltner is a Professor in the Department of History at the University of Minnesota where she specializes in Chinese history. She formerly served as founding director of the University’s Institute for Advanced Study, and has served as editor of the Journal of Asian Studies. Ann has published widely in both Chinese history and world history. Most recently, she has completed an open access online course on Dream of the Red Chamber in conjunction with the San Francisco Opera. In 2014, she received the President’s Award for Outstanding Service at the U of M. 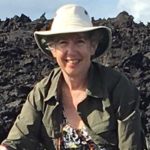 Marlene Zuk is a Regents Professor in the Department of Ecology, Evolution and Behavior at the University of Minnesota, and has loved books and libraries all her life. She writes for both academic audiences and the public, and has been published in the New York Times, the Los Angeles Times and the Wall Street Journal. She has written four books aimed at a general audience, and thinks that everyone should appreciate the insects around them.

Lisa A. German
University Librarian and Dean of Libraries

Join the Friends of the Libraries