The following are a selection of books that have faced challenges or bans because of their LGBTQ themes and content. The text comes from the National Coalition Against Censorship page on LGBTQ Book Bans and Challenges.

“Annie on My Mind” 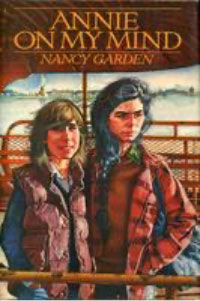 Annie on My Mind was published first in 1982 amidst controversy because of its positive portrayal of the story’s gay protagonists. There have been several attacks on the book because it centers on two 17-year-old girls exploring their sexual orientation, though there are no explicit sexual encounters in the novel. The book was also reportedly banned in some Kansas City schools. The book was at the center of a high-profile 1995 case in which US District Court Justice Thomas Van Bebber ruled that the novel was suitable for education and must be returned to high school libraries where it had been previously removed. 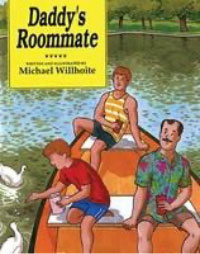 Daddy’s Roommate was on of several books that was challenged during the period of Sarah Palin’s inquiries into school libraries in the Wasilla region of Alaska. Palin complained that Daddy’s Roommate—a book that helps children understand homosexuality—did not belong in the Wasilla Public Library. When Laura Chase, Palin’s first mayoral campaign manager, asked if she had read the book, the mayor responded, “she didn’t need to read that stuff.” Chase told the New York Times that she found it ‘disturbing that someone would be willing to remove a book from the library and she didn’t even read it.’ The book has been banned in other circumstances for being age inappropriate and “promoting homosexuality.”

“Am I Blue?”: Coming Out from the Silence 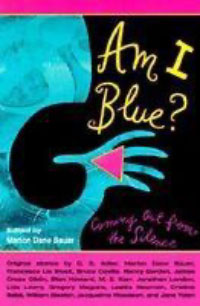 Am I Blue?: Coming Out of the Silence was one of 55 books that parents in Fayetteville, Arkansas petitioned to have removed from school libraries. The parents formed Parents Protecting the Minds of Children and objected to the profane language and depictions of sexuality in the book. They also accused librarians and other opponents of their efforts of promoting a homosexual agenda. PPMC objected specifically to the book because of its gay content, as well as the fact that proceeds from the sale of the book went to Parents and Friends of Lesbians and Gays. 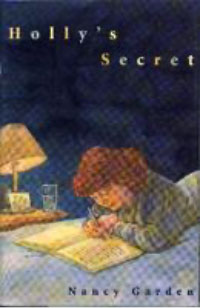 Holly’s Secret was one of a few of Nancy Garden’s books to be challenged by the Library Patrons of Texas after the author became a target for the group. The book was considered objectionable because it presented homosexuality in a non-judgmental context and included phrases like ‘so what’s the big deal…who cares if your parents are both women’ and ‘I don’t care about your moms. At least you’ve got two parents. I wish I did.’ 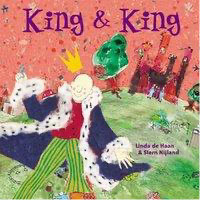 In 2004, King and King ignited controversy after first-grader Olivia Hartsell brought the book home on March 1 and her parents Michael and Tonya Hartsell complained to administrators at Rachel Freeman Elementary School in Wilmington, North Carolina. The Hartsells objected to the book’s acknowledgement of homosexuality and also of divorce (“When I was your age, I’d been married twice already,” the prince’s mother tells him, in encouraging him to find a mate). The Hartsells threatened to enroll their daughter in a different school and refused to return the book to the Freeman school library, for fear some other child might check it out. It was also challenged in a public library in Lower Macungie, Pennsylvania in 2007 by parents Eileen and Jeff Issa who requested the book’s removal due to its homosexual content. Their request was denied, prompting the Issas to appeal to the township supervisors who upheld the library’s decision in a 2-1 vote. 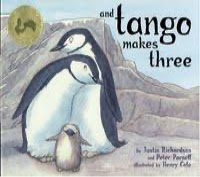 The ninth entry in the American Library Association’s 2017 list of the top ten challenged and banned books is no stranger to censorship. And Tango Makes Three  has appeared on the list a whopping eight times—in 2017, 2014, 2012, 2010, 2009, 2008, 2007, and 2006—for challenges that mstly distill down to the book’s depiction of a same-sex relationship between penguins (“unsuited to age group,” “anti-family,” and the head-scratching accusation of being “anti-ethnic” have also popped up in challenges). 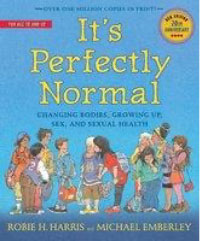 It’s Perfectly Normal was restricted but later returned to general circulation in Holt Middle School library in Fayetteville, Arkansas due to complaints that it was sexually explicit; moved from the young adult to the adult section in Ford Bend County Library in Richmond, Texas; challenged but retained in the Montgomery County, Texas library system after the Republican Leadership Council characterized the book as ‘vulgar’ and trying to ‘minimize or even negate that homosexuality is a problem’; challenged in a Holland, Massachusetts public library; and challenged in a Marion County, Florida public library for sexually explicit content. It’s Perfectly Normal is a sex education book. 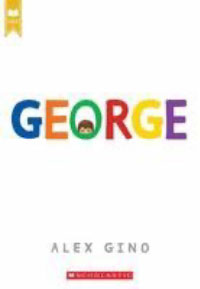 George tells the story a child who is born male and known to all as George, but identifies as female and prefers the name Melissa. The book details how Melissa comes out to her best friend, and eventually to others, through the help of a school play. Five elementary schools in eastern Oregon withdrew from an annual statewide ‘Battle of the Books’ competition because of the inclusion of George in the reading list. The book carries an age recommendation of grades 3-7 and the schools’ principals argued it was not appropriate for their third-to-fifth grade students who would be participating in the competition. 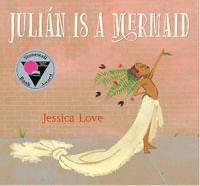