Kim Than recently created an online fashion store using the University Libraries virtual reality (VR) lab. Now, the U of M design student heads to New York City for a paid internship after winning a national competition for her design.

“Initially, I wasn’t really aiming for first place, to be honest,” says Than, a senior. She just wanted to try another route on her educational path laid out by the Retail Merchandising program within the University’s College of Design.

Her journey included the VR presentation of an idealized retail store, featuring clothing and accessories in a fashion-forward way designed to lure shoppers.

At the start of class, however, she didn’t know much about VR software. But after just a few weeks of experimenting in the Health Sciences Library’s VR Studio, Than learned enough about the applications MockShop and SketchUp to accelerate and pass by her competition — other students from around the country. 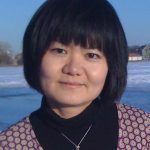 “Our students have the cutting edge skills that they need” because of the Libraries’ VR Studio.

Than ended up taking first place in the WindowsWear Mentorship Program competition. The prize? A paid internship at the Kate Spade fashion house in New York City this summer. WindowsWear is a news portal that compiles hot topics in fashion for businesspeople around the world.

Than is grateful for the guidance of her professor, Juanjuan Wu, and the expert help from Libraries’ Scott Spicer, Media Outreach Librarian, and Charlie Heinz, Multimedia Specialist. Through the VR Studio, they provided Than and other U of M students some of the latest and greatest tools for studying everything from anatomy to retail design skills.

Than is excited. Although she is cosmopolitan, this is her first trip to New York City. Than left Vietnam at age 18 to move to the Midwest for her education, but has visited such fashion capitals as Tokyo and Paris along the way. The opportunity to learn from a first-rank fashion design house is unparalleled for a University student.

Facing forward, in fashion and in retailing skills

“I personally think this class will be really helpful in the future,” says Than, about her experience in Wu’s Virtual Reality Retailing class. “If you get into it in the beginning stages [of using VR], by the time it’s popular, you already have a background.”

“It [VR] really brings design thinking to a new aspect — it comes alive!”

In spring 2022, Wu encouraged Than to apply to the WindowsWear Mentorship Program. She saw Than’s promise during one of the class assignments and encouraged her to adapt it and apply — even though the submission deadline was less than two weeks away.

“Our students have the cutting edge skills that they need” because of the Libraries’ VR Studio, Wu said, in explaining one reason why she had confidence in Than. The Health Sciences Library VR studio includes hardware, software, and expert help from library staff.

It also helped that Than was cheered on by her friends. First they said “Are you crazy?” she says. Yet they also supported her completely. “Don’t try to aim lower,” Than says they told her. “Do your best.”

“It’s like a real-life experience,” says Than’s classmate Kendall Gavin, also a senior. She started with the software and similar games about two months before she was interviewed after a class session. “I got comfortable with it [virtual reality],” she adds.

Katie McMaster, a senior in the class already hired by fashion company Prada, says her employer gave her and others “little VR glasses to look at their employee website.” Her classmate and rising senior Lizzy Erickson notes: “It [VR] really brings design thinking to a new aspect — it comes alive!” Applying her knowledge in this way, she adds, is really satisfying.

Wu says that VR’s potential is that it democratizes design.

“[The software] makes amateur design students able to communicate creative ideas to others,” she explains. Not every student in the College of Design can sketch; but everyone can learn to use VR within a reasonably short time frame.

Among the advantages of giving students access to advanced software and hardware in the VR Studio, offered by the U of M’s Health Sciences Library since 2020, is that it can create or re-create interactive events from the past or even the future. 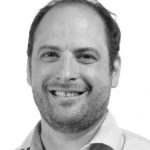 “VR also has the power to transport individuals remotely to places they may not experience in person.”

In his recently published book “Student-Created Media: Designing research, learning, and skill-building experiences,” Spicer also noted that: “Indeed, one of the significant affordances of VR is that it can provide opportunities for more engaging exploration that may otherwise be significantly challenging or even impossible in the real world. VR also has the power to transport individuals remotely to places they may not experience in person.”

Wu, too, sees great benefits for her students in developing their abilities and applying their talents to MockShop, SketchUp, and other virtual reality programs.

It’s “a relatable scale, an immersive experience, that offers interactivity, and is often customizable.”

Kim Than’s career journey is, in some ways, just beginning — but with a strong foundation.

“If the VR Studio were on the St. Paul campus,” where the College of Design is based, she says, “I would be there every day.” With one caveat, of course: Only after she returns from her internship in New York City.