Did you know that the automatic toaster was invented in Minnesota in 1919? University of Minnesota student and now recent grad Logan Rohloff didn’t — at least not until he started working in The Toaster Innovation Hub!

Drawn to the space due to its name, as well as a curiosity to see what it would look like after a renovation, Logan applied to become a Toaster Ambassador for the space. Toaster Ambassadors are student employees assist with workshops, events, and general day-to-day tasks. They help users join the Toaster to get in on email blasts, opportunities for student group use, and the ability to book spaces like private study rooms in the Toaster.

Though anyone can visit the Toaster when Walter Library is open, Logan was excited to be a Toaster Ambassador so he could see how things worked behind the scenes to make the space what it was. Logan enjoyed the vibrant energy of the space as well as access to free 3D printing. The 3D printers are a part of the Breakerspace, which lives within the larger Toaster space. There, innovators and entrepreneurs seeking out workshops in the Toaster could find a multitude of fabrication tools — everything they’d need to invent the next big thing, all in one space in the library.

In his time working as a Toaster Ambassador, Logan had the opportunity to pursue an “emphasis,” or special area in which he’d become an expert. Ambassadors can pursue an emphasis in a variety of things including communications, media services, and the Breakerspace. Logan immediately sought out an emphasis in the Breakerspace and pursued becoming a 3D printing expert in the space. He’d had an interest in it for some time, and was studying Materials Science and Engineering, which could have 3D printing applications as well.

“I became an expert at 3D printing so that if any question came up, I’d be able to offer some help,” Logan explained. “I was happy to troubleshoot an issue or look over someone’s gcode in order to make a print work.” His curiosity began as collaborating on a project with a Toaster Ambassador, to applying to become a Toaster Ambassador himself, to teaching 3D printing workshops to peers on his own.

He came into his own in the space, and felt empowered by the welcoming, curiosity-driven environment provided by the Toaster Innovation Hub.

In addition to developing his expertise in 3D printing, Logan also worked hard to be a welcoming Toaster Ambassador and coworker to his peers, inviting everyone into the space and getting to know them.

In fact, one of his favorite parts of working in the Toaster was the opportunity to help students with their projects. “Seeing someone go from an idea on paper to a 3D print is super cool to me,” he says. “Also, seeing the crafts and creativity is inspiring.”

And Logan didn’t just help visitors to the Toaster — he helped his peer Ambassadors, too! The Toaster Operations Coordinator (and Logan’s supervisor) Kylie Foss, says, “He always invited [the student ambassadors] in to what he was working on and was a wonderful bridge.”

Program Specialist for the Toaster Erik Halaas also cites Logan’s ability to connect with others. “Logan has a welcoming presence and a particularly calming energy about him,” he says. “He could put a room at ease with a smile or a witty joke, and make folks feel like the Toaster was their space.”

Memorably, Logan provided support to an elderly woman in the Toaster who was interested in using the sewing machine in the Breakerspace. “She was sweet and funny and asking all sorts of questions Logan didn’t know the answer to,” Kylie explains. “He took it in stride, got out his computer, and together they sat for upwards of an hour watching YouTube videos and figuring it all out.”

In spring 2022, Logan graduated from the U of M and will be moving on to work as a Wood Coatings Lab Technician for Axalta, a company which specializes in coatings for a variety of industrial applications. As Logan learns more about coatings, he also envisions graduating from there to solar panels and clean energy work.

To anyone interested in visiting and exploring what the Toaster has to offer, Logan simply shares this message: “You never know what is going to be happening in the Toaster — it’s full of surprises.” 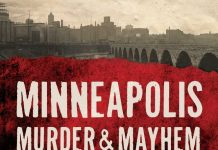 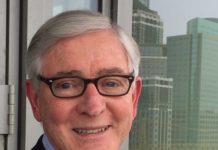 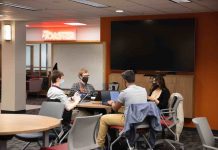