W. Jeff Bishop provides guest commentary on the Bell’s “Map of the British and French dominions in North America” by John Mitchell and Thomas Kitchin (1774). Jeff is the Director of the Funk Heritage Center at Reinhardt University, Georgia’s official Frontier and Southeastern Indian Interpretive Center and a certified National Park Service Trail of Tears interpretive site.

I’ve relied on the John Mitchell map of colonial-era America as a key primary source for many papers and exhibits having to do with the Cherokee. The Mitchell map reveals the locations of many mid-18th century Cherokee towns in east Tennessee and western North Carolina such as Great and Little Telliquo (Tellico or Tahlequah), Chotee (Chota), and Kittowa (Kituwah). When cross-referenced with other maps from that era, a wealth of information can be gleaned.

But what’s maybe even more interesting are the descriptions one finds just below these town locations. Although the land of Northwest Georgia, where I now live, is described by Mitchell as “A fine Fertile Country by all Accounts,” it is also described as “Deserted Cherakee Settlements.”

Why would such a desirable country, plentifully watered by the headwaters of both the Coosa and Chattahoochee rivers, be left abandoned by its Native inhabitants? It’s actually not the Cherokee who deserted this area, but the ancestors of their rivals, the Creek Indians, who had lived south of the Cherokee for many centuries. When Spanish armies like the one led by Hernando De Soto marched through this region, they not only raped and brutalized the Native people, called the Coosa, but also infected them with diseases like smallpox.

The Coosa, a Mississippian people, had no immunity against these diseases and, according to many estimates, as many as 90 percent of them eventually perished. Survivors migrated south and west over the course of the next century, leaving Northwest Georgia largely deserted. This may have been because they considered the land irreparably contaminated. Since they had no form of writing, we can’t know their reasons for certain. However, that left this region open to the rivals of the Creeks, the Cherokee, who started moving into the area in the mid-1700s, coalescing for a time near Coosawattee, or “Old Coosa Place.” 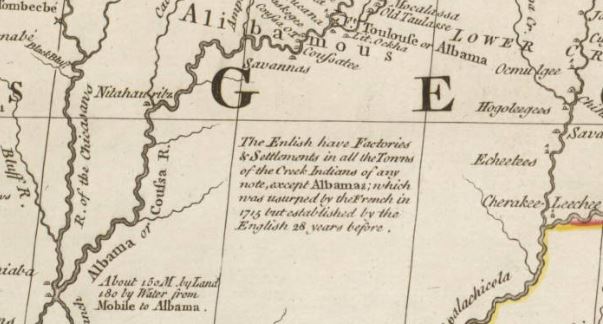 After the American Revolution, when the Cherokee sided with the British and were forced to flee their burned-out towns in North Carolina and Tennessee, the empty region of Northwest Georgia would provide a new safe haven – at least for a time, until they were forcibly removed in what became known as the Trail of Tears in 1838.