In 2019, Bell Curator Maggie Ragnow and the incredible photographer, Natasha D’Schommer, collaborated to produce the book Tulips, Chocolate & Silk: Celebrating 65 Years of the James Ford Bell Library. The book showcases a number of the treasures of the James Ford Bell Library, but more than this, its purpose is to look at the collection in a new way, and offer new perspectives on it. The authors did this, not so much through words, but through dynamic pictures. 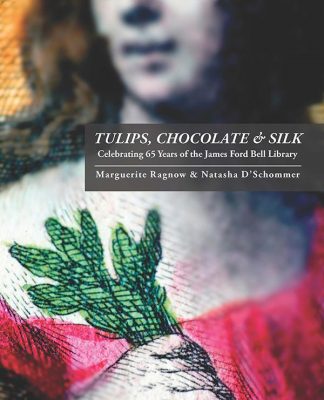 The Library was founded by James Ford Bell in 1953 – with all the confidence of an American at mid-century: “Trade and trade routes, if carefully documented and preserved, in his opinion, would more clearly show the evolution of mankind than any other medium.” (So wrote his son Charles H. Bell in 1993.)

While it would be foolish to ignore commercial interests, now researchers explore so much more in this collection. In the midst of the money schemes, we find the voices of the oppressed, women dancing, children acting out; brilliant birds and polar bear cubs; proto-ethnographers looking for new ways to understand humanity; even recipes for cooking cod. In the introduction to Tulips, Chocolate & Silk, Maggie puts it succinctly, “Same Collection, different perspectives.” 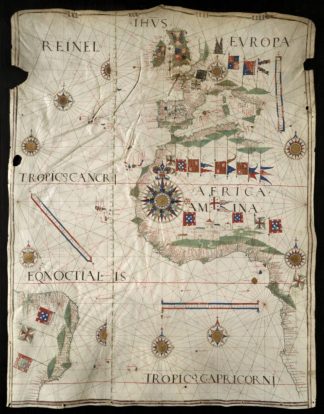 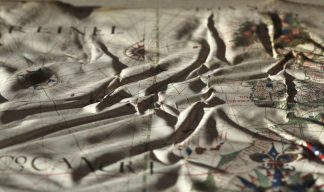 For me, the most striking image in this book is the new perspective Natasha reveals of our beautiful portolan chart of the south Atlantic, made by Jorge Reinel, ca. 1534. If you view this chart in UMedia, or even in person, you will think of it as a flat, well-preserved map. You won’t really notice the wrinkles, creases and crevices. Natasha’s image makes the map into a foreign terrain – so real and tangible. To me, there is something incredibly poignant and exciting about this new perspective.

This year brings me a new perspective as well. Like the majority of Americans at some point in their lives, I am changing careers. After teaching history at a small college in the American South for the past 15 years, I am moving to Minnesota, and joining the library staff of a Big Ten research institution. Poignant and exciting, indeed!