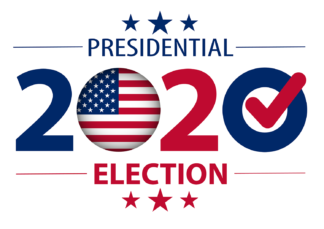 Only members registered with a political party can participate in a Caucus. In primaries some states allow anyone to participate in a primary while other states only allow members registered in a party to participate. In caucuses, voting is conducted by a show of hands or by breaking into small groups. In primaries, the election is held by a secret ballot. Minnesota political parties still hold precinct caucuses as well as local and state nominating conventions to conduct other party business.

Minnesota’s primary is March 3, but early voting is available now

The 2020 Minnesota presidential primary will be held March 3, while early voting began January 17 (learn more about how to vote early ). All major political parties are allowed to have a primary, but this year only the Democratic-Farmer-Laborer Party and the Republican Party will be holding primaries. The DFL ballot will have 15 presidential candidates from which to choose and an option to select “uncommitted.” The Republican Party ballot will only list Donald Trump’s name with an optional write-in.

The chair of each political party decides who will be included on the party’s ballot no later than 63 days before the primary is held. If a candidate drops out of the race after the party’s list has been submitted, the candidate will remain on the list. Voters have the option to write in the name of a candidate that is not listed on the ballot. However, for some offices, write-in candidates need to request to have votes for them counted.

When going to the polls, voters will have to choose a party affiliation and then receive only that corresponding ballot to vote. They will not be able to vote for multiple parties. The reason why this is necessary is because voters could try to undermine parties by voting for what they perceive as the weakest candidate for that party.

Another issue to watch is who has access to the voting data for this Minnesota presidential primary. For other types of elections the list of people who voted is publicly available, but it does not disclose party preference. In the 2020 primary, the chairs of the major political parties will have access to who voted for their party in the primary, but they will not know which candidate was voted for specifically. The general public, on the other hand, will not have access to this data.

In general, far fewer people vote in primaries or caucuses than in regular elections. And while more people tend to vote in primaries than in caucuses, the turnout is still low compared to general election turnout. Since Minnesota switched to a presidential primary system after the 2016 election, there is no data on the percentage of voters who participated in the last presidential primary in Minnesota.

However, in the 2008 presidential caucus, which had an unusually high turnout, less than 10% of voters participated in the caucuses while more than 77% voted in the general election, so participating in a primary gives you a bigger voice and enables you to vote for who you want your party to nominate.

Find out more about voting and the presidential primary on the Libraries website at z.umn.edu/libengage.