John and Nancy Lambros are proud of their family’s legacy of immigration from Greece and later success as first-generation Americans. It’s a past shared by so many others across the country. They wanted to ensure that this history of Greek-Americans is documented, interpreted, celebrated, and made available for researchers.

Seeking to build on the University Libraries’ already well-regarded archive of Greek-American life, the Lambroses created a fund to support and expand its work. The couple established the John W. & Nausica (Nancy) Lambros Greek American Studies Fund in 2002 to sustain the work of the Libraries’ Greek-American collection.

The Lambroses were instrumental in donating and raising more than $250,000 to deepen the Greek American Studies Program’s collection and widen access for people to engage with the materials. They are thrilled to have prompted generous support from Greek-Americans nationwide who are just as eager to capture this rich history.

“We want to promote and preserve the great heritage and contributions of Greek-Americans brought to our country,” says John Lambros. “So many Greek-Americans’ passion and dedication to hard work were significant contributors to our current way of life. We wanted to celebrate their dedication and successes by forever capturing the historical trail they blazed.”

The heart of the Greek-American collection, located in the Immigration History Research Center Archives, starts with the extensive papers of Theodore Saloutos, a historian of Greek immigration. It also houses records of key organizations like the Daughters of Penelope, the Order of AHEPA (the American Hellenic Educational Progressive Association), as well as many oral histories, photos, letters, personal papers, 500 books in English and Greek, pamphlets, and newspapers.

These items mainly were written by and for Greek-Americans, giving a window into the historical and cultural history of this group. Backing from the Lambros fund has helped the Libraries preserve and share more of such materials, says Ellen Engseth, Curator of the Immigration archive.

“We have so much to choose from — it’s a blessing of riches,” Engseth says. “It clearly shares the voices and experiences of people who identified as Greek-Americans. We’re rare in that we intentionally wish to celebrate and honor those individuals and the very personal stories of the average person. It’s there for people to explore and craft what it means now and in the future to be Greek-American.”

Support from the Lambros Fund helped the Immigration archive digitize, catalog, and preserve a multitude of items. It also expanded access and outreach to scholars, students, and others who want to engage with the collection. Often, classes from the U and other institutions visit the collection and explore the archive, discussing its material for courses like Migration Narratives.

Such work that preserves, documents, and honors the many contributions of Greek-Americans is what the Lambroses intended for the fund.

Says Lambros: “Combined, we as a community have provided the tools for the University of Minnesota to help us forever capture, interpret, and provide access to these wonderful historical treasures.” 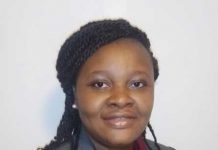 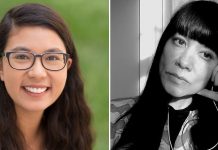 Tracks — records of people on the move

Op-Ed: What does it mean to be American? Ask an immigrant