When Bill Holm’s papers came to the Upper Midwest Literary Archives a few years ago, much of the collection was in disparate pieces. Archives staff, myself included, have completed numerous iterations of sorting this material into categories that best reflected Holm’s life and work.

Holm’s manuscripts were particularly fragmented. In 2017, scholar Neil Polzin was tapped to assist the archives in organizing Bill’s manuscripts. Polzin’s expertise allowed us to identify portions and various fragments of manuscripts and drafts of individual poems. Now, as the project archivist for Prairie Poets and Press grant project, I’ve been able to build on this work and continue to organize and write descriptions of Holm’s manuscripts this year.

It has been nothing short of challenging to acquaint myself with a lifetime’s worth of Holm’s work. At any given time, I have a number of Holm’s books on my desk that have become my reference tools — both for biographical information and for identifying Holm’s writing. As I write this article, I sit surrounded by Prairie Days (1985), Boxelder Bug Variations (1985), The Dead Get By With Everything (1990), and The Heart Can Be Filled Anywhere on Earth (2000).

By piecing together Holm’s manuscripts, I’ve discovered recurring symbols and themes in his writing that continue to add depth to my understanding of Holm’s creative psyche.

This is the most well-known symbol associated with Bill Holm. Its use in Holm’s first published book of poetry (Boxelder Bug Variations) surpasses symbolism — it is full-fledged subject matter, the symbol of the bug crawling through every page!

As the story goes, the idea for the book came about after Holm gave his students at Southwest State University an assignment to write about the boxelder bug (Star Tribune, 2009). In Holm’s take on the subject matter, the poet writes about the hardiness of the boxelder bug. Holm juxtaposes a poem titled “Thought difficult, it is possible to kill boxelder bugs. If you are interested, you might try this method” with poems like one about the frugality of his mother titled “Asked why, of all things, I write poems about Boxelder Bugs, I invoke the ghost of my mother, who had more than her share of Icelandic wisdom.”

People often ask me, “what’s the most interesting thing in Bill’s collection?” My answer is always “Pigs!” Pigs are not just a subject or symbol in Holm’s writing, they’re everywhere in his papers — in newspaper clippings, on journals, in sketches given to him.

Initially, I read Bill’s use of the pig as a symbol much like the boxelder bug. Like bugs, pigs symbolize the hardiness it takes to live on the prairie. On the other hand, there’s an element of jest in Holm’s writing about pigs. Holm’s poem “Pig” reads, “I have lain in the mud all day / Softening the bristles on my back, / Combing my ears on the box-elder tree / Till they stand up straight and pink.” Here he plays with stereotypes, the image of a lazy, pink, mud-covered hog.

In 1977, Holm put out a call for submissions for a pig poem anthology, and Minneapolis poet Jim Lenfestey wrote to Holm after seeing the call.

“Up until yesterday, I had subscribed to the myth about homo sapiens that he was too unintelligent and not nearly dirty enough to appreciate good pigs for what they really are: good friends that will stick with you through the long pull,”Lenfestey wrote, adding that his point is that pigs have personalities — in a way that bugs don’t.

Holm never published the pig poem anthology himself. Low Down and Coming On: A Feast of Delicious and Dangerous Poems About Pigs was published by Lenfestey in 2010, after Holm turned the project over to him before his death in 2009. The book includes Holm’s poem “Old Sow on the Road” about a particularly gruesome pig death set on familiar highway in rural Minnesota. There’s certain a violence but also a sense of empathy that accompanies writing about pigs, particularly with Minnesota writers, who are intimately acquainted with a pig’s role in an agrarian community.

What are some of your favorite symbols in the work of Minnesota poets and authors? Share them with us below in the comments! And, stay-tuned for “Part 2” of this article where I explore how Walt Whitman and the idea of “failure” have also impacted Bill Holm’s work.

Funding for Prairie Poets and Press

The materials featured in this article are from the Bill Holm papers in the Upper Midwest Literary Archives at the University of Minnesota. 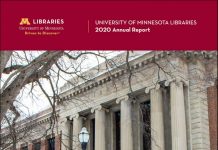