When I first joined the Guthrie Archives back in September, my only experience with theater came from watching plays. I knew very little of what went on behind the scenes – and practically nothing about what it took for those scenes to make it to the stage in the first place. The number of original works that made it to the Guthrie only comprise a fraction of those that were submitted for consideration. They rejected thousands for each they accepted – but unless you’re a literary agent or professional reader, you’ll probably never have a chance to see what didn’t make the cut. Reviewing scripts, it seems, is like panning for diamonds: readers sift through piles of plays in hope of finding a gem, but most of what they get is junk. There may be hundreds of Ed Woods for every Chekhov-in-the-rough, and thousands more playwrights whose quality of work falls somewhere in between. But the Guthrie’s readers saved the most acerbic criticism for the private, internal review sheets, and returned the unpublished scripts with gentle, but usually impersonal, letters of rejection.

Just for reference, here’s what the rejection letters usually looked like:

Because the Guthrie returned scripts instead of archiving them, I can’t tell whether the ones they received were really as bad as they sound, or if the readers were so frustrated by the number of mediocre scripts piled on their desks that they exaggerated the awfulness of the writing. But either way, since some of their comments are so vicious, I think they’re probably more entertaining than the plays for which they’re written. And since they’ve been sitting in storage for over thirty-five years, I hope it’s safe to share my favorites without offending or embarrassing anyone. 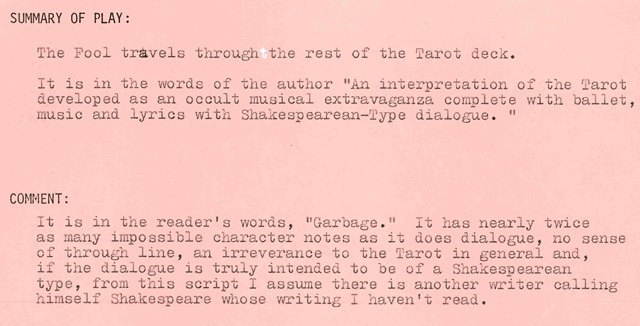 And you have to applaud this playwright’s confidence, even if his script doesn’t receive much of an ovation: 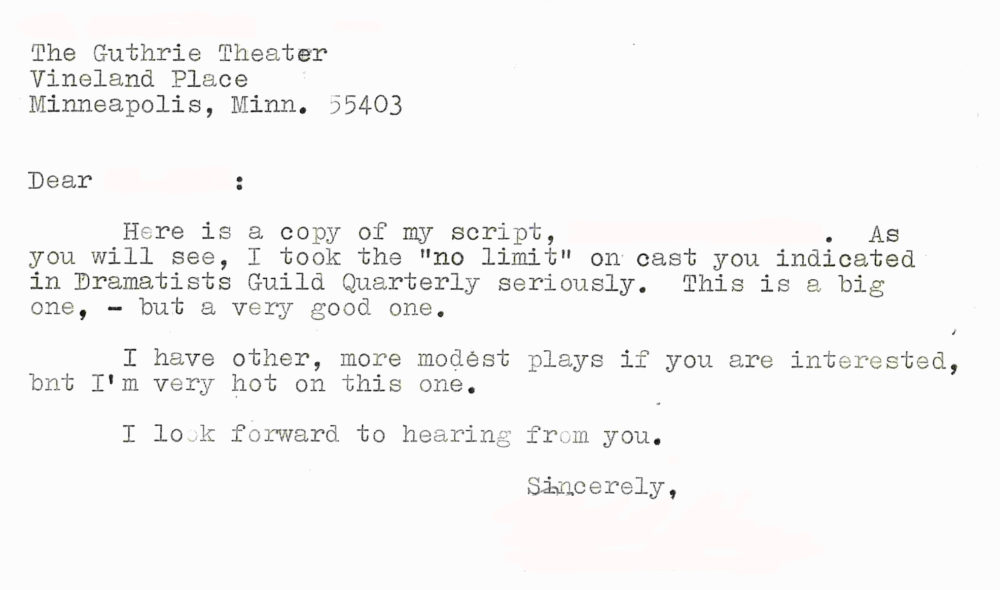 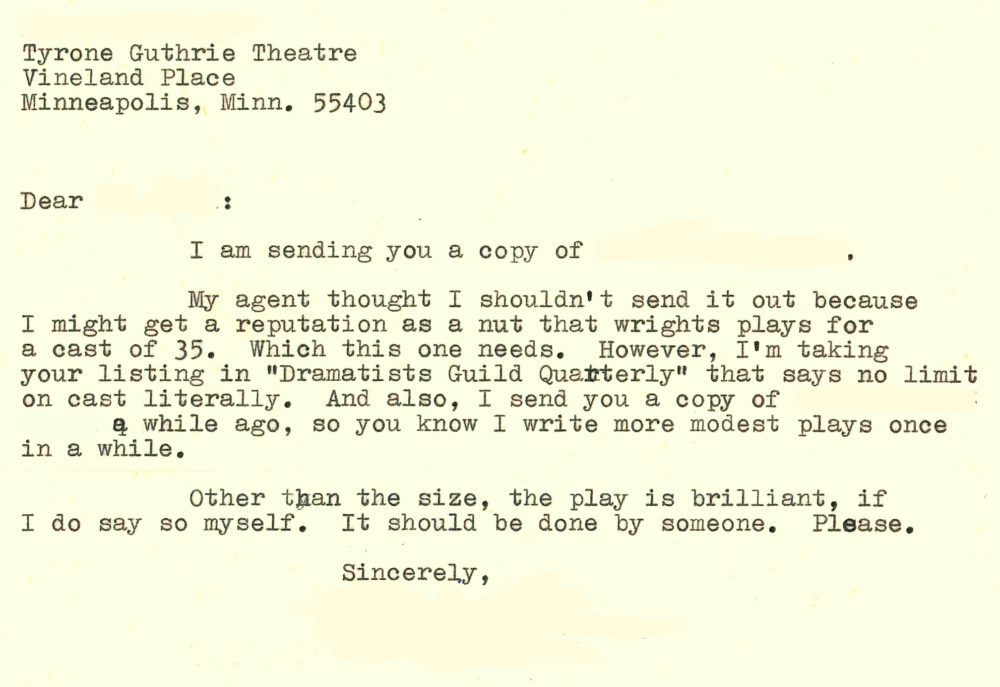 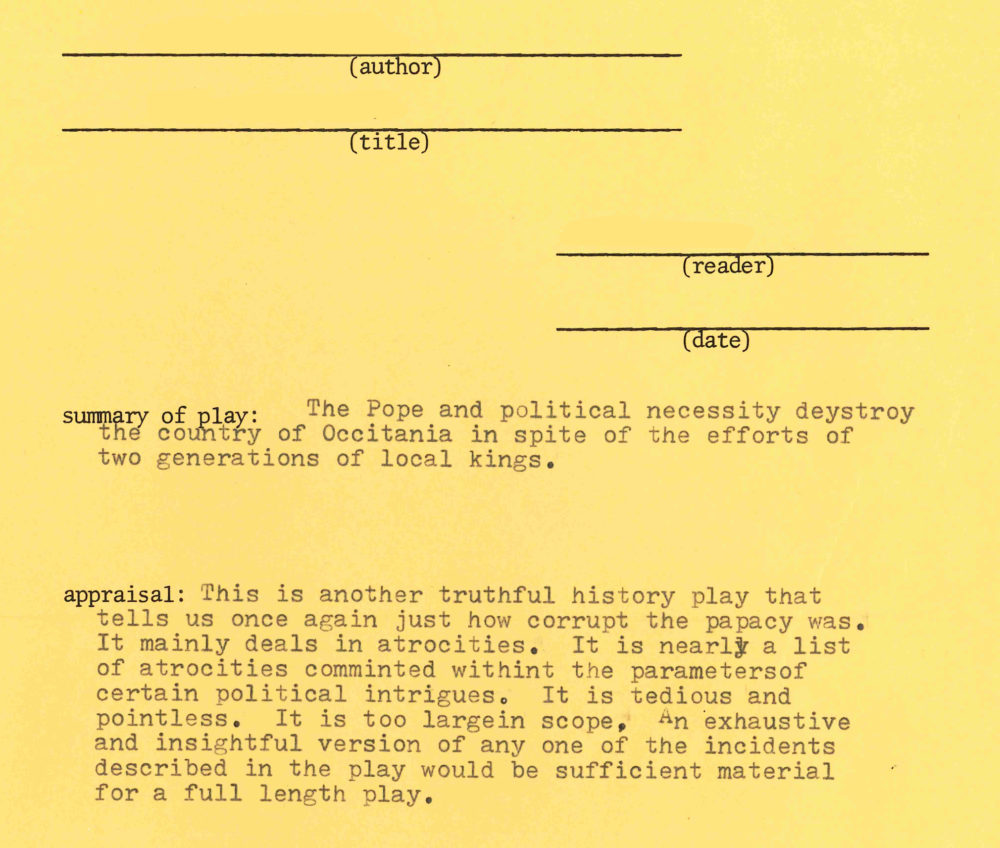 Out of curiosity, I checked the Guthrie’s play submission policy to see if it was as open now as it was in the 1970s — and it’s not. They stopped accepting unsolicited scripts in 2009.

All images and quotes are from the Guthrie Theater Archives (PA 3, Series 6), Performing Arts Archives, University of Minnesota Libraries, Minneapolis.

Hannah Korb is a student worker in the NEH-funded Guthrie Theater Archives project. She’s graduating May 2016 with a BA in art and plans to pursue a career in arts administration.