Andersen Scholars Program
The Andersen Scholars Program makes primary sources, such as the Polanie Club archives, available to faculty, students, historians, and the public.
—Learn more
The lights are going out at the Polanie Club, a Northeast Minneapolis organization founded in 1927 by 12 women of Polish descent. At its formation, the club’s stated purpose was to preserve and broaden knowledge of Polish culture, while encouraging local Polish residents to pursue higher education.

Over 88 years, it accomplished much, but later this year, the Polanie Club – with an aging and dwindling membership – will dissolve and donate its archives to the University of Minnesota’s Immigration History Research Center Archives (IHRCA).

Such community partnerships further the University’s research, learning, and outreach missions – while building on the Libraries’ impressive archival collections, which are available to and used by researchers, scholars, and historians around the world.

For the Polanie Club, it was a dream to have its records and archives stored at the University of Minnesota,” said Marta Alicja Swica, a Polanie Club member since 1987. She noted that the club always has had a close relationship to the U of M and, in fact, many of the founding members were alumna. 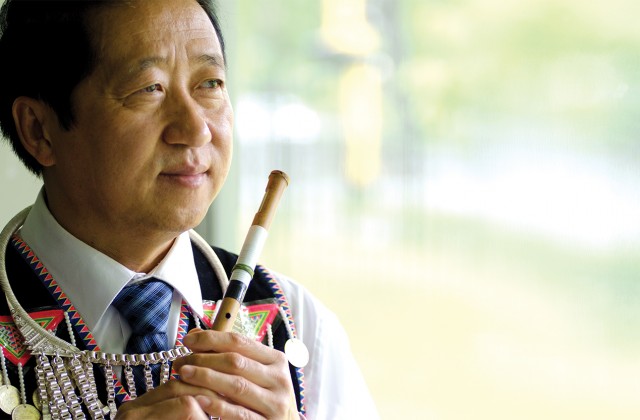 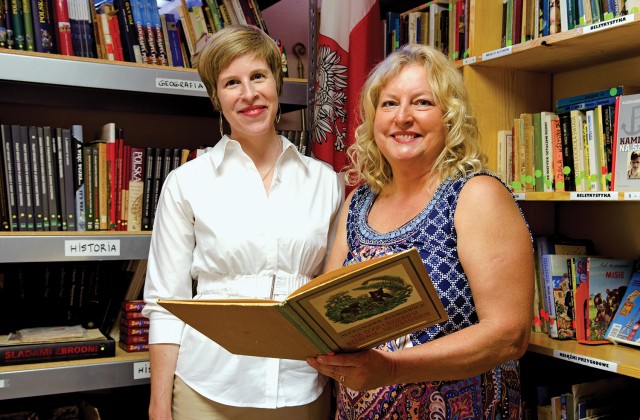 Ellen Engseth and Marta Alicia Swica
“It’s so hard to let go, but this is the best place (the archives) could be,” Swica said. “Everything will be organized and people will have access to it.”

And there’s a wealth of material to access. During its run, the club, among its many achievements, became a successful publisher of books related to Polish culture, including poetry, short stories, and cookbooks.

The golden egg, as Swica calls it, Treasured Polish Recipes for Americans, published in 1948, provided much-needed revenue to fulfill the club’s dreams of establishing a college scholarship fund.

As of this summer, a student or scholar can now visit the University’s Elmer L. Andersen Library to begin research on a paper or a book about the Polanie Club and the history of immigrant Poles in Northeast Minneapolis.

“Culture can be a vehicle in self empowerment and a way for one group of people to understand another group of people,” said Ellen Engseth, Curator for the IHRCA and head of Migration and Social Services Collections at the Libraries. Engseth worked closely with the Polanie Club in acquiring its archives. “We collect and make safe and preserve that record of human activity.”

Engseth and her colleague Erika Lee, Professor of History and Director of the closely related Immigration History Research Center within the College of Liberal Arts, have made it a priority to focus research and community engagement on recent immigrants and refugees from Africa, Latin America, and Asia, while also building the IHRCA’s collection.

“We’re drawing on 50 years of experience in collecting and sharing stories of the immigrant communities to America,” said Engseth, who notes that the Libraries’ Social Welfare History Archives is also celebrating its 50th anniversary in 2015.

That change in direction is reflected in “Immigrant Stories,” an IHRC/Libraries initiative that empowers immigrants to tell their own stories using multimedia tools. Lee is quick to point out that these aren’t traditional oral histories where an “expert interviewer” asks pre-set questions, but instead they’re designed to put the immigrant in the driver’s seat and allow them to tell their story.

Lee said that’s especially important for the newer immigrants, who are not portrayed in the same glowing terms as those from the late 19th and early 20th centuries.

“When we think about the Ellis Island generation, for example, there’s a very certain narrative that gets promoted,” Lee said. “It’s one that’s about the huddled masses’ journey to be free, coming to America in search of economic opportunity and freedom from persecution, and how America delivered – and that’s how we became a great nation.”

Today, she said, the media headlines on immigration tend to negatively focus on border security, undocumented immigrants – even terrorism. The charge for historians and others, she said, is to examine why the stories are so different.

“What are the sources?” she asked noting that traditional sources for historians include the media and census data. “But what about the immigrant voice? What about the refugee voice?”

Passing Hmong tradition down to next generation

Bee Vue, an immigrant from Laos who came to America in 1987, participated in Immigrant Stories, along with five other individuals from his Hmong community. In his video, Vue demonstrated the traditional Hmong flute, which is used to perform music, but also as a way to communicate.

“For example, when you date someone, it would be hard to say ‘I love you’ because it’s not appropriate in my culture,” Vue said. “But I could say it when I play music.”

Through Immigrant Stories, Vue hopes to pass along these Hmong traditions to a younger generation of Hmong, but he believes that others can learn from these stories, too.

“I know that prejudice comes from when people don’t understand each other, right? … That person looks different than me, he could behave differently,” Vue said. “But you and me might have the same heart, the same mind, and the same thinking. By understanding each other and by expressing myself and sharing my culture … you will better understand me and then that type of prejudice will be eliminated or at least reduced.”

While the IHRC is shifting focus to recent immigrants, its fundamental goals of engaging the community and promoting interdisciplinary research remain at the forefront.

“In the IHRC and Archives from the very beginning we’ve taken to heart Theodore Blegen’s idea of grassroots history,” Lee said. “We’re very much a product of the social history movement from the 1960s.”

“We do this professionally and we do it really well,” Engseth said about the role of the IHRC Archives in working with the community. “It’s a partnership. We hope that people feel it’s a benefit. In the end, this allows for deeper inquiry and hopefully a broader understanding of immigrants in the United States.”

EDITOR’S NOTE: Immigrant Stories is made possible through support of the Digital Public Library of America Digital Hubs Pilot, with generous funding provided by the National Endowment for the Humanities and the John S. and James L. Knight Foundations. View an online exhibit from the collection at z.umn.edu/immigrant2015 or learn more about the Immigrant Stories initiative at the Minnesota Digital Library.