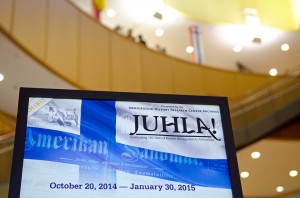 October 30 was something of a “Finnish – American Day” here at the Immigration History Research Center Archives (IHRCA). First, we co-sponsored (with our partners the Immigration History Research Center of the College of Liberal Arts) the symposium entitled From Emigration to Immigration: Historical and Contemporary Finland. We gathered to discuss the present and the past, on the theme of Finland’s transition from largely a country of emigration to one of immigration during the past century and a half.

This symposium was timed to recognize the 150th 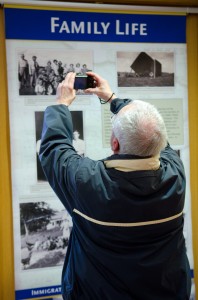 anniversary of Finnish immigration to Minnesota. Speakers, including Dr. Johanna Leinonen as keynote as well as Dr.s Awa Abdi, Matti Jutila, Marko Kanenen and Erika Lee, explored with attendees diasporas past and present, including the contemporary experience of the Somali diaspora to Finland and Minnesota. In a panel regarding Finnish-American collections and research, myself and Jim Kurtii of the Finnish American Heritage Center were joined by DMA Candidate in Conducting Russell Adrian, Leinonen, and (via teleconferencing) Johan Enkvist of the National Archives of Finland to discuss use of archives, collecting, and collaborative projects in American and in Finland. 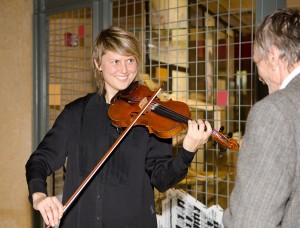 The day finished with a well-attended reception both closing the symposium as well as opening the IHRCA’s current Andersen Library exhibit, Juhla! Celebrating 150 years of Finnish immigration to Minnesota. Juhla is a Finnish word for celebration, and this exhibit thus commemorates Minnesotans past and present on the occasion of the 150th anniversary of the first Finns arriving to settle in Minnesota.

Juhla is curated by archivist 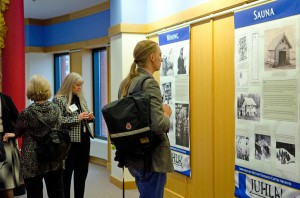 Daniel Necas, former librarian Sara Wakefield, and myself.  It is presented in twelve topics which correspond with the IHRCA’s Finnish-American collection strengths; topics include mining, cooperatives, labor and workers’ movements, publications, the arts, religion, and sauna. Our opening reception included remarks by Kris Kiesling, Elmer L. Andersen Director of Archives and Special Collections, and myself, as well as Marianne Wargelin, Honorary Consul of Finland for the Twin Cities.

In addition, attendees were treated to the modern and folk music of Sara Pajunen, a Minneapolis-based musician, violinist, and composer, who researches in and then musically interprets the historical collections.

Juhla! Celebrating 150 years of Finnish immigration to Minnesota is open to the public and is located on the 2nd and 3rd floors of the Andersen Library through the end of January, 2015. 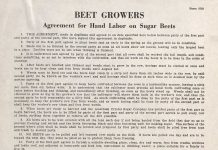 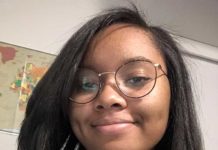 Work-from-home updates from the archives

Mapping Prejudice: A reckoning with structural racism in the Twin Cities

‘This Land’ film screening and discussion