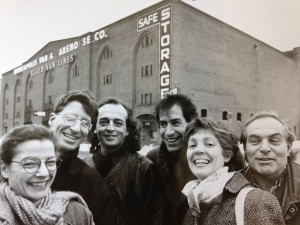 Mr. Lathrop got a truck, boxes, and a few Libraries staff and headed over to save the materials from oblivion.

Four years later, on another hot summer morning, the Performing Arts Archives’ current curator took an unexpected call: the Theatre de la Jeune Lune building was being sold. We had three hours to find a truck and a case of boxes — and one last chance to gather up what had been left behind. 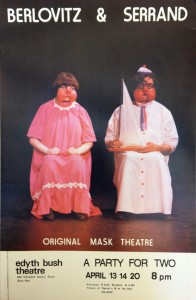 sult is a vast, varied, and exceedingly rich portrait of one of the Twin Cities most important theaters.

Donated to the University of Minnesota by the Theatre de la Jeune Lune Board of Directors, the newly organized and fully available research collection includes over 30 years of production records (scripts and drafts, prompt books, clippings, press releases, programs, photos, posters, research, and notes), as well as extensive administrative records, a full run of season flyers dating back to the early 1980s, press clippings about the company and its artists, costumes, and other ephemera.

There is a full catalog of audio-visual materials, including nearly 400 video recordings that have been digitized for research and preservation purposes as part of a 2012-2013 grant from the Minnesota Historical and Cultural Legacy Amendment funds.

The work of organizing and making the Theatre de la Jeune Lune archives accessible was made possible by the generous donors to the University Libraries Creative Heritage Initiative.

Records include those of founders

Records in the collection date back to as early as 1973 with a small collection of materials documenting the duo act of founder’s Dominique Serrand and Barbra Berlovitz, Berlovitz and Serrand: Original Mask Theatre.

Berlovitz and Serrand met in Paris at L’École Internationale de Théâtre Jacques Lecoq, where they studied mime and found a shared passion in the work of Charlie Chaplin and Commedia dell’arte. Berlovitz and Serrand drew from their shared education and interests, and performed new and original work of mime and mask in both France and the United States throughout the 1970s. 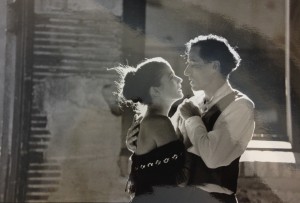 In the late 1970s Serrand and Berlovitz joined creative forces with Vincent Gracieux and Robert Rosen, and together the four actors founded Theatre de la Jeune Lune in 1978. For several years, the troupe split their time between Paris and the Twin Cities before finally settling into a permanent building Minneapolis in 1992.

Rosen, Gracieux, Serrand and Berlovitz all served as co-directors and the core creative leadership team of the company for over 20 years. Theatre de la Jeune Lune continually garnered praise for its original, company-created works as well as for its reinvention of classics such as Tartuffe, Carmen, The Magic Flute, The Miser, and many others.

Shante Zenith, a student worker hired by the Manuscripts Division, completed initial processing of the collection. An actor herself, Shante was familiar with Jeune Lune’s history from her tenure as a young intern with the company, and then as its dramaturgical assistant. Zenith laid the processing groundwork by bringing order to the records of fully-staged productions, and by assisting with planning for the digitization of quickly-deteriorating video originally recorded in Umatic, VHS, and Reel-to-Reel formats. 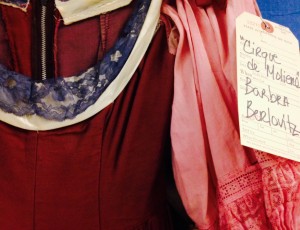 The remaining work of making the archives ready for research focused on organizing administrative records, rehousing costumes, and bringing to light the differences between Jeune Lune’s fully-staged productions and the many workshops, fundraisers, and smaller co-productions with other Minnesota performing arts organizations, such as Minnesota Dance Theater, the Minnesota Orchestra, and the Saint Paul Chamber Orchestra.

Despite achieving both local and national acclaim, the Tony Award-winning theater company closed it’s doors on July 31, 2008. Though the theater’s closing served as a great loss to the performing arts community, its archives promise that Theatre de la Jeune Lune’s history and legacy is alive as a resource to artists and students, filmmakers and scholars, fans and friends.