When Jonathan Koffel came to work as the Clinical Information Librarian at the Bio-Medical Library, he knew that he would be doing interesting work. However, he never envisioned that he would play a key role in creating a pilot company that has the potential to change the practice of radiology. 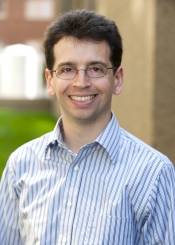 Physicians do not currently get the best return on this investment due to the way information is presented in radiology reports.

“The problem is that radiology reports are typically just a chunk of plain text. This limits the use and usefulness of the information,” Steinberger said. “If we can enhance radiology reports and link them to imaging and to the best research evidence, we can increase their impact and improve care.”

Steinberger’s observations on the limited use of radiology reports led to the creation of the UMARVEL research lab. The research team was made up of computer scientists, physicians, informaticians, and Koffel, a Clinical Information Librarian.

“The goal of the lab was to create a radiology report that includes imaging, improved communication channels, and most importantly, links from concepts in the report to the best research evidence about them,” Steinberger said.

Linking radiology reports with best evidence required expert knowledge of clinical information resources and their organization. This is where Koffel played an integral role within the research team.

“I helped identify relevant disease terms and find the best evidence about the diagnosis, treatment, and prognosis for conditions. I then worked with computer scientists to construct and conduct usability testing on various ways of presenting information within the radiology reports,” said Koffel.

“Jonathan helped make our project vision a reality. His input was critical in selecting, organizing, and displaying the best information to include in our enhanced radiology reports,” Steinberger said.

A company is born

The hard work of Steinberger, Koffel and the UMARVEL lab was validated when both the Mayo Clinic and University of Minnesota Physicians agreed to fund Evidentia Healthcare, the company which will put their research into production.

As Evidentia Healthcare begins a roll-out to selected users at the Mayo Clinic and the University of Minnesota, Koffel remains involved in the project.

“I am continuing to look for new ways to get the best evidence to health care providers when they need it most,” he said. 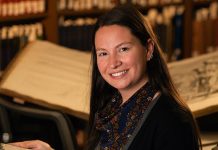