Walter Library received its name in 1959 in honor of Frank Keller Walter, who held the position of University Librarian from 1921 until his retirement in 1943.

More information about Walter’s visionary leadership at the University Libraries can be found on his biography page.

Built in 1922/23, Walter was first opened to the public as the University of Minnesota’s main library in 1924. The building went through a major renovation from 1999-2002 and remains one of the architectural treasures of the Twin Cities campus.

See our Building History & Facts page for more information about the building. 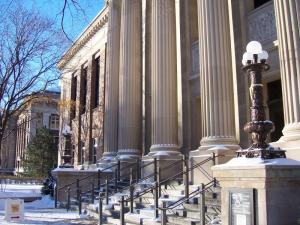