Bringing the treasures of the University Libraries to you!

Did you know that the University of Minnesota Libraries has one of the top research collections in the country? Roadshow is an opportunity for your group or organization to learn about the rare and distinctive collections we hold in trust for the State of Minnesota.

The best part of all—our curators and archivists will come to your meeting place to share the fascinating stories of the collections! Each talk will bring alive the topic with examples to illustrate it—facsimiles of rare maps, books, and manuscripts.

Schedule a Roadshow talk for your next meeting or a presentation and cavern tour on the University of Minnesota campus.  We will make every effort to accommodate your request depending on speaker availability! Please schedule two months in advance (minimum).  Group size: 12 or more.

Why did THAT book win the Newbery Award? Why didn’t THIS picture book win the Caldecott? As we review recent publications we will examine the criteria that critics, librarians, and judges use when selecting award winning titles. 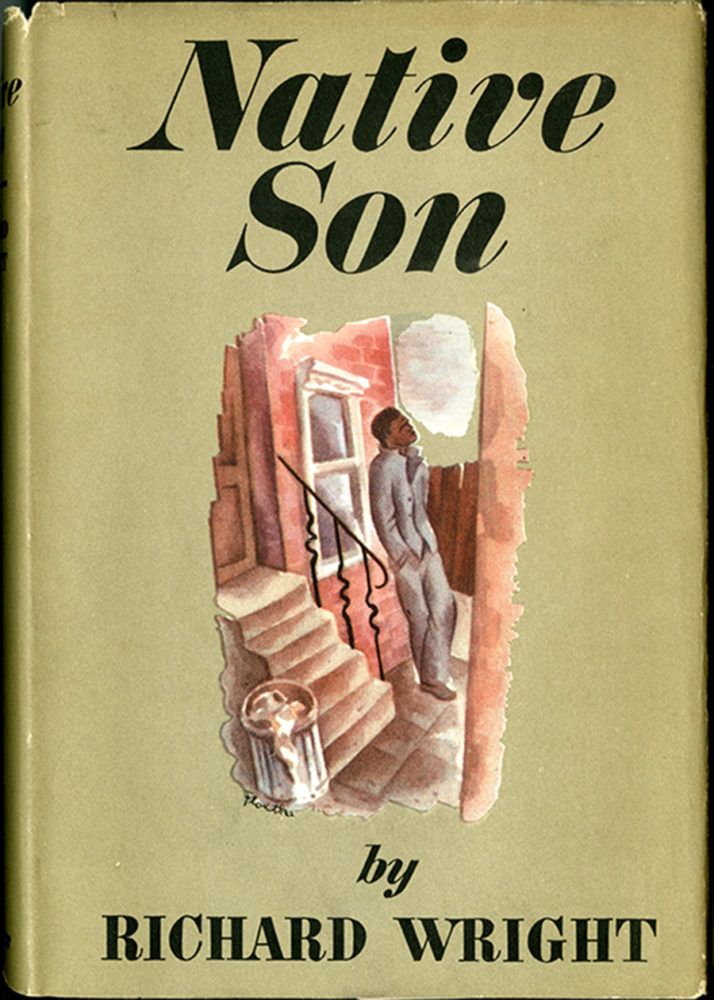 As early as the 1830s, free African Americans began collecting books and memorabilia that document the history and contributions of people of African descent. In addition to celebrating the beauty of material culture, Curator Cecily Marcus will explore how the act of collecting African American literature is intimately tied to questions of social equality, cultural diversity, and self-respect. 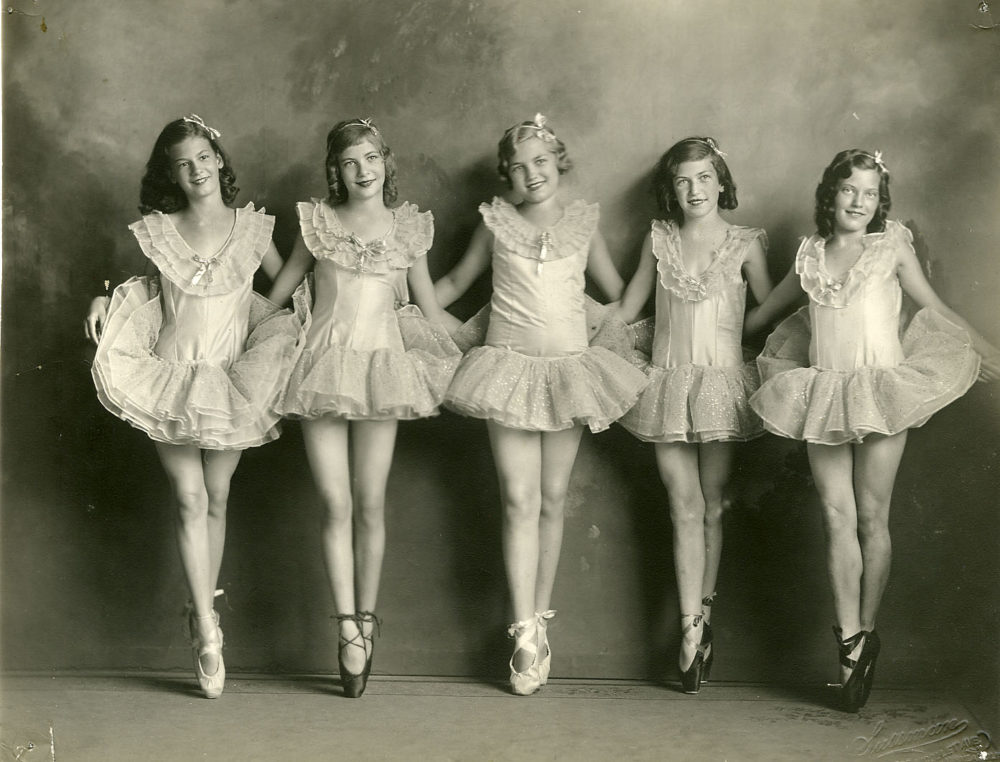 How do you capture the essence of a performance after the curtain closes? Theater performances are ephemeral unless the work that went into their creation is chronicled: the script iterations and annotations, costume design sketches, prop lists, correspondence, photos, occasionally recordings, and more. Join Dr. Cecily Marcus for a fascinating discussion of the challenges and opportunities for capturing the magic of the stage with examples from the archives of the Guthrie Theater, the Minnesota Orchestra, and other premier performing arts institutions in the Twin Cities. 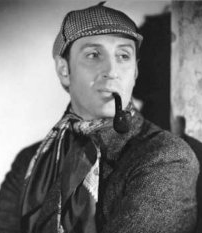 How did the University of Minnesota come to be the home for the world’s largest collection of Sherlockiana?  Join Curator Tim Johnson to learn the answers to that question. You’ll also learn how Sherlock Holmes maintains a substantial presence in today’s popular culture.[/accordion][accordion title=”Sherlock Holmes as a Cultural Icon”]

Since his creation by Sir Arthur Conan Doyle in 1887, the world’s most famous consulting detective, Sherlock Holmes, has moved from the printed page to the silver screen.  Curator Tim Johnson examines the arc of Holmes popularity from the earliest short stories on through theater, radio, film and other popular media.

Liebenberg and Kaplan, Architects (1919-1969), were noted for designing more than 200 motion picture theatres in the Upper Midwest, many of the early ones featuring an art deco style.  Chief among them are a number of movie theaters in Minneapolis and the Upper Midwest designed in the Art Deco or Streamlined Moderne style, for which they are best known today. These include such masterpieces as the Hollywood , Uptown, and Varsity Theaters in Minneapolis, the NorShor in Duluth, the Fargo in the city of the same name, and the Hays in St. Cloud. 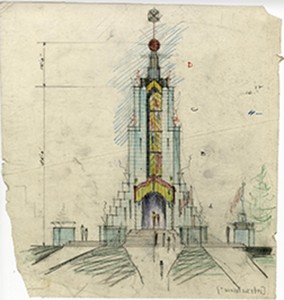 Take a captivating look at Clarence (“Cap”) Wigington,  the first African-American to be appointed as an architectural draftsman in the City Architect’s office in St. Paul (1915).  For the next thirty-four years, he designed many park buildings, schools, the Holman Field administration building, and the Highland Park Water Tower. He also created Ice Palace designs for the St. Paul Winter Carnival from 1937 to 1942, including the one shown here. 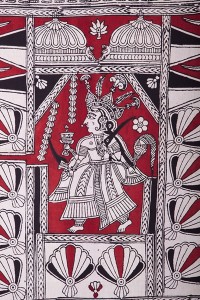 Former University of Minnesota Curator of the Ames Library of Southeast Asia, Donald Clay Johnson, has traveled extensively and his journeys have led him to the bazaars and back alleys where he met antique textile dealers and craftsmen, amassing a collection of exquisite textiles.  Dr. Johnson will provide an overview of some of the surface design textile techniques (block printing, tie and dye, and embroidery) found in India as introduction to the cultural diversity of India. Throughout the presentation you’ll see lush examples of these textile decorative types.

Norway as a giant green island; the sea filled with giant monsters…no Sweden at all!  These are just some of the features of early maps of Scandinavia that will be shared with you in this exciting presentation!  Drawing on maps in the James Ford Bell Library at the University of Minnesota and elsewhere, Curator Dr. Marguerite Ragnow will share Scandinavia’s role in the history of cartography, including the infamous Vinland Map, which just might be the earliest map of the New World!

Learn how America got its name in this fascinating presentation drawn from the James Ford Bell Library collection at the University of Minnesota.  Dr. Marguerite Ragnow will discuss this saga of early printing and exploration and why Amerigo Vespucci was privileged over Christopher Columbus, featuring the first globe to use the name “America”.

Join Dr. Marguerite Ragnow, curator of the James Ford Bell Library at the University of Minnesota, as she leads you on a voyage of discovery through the early maps of the Americas. See California depicted as an island, the Appalachian and Rocky Mountains depicted running east to west, and the curious route of the Mississippi River as early cartographers charted our ever-changing knowledge of the New World.

How was the Christian Bible assembled into the book we know today?  Using examples from collections of the University of Minnesota Libraries’ rare books collection you’ll learn about the process of “canonization,” translation, scribal transmission, and printing that brings this sacred book from its earliest forms in scrolls and papyri through medieval manuscripts to modern day translations and editions. 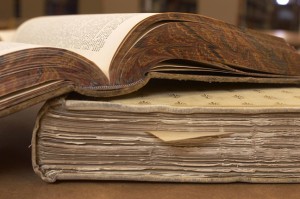 Viewers captivated by “Downton Abbey,” the period drama created by Julian Fellowes and broadcast to American audiences on PBS, are equally interested in the many details of post-Edwardian English country living. Some of these points of interest include what people read, collected, and displayed in impressive country house libraries.  Some of these libraries were the work of generations and included volumes by significant authors, illustrators, or book binders covering a wide range of topics and eras.  This talk will explore some of the fascinating tales, details, and perhaps even mysteries bound together in these resplendent libraries.  Together we will look at the “Downton Abbey” library and those of surrounding neighbors, exploring the richness of the English bibliographic countryside. 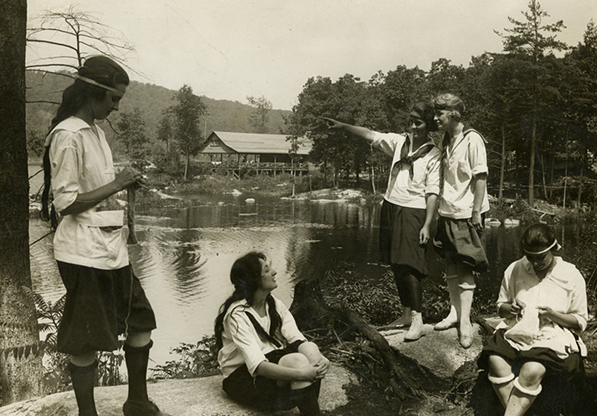 Children from cities across the United States spent part of their summers at camps run by settlement houses in their communities or playing in settlement-sponsored athletic leagues and recreation programs. Take a fond look back at the photographs, songbooks, newsletters and other documents that capture these summer experiences, including activities at camps run by Minneapolis area settlements. 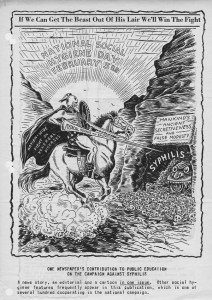 It wasn’t that long ago—in the early to mid 20th century—that the American Social Health Association advocated for legislation, community action, accurate sex education, and public health programs to combat STDs and prostitution.  The result is a treasure trove of documents on sexual health and prostitution including posters, educational pamphlets, and reports of undercover community investigations.

Pulp novels were cheap – in cost and often in content. They were meant to be read and thrown out.  Tame by today’s standards, they were scandalous at the time. But some were highly treasured by gays and lesbians seeking information and validation. Gay male themes were less common but thousands of pulps had at least some lesbian content. Enjoy great cover art, hear how word spread about positive titles and see what code words were used to market the books. Explore what the pulps reveal about societal attitudes and gay and lesbian life in the 50’s and 60’s.

In an unprecedented effort, University of Minnesota faculty, students, staff, and alumni banded together to raise almost $2 million in the 1920s to build “greatly needed structures”—Northrop Auditorium and Memorial Stadium—paying tribute to the men and women of Minnesota “who fearlessly sacrificed themselves in the great war.” A brochure rallying the University community to the cause praised the virtues of a new stadium with these words, “Minnesota’s program of comprehensive physical education…is set towards supervised play, and exercise in rugged types of games. Upon the foundation thus built will scholastic training securely rest and normally function.”

Modern open heart surgery is a relatively new advancement and began right here at the University of Minnesota. Learn how this modern medical achievement played out in real time through numerous media outlets and how the conflict of academic science clashed with those trying to get an exclusive scoop through sources provided by the University Archives.

The University of Minnesota Libraries are home to over 7,000,000 books, 500,000 maps,  85,000 feet of manuscripts and archival materials that include documents, photographs, and audiovisual media — and much more!  In this session, you’ll learn about the challenges of preserving everything from medieval manuscripts, to 19th century glass plate negatives, to film reels from the 1960s, to digital files.  You’ll also learn how the Libraries are working to ensure that this remarkable body of knowledge is available for future generations.