Virtual book launch — ‘Surgical Renaissance in the Heartland’: A Memoir of the Wangensteen Era 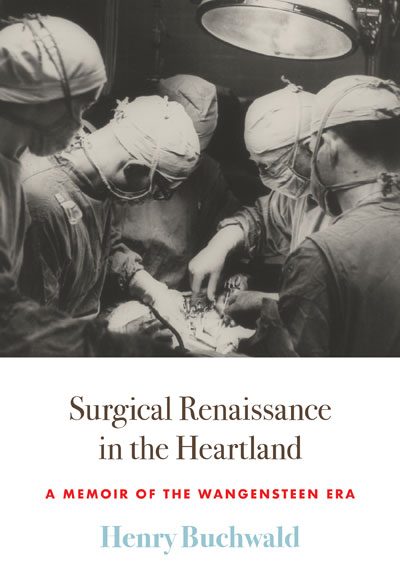 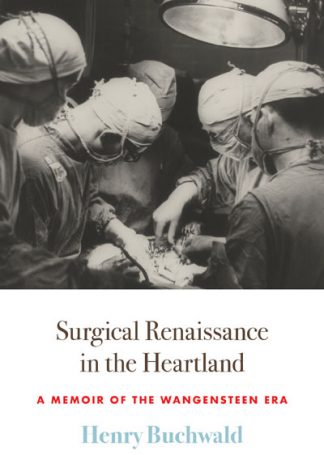 Please join Henry Buchwald on Wednesday, June 10 at 6:00 p.m. for the launch of his new book, Surgical Renaissance in the Heartland, moderated by the University of Minnesota Press’s regional editor, Erik Anderson, and co-sponsored by the U of M’s Wangensteen Historical Library of Biology and Medicine.

Henry Buchwald’s account of the Wangensteen era brings to life a medical culture that thrived on debate and the expression of ideas, a clinical practice bound only by the limits of a surgeon’s inspiration and imagination. Entertaining and informative, Surgical Renaissance in the Heartland conjures the character — and characters — of a time that forever changed medicine and the lives of millions.

What: Virtual book launch — Surgical Renaissance in the Heartland: A Memoir of the Wangensteen Era
When: Wednesday, June 10, 6:00 p.m.
Where: Online via Zoom (You will receive the Zoom event meeting link in your registration confirmation email. Please download Zoom at least 15 minutes prior to the meeting if you do not already have it installed. 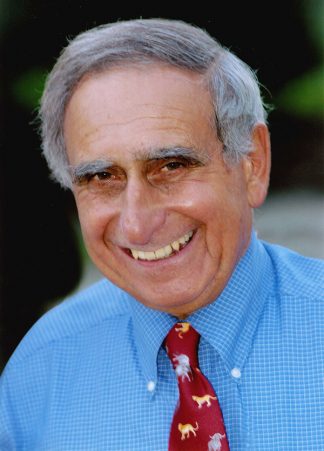 Henry Buchwald is professor of surgery and biomedical engineering and the Owen H. and Sarah Davidson Wangensteen Chair in Experimental Surgery Emeritus at the University of Minnesota. The recipient of numerous awards and honors in recognition of his clinical and scholarly accomplishments, he is the past president of five surgical organizations. He lives with his wife, Emilie Buchwald, the founder of The Gryphon Press and cofounder of Milkweed Editions, in Minneapolis.

In 1960, fresh out of a stint in the Air Force, Henry Buchwald was recruited by Dr. Owen H. Wangensteen to join the Department of Surgery at the University of Minnesota Medical School. For an American born in Austria, a child of the Holocaust, a position in a city then considered by some to be the “anti-Semitic capital of the United States” might seem an uneasy fit, but in the culture of innovation created by Wangensteen, Buchwald, who had chafed against the rigidity of East Coast medical practice, found everything an imaginative young surgeon could have asked for.

Buchwald describes the roots, heritage, and traditions of this remarkable period at the University of Minnesota Medical School, where the foundations of open-heart procedures, heart and pancreas transplantation, bariatric surgery, implantable infusion pump therapies, and other medical landmarks originated.

Surgical Renaissance in the Heartland is the story of a golden era in American surgery, ushered in by Wangensteen’s creative approach to medical practice, told by one who lived it.

“The significance and origin of the values behind the Wangensteen legacy are brought to life in Surgical Renaissance in the Heartland. This is a must read for everyone involved in American surgery and will help us remember the origin of our wonderful profession. Dr. Buchwald was there throughout and tells the story with great pride and affection. Spend an evening reading this book.”

“Initially as a surgery resident, then as a faculty member, and subsequently as one of the giants in his field, Henry Buchwald has expertly captured this vibrant atmosphere of medical discovery. His very personal and beautifully written account of this unique period at the University of Minnesota Department of Surgery is well worth the read whether you were there at that time or not.”

“Who would have guessed that a farm boy in a remote place like Minnesota would found one of the greatest surgical research centers in the world? In this remarkable, witty, and carefully researched work, Henry Buchwald, one of today’s great surgeon-leaders, reveals not only how it happened but also how we can and need to learn from that experience.”

“At its core, Surgical Renaissance in the Heartland is an inspiring and enlightening story about Owen Wangensteen’s dedication to the field of surgery, but it is also a portrait of the lives he touched and a tribute to how his innovation sparked change well after his time. For all of us who grew up in the shadow of the University of Minnesota during the Wangensteen era, the legacy continues.”

“This wonderfully written book gives insights into Dr. Buchwald’s journey through his surgical training to his research in the fields of bariatric and metabolic surgery. I am fortunate to be a recipient of his work. At age 27, I underwent two open heart procedures for severe, advanced coronary occlusion because of familial hyperlipidemia. This was followed by Dr. Buchwald’s Partial Illial Bypass surgery. I am now 72 years old, healthy, and free of significant coronary disease.”