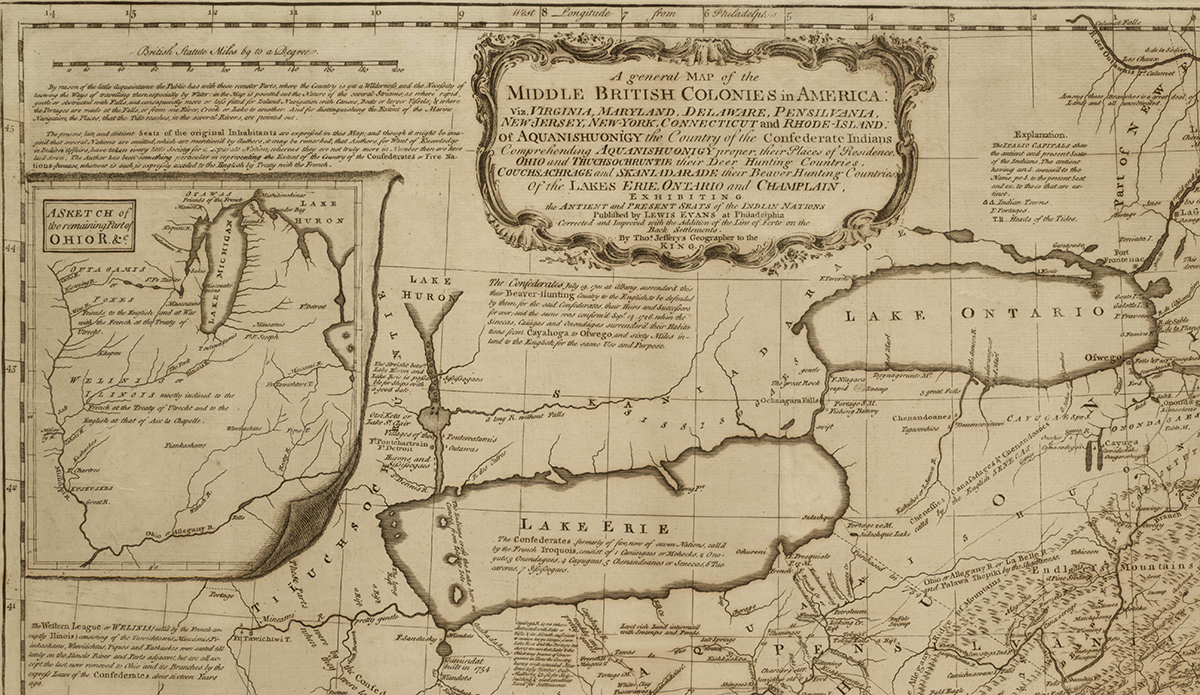 By the middle of the eighteenth century, European empires and their cartographers claimed territory across much of what actually remained Native American lands — a bold, familiar, but incomplete story of “discovery” and conquest. This talk will examine the most famous British maps of the period to explore a more complex story of how Native Americans shaped the geography of an imagined British Empire and the future of North America.

Chad Anderson is a Visiting Assistant Professor of History at Hartwick College in Oneonta, New York. He is the author of “The Storied Landscape of Iroquoia: History, Conquest, and Memory in the Native Northeast.” His writing on early American cartography, “Rediscovering Native North America: Settlements, Maps, and Empires in the Eastern Woodlands” was awarded the John Murrin Prize by the McNeil Center for Early American Studies.

What: James Ford Bell Lecture
When: Thursday, Oct. 7, 7-9 p.m.
Where: This event will now take place ONLINE only. Please register if you plan to attend. We will send you the webinar link by email as soon as it becomes available.