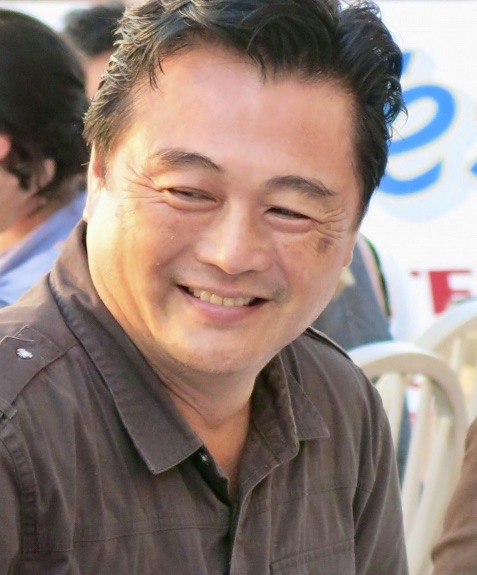 Join us April 7 at Elmer L. Andersen Library for the 13th Annual Pankake Poetry reading featuring David Mura and moderator Ed Bok Lee. Mura has written four books of poetry, has won numerous awards for his writing, and has taught at several colleges and universities, including the University of Minnesota.

David Mura has written four books of poetry, “The Last Incantations,” “Angels for the Burning,” “The Colors of Desire” (Carl Sandburg Award, Chicago Public Libraries), and “After We Lost Our Way” (National Poetry Contest winner). He has received Loft-McKnight Awards and Minnesota State Arts Board grants in poetry and he was featured in the Bill Moyers PBS documentary on poetry, “The Language of Life.” His writings on the craft of poetry, “Song for Uncle Tom,” “Tonto & Mr. Moto: Poetry & Identity,” was published in the University of Michigan Poets on Poetry Series.

Mura is the author of two memoirs: “Turning Japanese: Memoirs of a Sansei” (a New York Times Notable Book of the Year and Oakland PEN Josephine Miles Book Award) and “Where the Body Meets Memory: An Odyssey of Race, Sexuality, and Identity.” His novel, “Famous Suicides of the Japanese Empire,” was a finalist for the Minnesota Book Award, the John Gardner Fiction Prize, and Virginia Commonwealth University Cabell First Novelist Award.

Mura’s newest book is “A Stranger’s Journey: Race, Identity & Narrative Craft in Writing.” His collection of essays on race, history and narrative, “The Stories Whiteness Tells Itself: Racial Myths in Our American Narratives,” will be published by the University of Minnesota Press in the fall of 2022. With Carolyn Holbrook, he is co-editor of the anthology of Minnesota BIPOC writers, “We Are Meant To Rise: Voices for Justice from Minneapolis to the World.”

Mura has taught at the VONA Writers’ Conference, the Stonecoast MFA program, the University of Oregon, the University of Minnesota, St. Olaf College, Macalester College, and Hamline University. He has worked as Director of Training for the Innocent Classroom, a program designed by writer and educator Alexs Pate to train K-12 teachers to improve their relationships with students of color.

In 2018, Mura was awarded the Kay Sexton Award for contributions to the Minnesota literary community from the Friends of the St. Paul Public Library and the MN Book Awards.

About the Pankake Poetry Series

The Pankake Poetry Series was named in honor of retired librarian Marcia Pankake, whose love of poetry was demonstrated in the countless readings and poetry events she hosted at the University Libraries.

About the Friends Forum: A Series for Curious Minds

The Friends Forum — an exciting series of events to spark your curiosity and challenge your thinking — is brought to you by the Friends of the University of Minnesota Libraries.