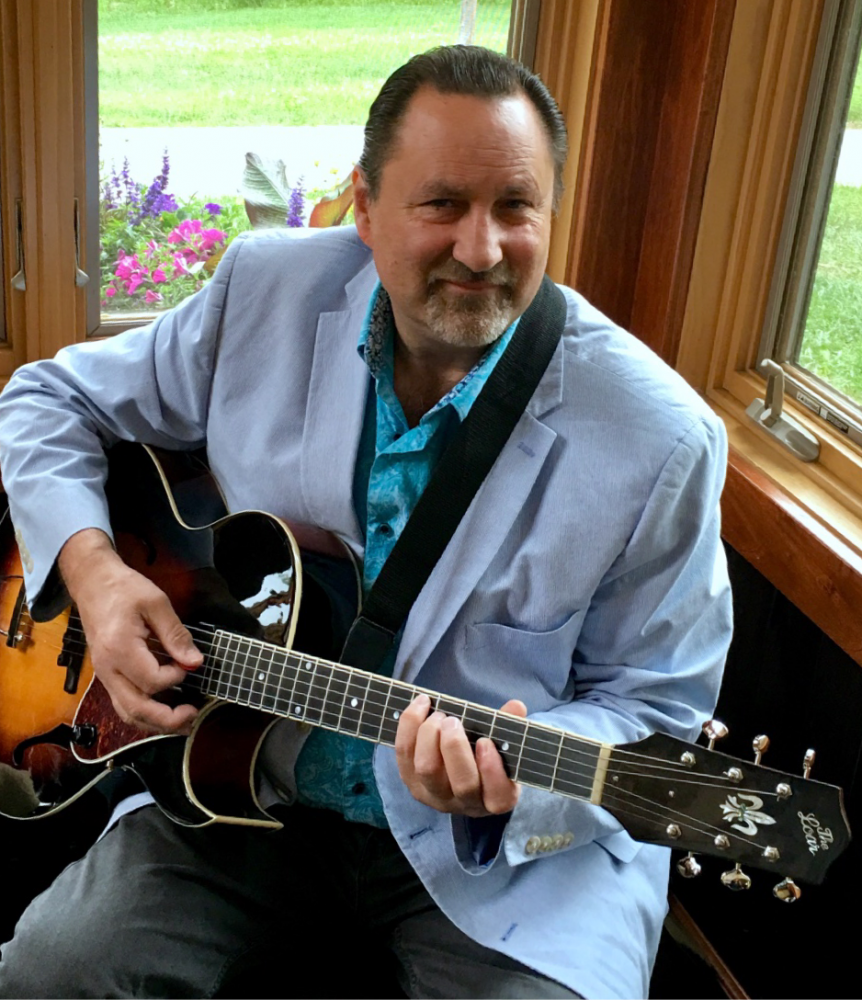 Join the Friends of the Libraries for an afternoon of art and music with jazz guitarist Briand Morrison. Morrison is the son of nationally renowned Ojibwe artist George Morrison and artist Hazel Belvo. The 35-minute jazz performance, Musical Impressions, is accompanied by a slideshow of George Morrison’s work. Briand Morrison will preface this performance with a short talk about his family, his father, the music, and the making of the slideshow.

A reception will follow the program. The event is free and open to all. Please register if you plan to attend.

Briand Morrison (b. 1961 New York) is Jazz Guitarist living in northern Minnesota. Morrison has been active in and around Minnesota and abroad for over twenty years. In addition to performing jazz he plays many styles and is a composer and producer. He continues to work at his home studio in the village of Grand Portage on the shores of Lake Superior. Morrison plays many types of music, and favors playing jazz. He is a fiscal year 2021 recipient of a Creative Support for Individuals from the Minnesota State Arts Board. Morrison’s song “Waves” was featured by MPR News as the Song of the Day on Nov. 22, 2021

George Morrison (1919-2000) was a member of the Grand Portage Band of Lake Superior Chippewa, and a renowned painter and sculptor. His work was honored by the United States Postal Service in 2022 with a stamp series featuring five of his paintings. Morrison taught at the U of M Department of American Indian Studies. His wood sculpture, “Wood Collage: Landscape” is part of the collection at the U of M Weisman Art Museum.

About the Friends Appreciation event

The annual Friends Appreciation event is our opportunity to thank you for your support! Please join us for an engaging program and reception. Not currently a Friend of the Libraries? Join now! Learn more about the Friends of the Libraries and the benefits of becoming a Friend.