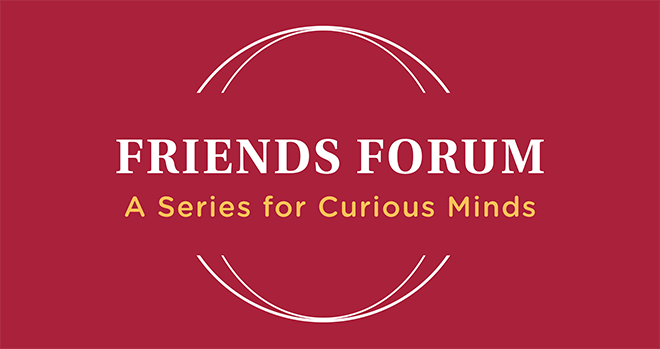 Join writers Sheletta Brundidge, Larry McKenzie, and Sagirah Shahid in a discussion with moderator Dara Beevas in the third installment of the Friends Forum’s Amplifying Black Narratives series. In this conversation, the authors and Beevas will discuss how age and individual experience influence their work, reflect on how authors find their narrative and encourage the community to find their voice — while reinforcing the message that when we uplift Black voices, we all benefit.

This online event is free and open to all.

Join us on Zoom!

PLEASE NOTE: Unfortunately, due to unexpected circumstances, writer Crown Shepherd — who originally was going to be a panelist — will not be able to participate in the Creation of Black Narratives event.

What: Amplifying Black Narratives: The Creation of Black Narratives
When: Thursday, Nov. 18, 7 to 8:15 p.m.
Where: Online event, please register to receive the Zoom link

Sheletta Brundidge is an Emmy Award-winning comedian, podcaster and media personality. Her son Daniel, diagnosed with autism spectrum disorder, was nonverbal until he began humming “Old Town Road” by Lil Nas X at age four. That irresistible video clip went viral on Twitter, getting two million hits and garnering attention from the national media. Daniel Finds His Voice, the new picture book Sheletta co-authored about her son’s ability to communicate through singing, hit the Amazon.com bestseller list after it was showcased on CBS This Morning. Sheletta has partnered with schools, libraries and clinics in Minnesota, Texas, and Louisiana to give hundreds of copies of her new book to teachers, therapists and parents.

Sagirah Shahid is a Black American Muslim poet, arts educator, and performance artist from Minneapolis, Minnesota. She is the recipient of awards and fellowships from the Loft Literary Center, the Twin Cities Media Alliance, the Minnesota Center for Book Arts, and the Shangri La Museum of Islamic Art. Shahid is a teaching-writer with Unrestricted Interest, a writing program and consultancy dedicated to supporting neurodiverse learners through creative writing. Her debut collection of poetry Surveillance of Joy is forthcoming from Half Mystic Press. Shahid’s children’s activity book, Get Involved In A Book Club, is available for pre-order with Capstone Press.

Larry McKenzie is coach, author, educator, and a long-time community and youth advocate with 20 plus years of experience working with urban youth. His service to young people has earned him numerous awards and recognition, including KARE 11’s Eleven Who Care, KTCA’s Everyday Hero, the Minneapolis Park Board’s Volunteer of the Year, and Positive Image Father of the Year.

Dara Beevas is the co-founder and Chief Strategic Officer at Wise Ink, a creative publishing agency, and has been in the publishing industry more than a decade.

Beevas is the author of The “Indie Author Revolution” and has a master’s degree in publishing from George Washington University. She was selected as an emerging writer by the Givens Foundation for African-American literature and was named a 2016 Bush Foundation Fellow. She lives with her husband and daughter.