Enriched and Inspired by the Libraries and Friends 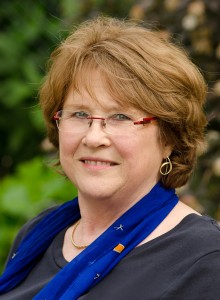 The late historian and novelist Shelby Foote was known for his love of libraries: he occasionally skipped classes to roam the stacks at the University of North Carolina, and he once went so far as to state that “A university is just a collection of buildings gathered around a library.” We can smile at that observation and take issue with it from many angles, not least because today, we can delve into the resources of a research library just about anywhere, anytime, whether from a phone, a laptop, or a dorm room.

Then again, we can find much in Foote’s comment to appreciate, because at the University of Minnesota, the awe-inspiring work of the Libraries is essential to every facet of University activity. Meeting the Grand Challenges, the U’s 10-year research goals addressing local and global concerns, would be impossible without the Libraries, which drive the U’s engines of discovery and creativity. One factor – but only one – is the Libraries’ amazing holdings, 8-million-plus volumes and publications in all current formats, which are depended on by learners, teachers, and researchers on campus, throughout Minnesota, and across all continents around the world. Also key to the equation is the Libraries’ staff: leaders among the nation’s librarians, experts in providing access to seemingly infinite knowledge resources and developing innovative educational partnerships.

If you care about the excellence, innovation, and service for which our Libraries stand, here’s your personal invitation to join a like-minded group: the Friends of the University of Minnesota Libraries, which promotes awareness of the Libraries and serves as an invaluable link between the University and the community. Most visible among the Friends’ efforts are the events it offers each year – thoughtful, often mind-blowing, always-engaging programs that highlight various collections within the Libraries and, increasingly, illuminate aspects of the Grand Challenges.

Consider the extraordinary programs presented in 2015-16. The season started with “Lions in the Balance: Man-Eaters, Manes, and Men With Guns,” an utterly unforgettable presentation by lion researcher and conservationist Craig Packer. Next up were “Eyewitness to Change,” Will Steger’s vivid account of global warming in polar regions, and “Rolling on a Winter’s Night,” with folk singer icon Pop Wagner creating warmth of another kind while shining a light on the Libraries’ Folk Music Archives. January brought Professor Susan Wolf ’s fascinating Feast of Words presentation on genomic medicine and its attendant ethical challenges, and in February, at our annual Member Appreciation event, architecture and urban design guru Tom Fisher gave a crystal-ball view of dramatic urban changes to come. The craft and compassion of Ray Gonzalez’ writing was revealed at our Pankake Poetry event in April. Capping the season was Kevin Kling’s enthralling talk “Books Cast Their Spell on Me,” rich with heartfelt observations of the ways stories shape our lives.

Many people deserve thanks for these and other programs ably managed by the Friends – providing awards to Libraries staff, developing specific community connections, and engaging networks of support. I speak for many in expressing particular gratitude for the work of Past President Judy Hornbacher, President-Elect Margaret Telfer, and – first and last in every such list – University Librarian Wendy Pradt Lougee and her entire staff. You inspire, you enrich, you create value beyond measure in serving those who love learning. Thank you!