From the Collection of Glen S. Miranker 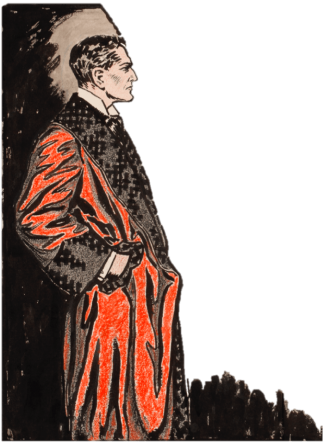 Since his first appearance in 1887 during the 50th year of Queen Victoria’s reign, Sherlock Holmes has been nothing short of a literary juggernaut. And the Great Detective who dazzled 19th-century readers is just as alive for their 21st-century counterparts, as evident in this traveling exhibition.

“Sherlock Holmes in 221 Objects” draws upon the preeminent collection assembled by Glen S. Miranker, rich in bibliographic rarities, manuscripts, books, correspondence, and artwork, all with fascinating stories to tell beyond their significance as literary and cultural landmarks. Named for the address of the detective’s Baker Street lodgings, the exhibition presents items that will intrigue bibliophiles, Sherlockians, and general audiences.

Highlights include leaves from “The Hound of the Baskervilles;” four short story manuscripts; original artwork by the British and American illustrators who created Sherlock’s iconic look for readers; a wealth of holograph letters from Arthur Conan Doyle to friends, colleagues, and well-wishers; a fascinating cache of pirated editions; the only known salesman’s dummy for the U.S. “Hound;” an “idea book” of Conan Doyle’s private musings in which he (in)famously penned “Killed Holmes” on his calendar for December 1893; and a handwritten speech—never before displayed—with the author’s explanation for killing Holmes:

I have been much blamed for doing that gentleman to death but I hold that it was not murder but justifiable homicide in self defence [sic] since if I had not killed him he would certainly have killed me.