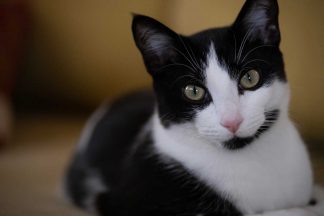 As winter daylight fades and the cold wind fingers its way through tiny cracks into your abode, a feline companion may be appealing.

It’s getting colder and we’ve had our first snow: How about a good book to read, a cup of something warm, and a cat on your lap?

A cat can be a wonderful companion on a winter’s day. You might have to wait until the square of weak sunshine slips away from the couch, or for all the mice to be caught, or for the barn cat to seek shelter from a storm — but once a cat settles in, you probably won’t want it to leave.

Of course, if you really want your cat to visit you on a chilly day, fire up your computer or laptop: they will be glad to take a cat walk on your keyboard. Who says that novel writing during the month of November is only for humans?

As long as the cat doesn’t loll on the keyboard, you also  can start looking for other wonderful examples of this fierce, sleek, often aloof, and sometimes friendly species online in our Libraries’ collections and archives.

10 cats from the archives

We chose about 10 cats for your catappreciation from various collections within the Libraries — UMedia, the James Ford Bell Library, and the Minnesota Digital Library.

Wanda Gág and ‘Millions of Cats’

Seeking cat-isfaction? Check out Minnesota-born artist Wanda Gág’s “Millions of Cats,” printer’s versions of which are held in our Kerlan Collection. 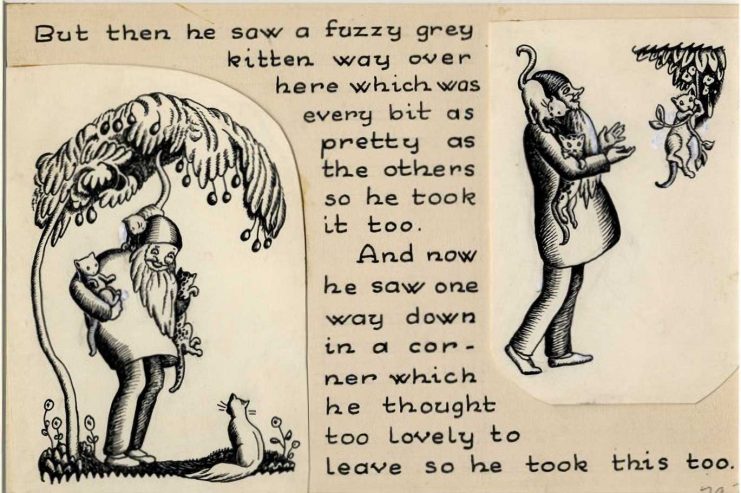 Or perhaps you’d like to admire this image of Minnesota-born Wanda Gag with one of her several cats, at her country home in the East. 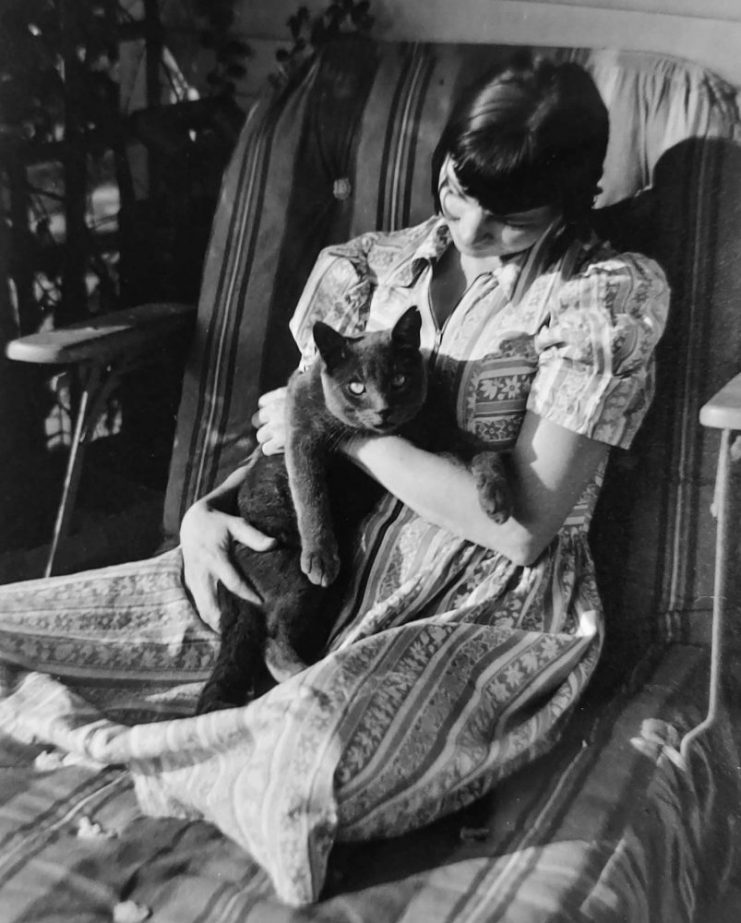 A cat with a cow

Here’s a cat taking a break from mousing, perhaps waiting for a squirt of deliciousness from a dairy cow. This color image of a black and white cat next to a black and white Holstein is from the archives of the Minnesota Agricultural Experiment Station. 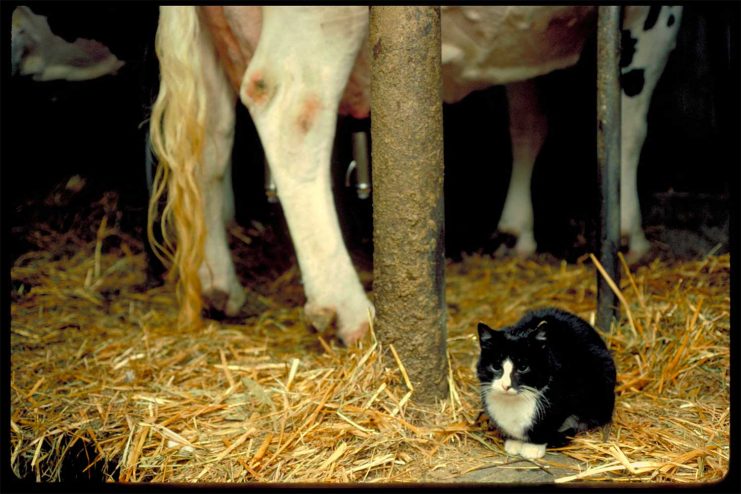 A somewhat exotic member of the cat family, a Jaguarundi, as drawn by Francis Lee Jaques, a wildlife artist extraordinaire raised in Minnesota. Found in our UMedia collection, this preparatory pencil drawing was for a scratchboard illustration that was published in Victor H. Cahalane’s “Mammals of North America” (1947). 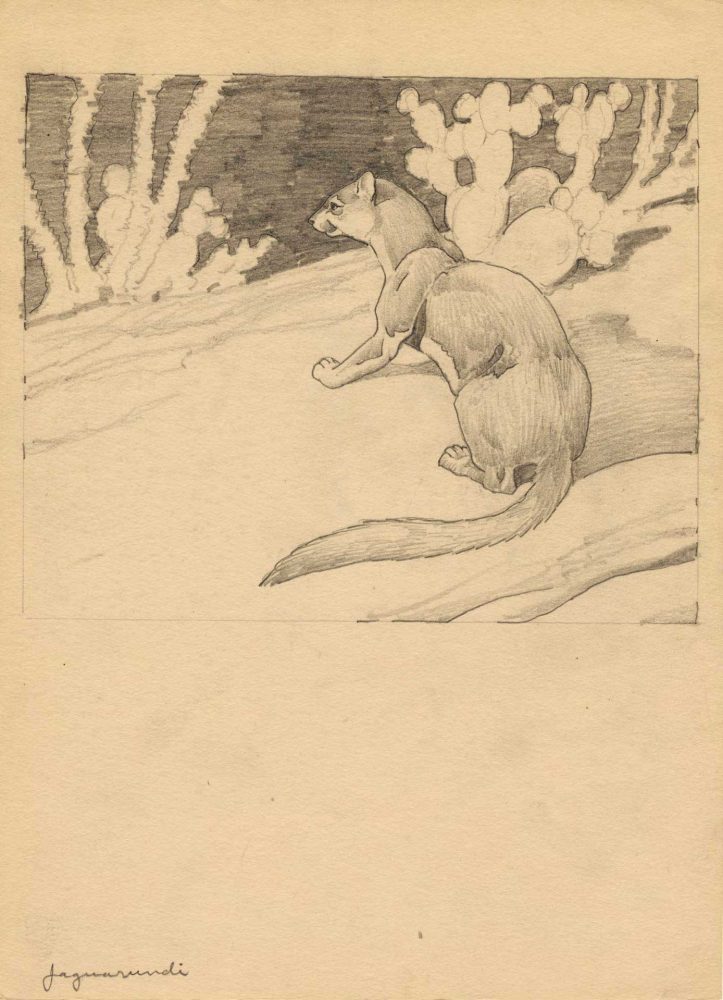 Cat on a feed bag

Cats, “meow, purr, do I smell tuna? … erm,” cats have had jobs for … “I spy a rodent whisker!” … ages, although they can be easily distracted by a feather, or leaves, or … anything. Let’s just note that Larry the Cat from 10 Downing Street (found on Twitter) is not alone in being a superb mouser. This sentinel cat on a feed bag, from our U of M Immigration History Research Center Archives, is ready to pounce on a scurrying mouse! 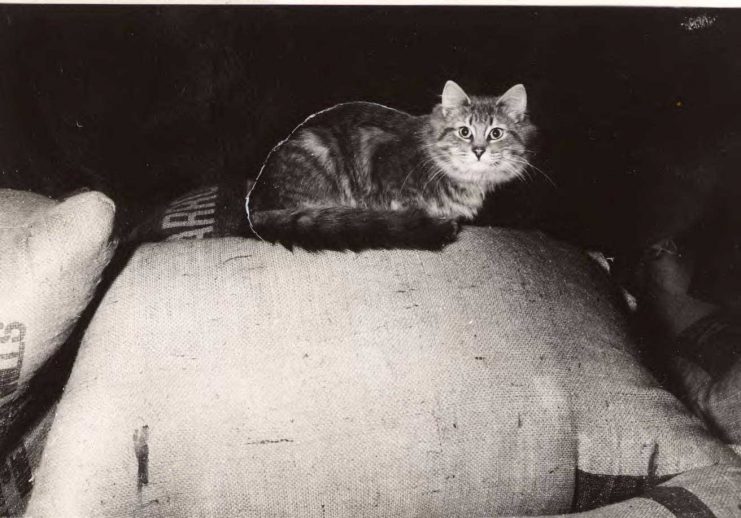 “Ystava,” shown in a regal pose in 1940, was not actually a member of royalty but rather the mascot of the Los Angeles Finnish Workers Club. (Immigration History Center Research Archives) 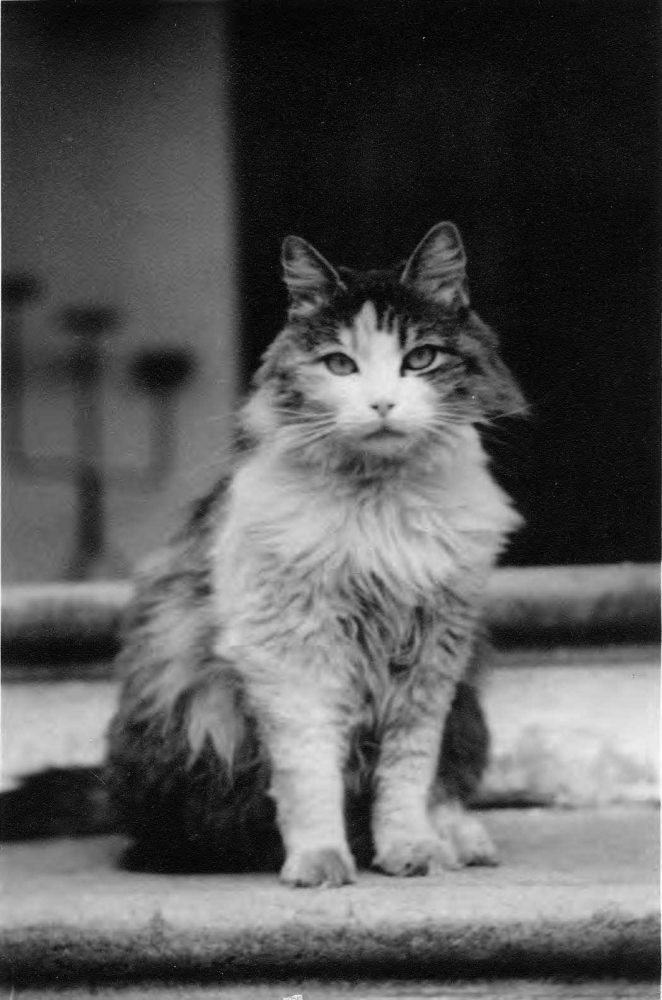 A cat and a map

While a human child holds a ruler and a compass to measure the earth as shown in this 1667 map, the cat has other ideas. Maybe he’ll unroll the index or hide in the draperies, in this corner image from a map held by the James Ford Bell Library. [Joan Blaeu, Le Grand Atlas (Amsterdam, 1667) Bell # 1667 oBl]

Fanny and her cat

It’s about 1919. Fanny Cohen stands in front of her family’s grocery store, located at 115 S. Wabasha, in St. Paul. Cohen was a widow when this picture was taken, and ran the business herself for many years. Well, let’s not forget the help of her cat! (Upper Midwest Jewish Archives) 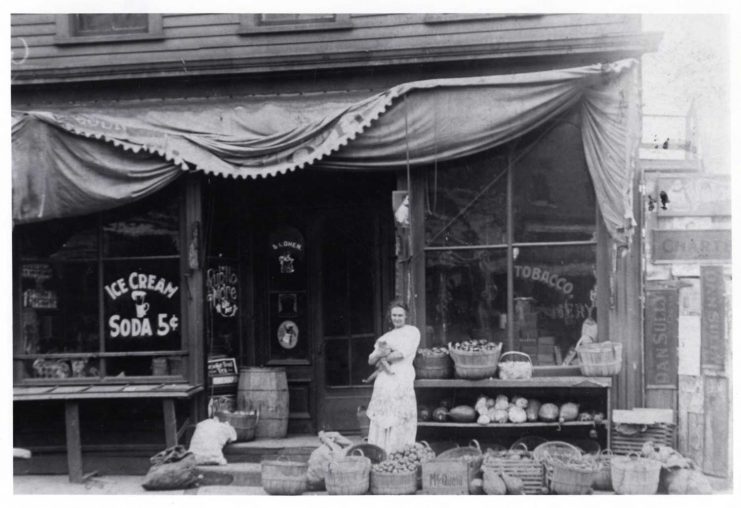 A cat a fish and a medieval manuscript

Felines often hide in unexpected places — speaking of cats, here’s one now, in a late medieval  manuscript, with a mouse or maybe a catfish, firmly trapped in his tiny teeth. Found amongst the tomes of the James Ford Bell Library –  a work by Bartolomaeus Anglicus, Le propriétaire des choses (Netherlands, early 15th century) Bell # 1400 oBa.

Sometimes, though, a person just needs the sight of kitties being cute, for which these five kittens with their whiskers deep in milk hit the calico spot. (Found on the Minnesota Digital Library, supported by Minitex, the U of M Libraries, the Minnesota Historical Society, and more fine organizations.) 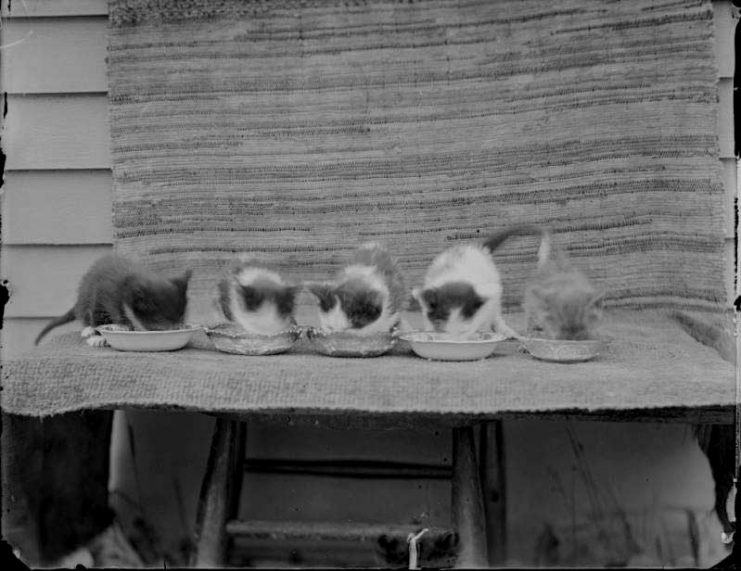