Labor Day became an official federal holiday in 1894 — so, by now, we Americans should have the celebration of America’s workers down! It began even earlier, according to Wikipedia: “‘Labor Day’ was promoted by the Central Labor Union and the Knights of Labor, which organized the first parade in New York City” in 1882.

Lest anyone think Labor Day only marks the end of summer, the last day of the Minnesota State Fair, or the final family picnic featuring squirt-gun “battles,” the U.S. Department of Labor reminds us of its meaning:

“American labor has raised the nation’s standard of living and contributed to the greatest production the world has ever known and the labor movement has brought us closer to the realization of our traditional ideals of economic and political democracy. It is appropriate, therefore, that the nation pays tribute on Labor Day to the creator of so much of the nation’s strength, freedom, and leadership — the American worker.”

We can find a multitude of images and newspaper accounts related to Labor Day and American workers in the University of Minnesota Libraries’ Archives and Special Collections. Many of these resources also are available online, through UMedia.

Here is just a sampling of UMedia posters and photographs specifically related to workers in the United States. Happy Labor Day! 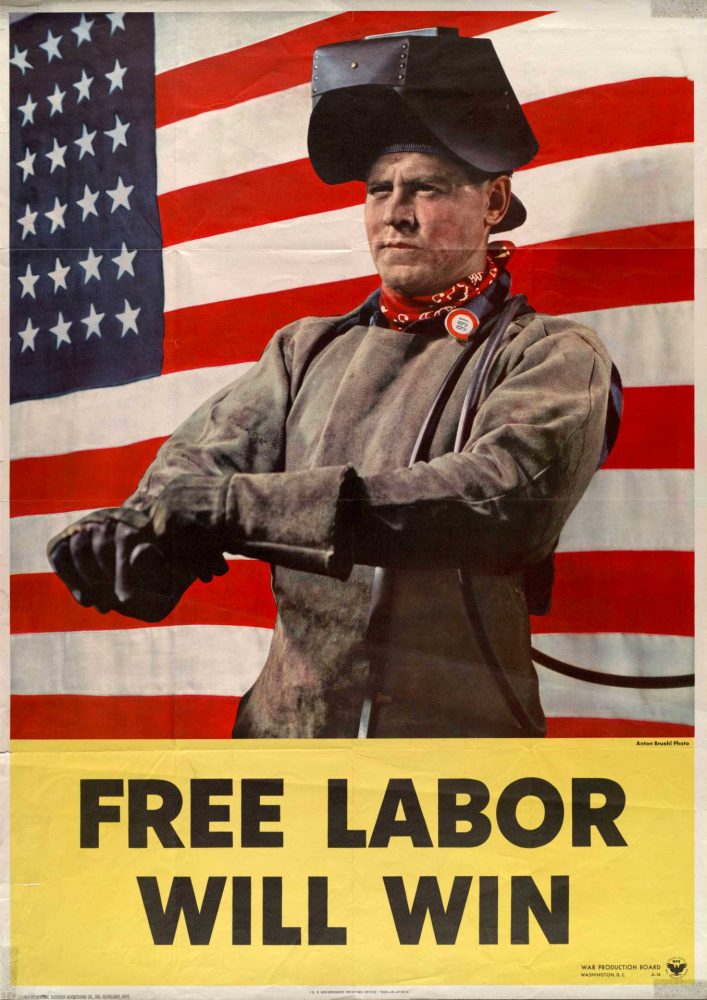 Free labor will win (1942). A welder wearing a face mask, protective work clothing and gloves stands proudly against a backdrop of a large U.S. flag, in this WWII-era poster. The poster was created by Anton Bruehl (1900-1983); the original is held in Hennepin County Library, James K. Hosmer Special Collections, Minneapolis Central Library, 300 Nicollet Mall, Minneapolis. This resource was created with support from the Institute of Museum and Library Services. 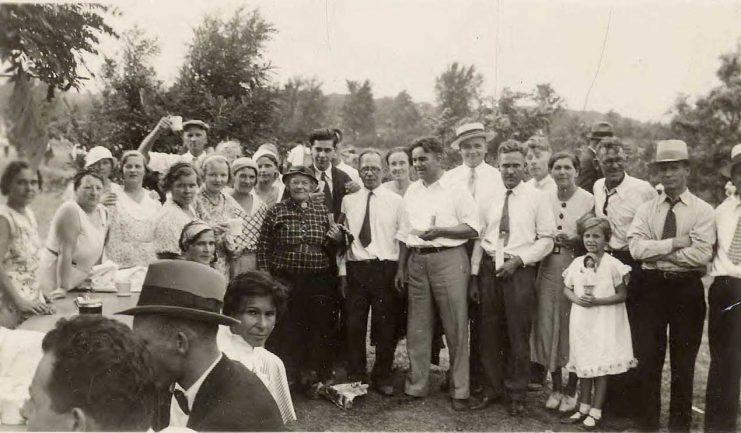 Workers camp in Detroit, Mich. (n.d.) Organizer Mother Bloor is in the center of this image. Ella Reeve Bloor, byname Mother Bloor, (1862–1951), was an American political organizer and writer who was active as an American socialist and communist, both as a candidate for public office and in labor actions in several industries. (Adapted from the Encyclopedia Britannica.) 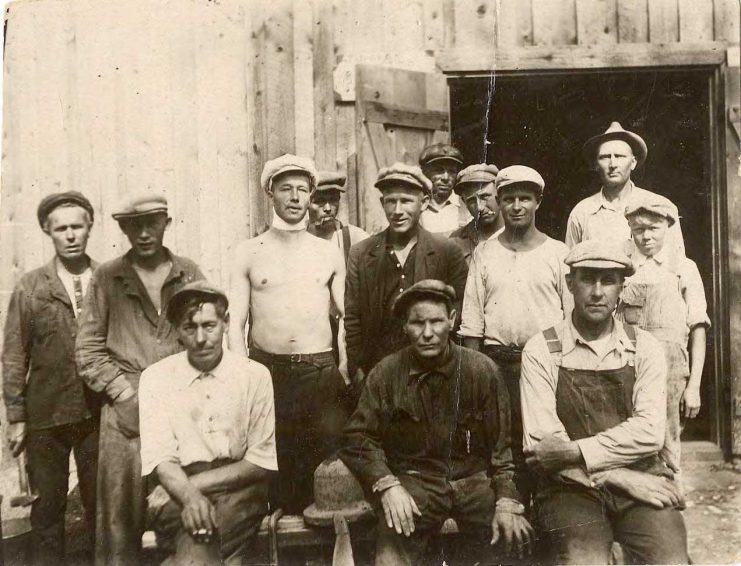 Workers, no location, ca. 1920s. This photograph belongs to the Finnish American Workers and Their Organizations Inventory of Three Photograph Collections organized and described by Timo Riippa and Heather Muir with funding from the Wirtanen Family Fund and the United Fund for Finnish American Archives. Held by the Immigration History Research Center Archives. 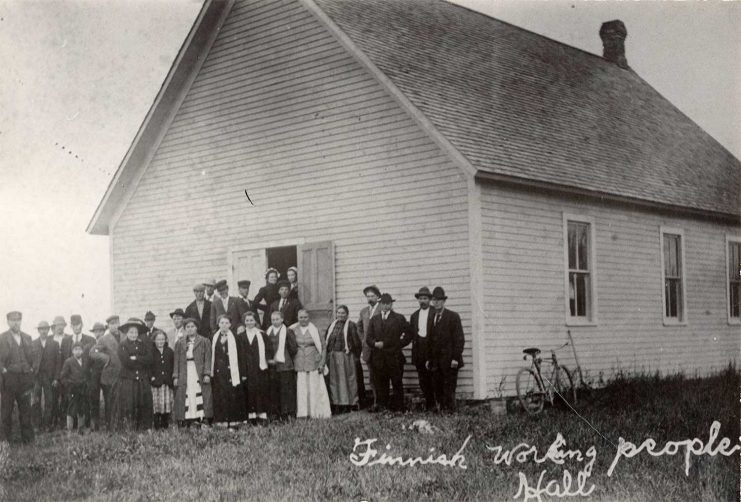 Finnish Workers Hall in Sebeka, Minn. (1910). The Finnish-American Tyomies Society (U.S.) was a socialist organization that offered membership to all laborers of Finnish ancestry. Finnish Americans still are most populous among the United States in Minnesota and Michigan.

A workers hall (in progress) 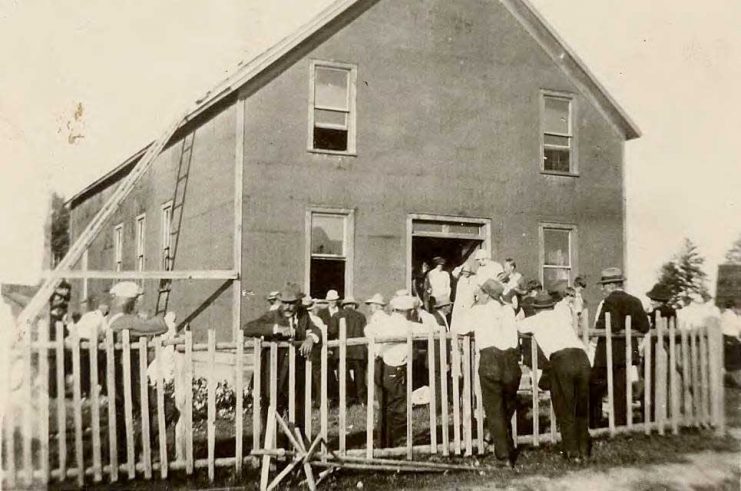 In progress: A workers hall (Markham, Minn., n.d.). With the siding yet to be nailed on, and the fence still being constructed, this Finnish workers hall is not yet completed — but judging by the crowd, it should be finished soon. 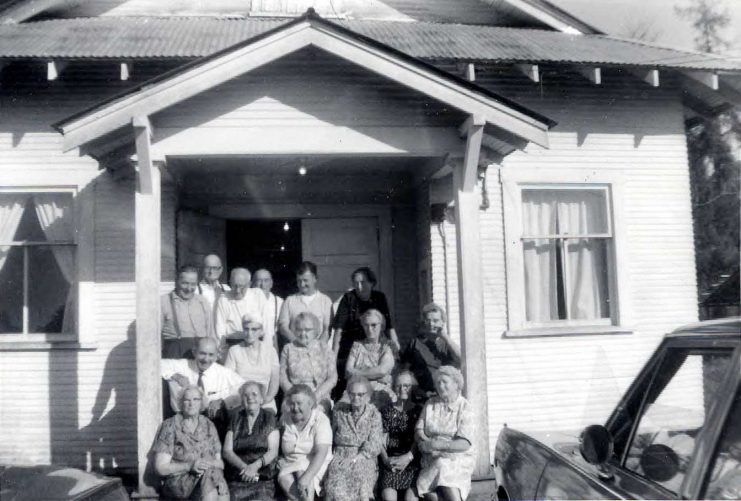 A 65th anniversary celebration at the Finnish Workers Hall in Swenson, Ore. (1968). Oregon was the first state to make Labor Day an official holiday, in 1887; this group is marking 65 years of Naisten Viiri, or the Women’s Pennant. 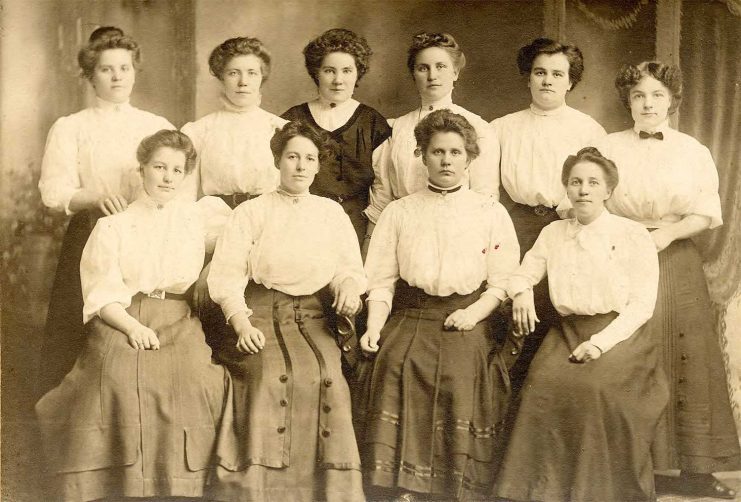 Organized domestic workers in Duluth (1909). This image also is from the Finnish American Workers and Their Organizations Inventory of Three Photograph Collections organized and described by Timo Riippa and Heather Muir with funding from the Wirtanen Family Fund and the United Fund for Finnish American Archives. 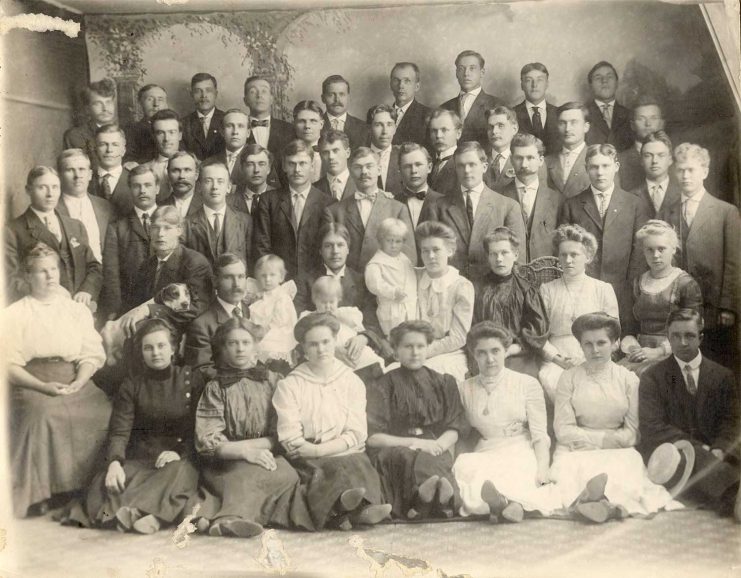 Finnish Labor Temple (ca. 1919). This image commemorates the opening ceremonies of the Negaunee, Mich., Finnish Labor Temple. As are most of these images marking Labor Day, this one is contributed by our University of Minnesota Libraries, Immigration History Research Center Archives.