Hey my name is Emily Ramirez. I work as an intern at the Health Sciences Libraries, completing a project at the Wangensteen Historical Library of Biology and Medicine. I’m finding tamper-proof medicines, and also preparing some of the things that are going to be shown in the Wangensteen Historical Library’s exhibit here at the University of Minnesota related to the 40-year anniversary of the tampering of Tylenol bottles.

Today I had the opportunity to learn about the Tylenol incident in Chicago, 1982. This incident killed seven people, one of the youngest being a 13-year-old girl. This happened because someone filled Tylenol capsules with cyanide and went back to put the bottles back where he/she found them. Then everything started to go wrong. People were taking their medications and the hours passed by and they would just drop to the floor due to the drug that they took. To this day, nobody knows who did such a thing. Nobody was held responsible. Here is ABC News coverage of the Tylenol murders. Ever since this incident happened, Johnson & Johnson came up with the idea of having a foil seal on their packaging so that people could see if it was messed with or not.

Here is one example of tamper-proof medicine bottles in the collection:

The bottle is closed with a cork and it also has a box covering it. This medicine is for croup, whooping cough, asthmatic and catarrhal coughs, LaGrippe and influenza. This medicine is used for any type of cough. 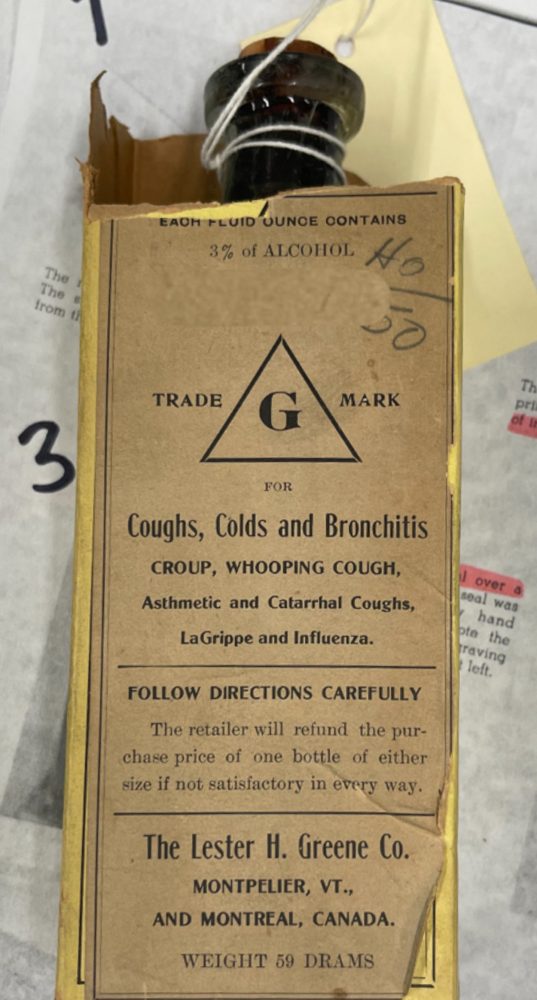