Building on the web of knowledge so that library users can find what they are seeking — and perhaps even discover something unexpected — takes training, thoughtfulness, connectedness, and, at times, a measure of Zen. Stephen Hearn, in his 33 years as a specialist in metadata and authority control at the University of Minnesota Libraries, expressed these characteristics — and more.

In libraries, metadata is key as people search for materials using a catalog that describes books, periodicals, recordings, and so forth. “Cataloging is the activity and metadata is what we create,” Hearn says; metadata is data about data.

In addition, to facilitate finding, librarians need to agree on common names for subject headings, people, organizations, publishers, and so on. The resulting authority record is “kind of an invisible file,” he says. “You see all these records linked to Shakespeare: You don’t realize that someone has to decide how to spell it.” And, setting aside William Shakespeare, how does one differentiate among all the John Smiths?

To these very difficult tasks, Hearn brought sharp analytical skills, honed by a bachelor’s degree in English at Columbia University and a master’s in classics — Latin and Greek — he earned from University of Texas at Austin before he switched to library studies. He is adept at figuring out puzzles.

“He is just incredible, an incredible professional, a colleague, and a friend,” says Betsy Friesen, who retired in 2020. Hearn’s retirement on Jan. 3, 2022, leaves “a big hole,” says Christine DeZelar-Tiedman, Cataloging Policies and Practices Librarian, who worked with Hearn in a variety of roles for more than 20 years.

“He was always a person you could go to — to bounce ideas off of or get another perspective or help interpret a thorny policy rule.”

Experience as a graduate student employee in UT Austin’s library opened Hearn’s eyes to a welcoming environment. Feeling that academia was at times harshly competitive, he found the culture of libraries to be highly collegial, which suits his gentle, equitable personality. “We were all working together for a common goal,” he says.

“He was always a person you could go to — to bounce ideas off of or get another perspective or help interpret a thorny policy rule,” DeZelar-Tiedman says. She’d ask his opinion on her proposed solutions to dilemmas in creating authorized headings.

“He would always find what was missing: ‘Oh, did you consider this?’ or ‘I found this thing that might be related.’ … Anyone who knew him, knew he was extremely intelligent and knowledgeable, but he was never intimidating about it.” She appreciates his kindness.

So does Stacie Traill, Metadata and Discovery Analyst.

“For someone young, new to the profession, and just finding my way, he was always very welcoming and approachable. He has a gift for explaining extremely complicated things in a way that makes them easy to grasp.”

He has taught authority control to students in the Library and Information Sciences Program at St. Catherine University, and also trained librarians throughout Minnesota and the region. Traill also found him very supportive professionally and personally; he will go out of his way to help colleagues.

Friesen put together a long list of Hearn’s outstanding strengths; among them, his integrity.

“Never in all the years that I have known Stephen have I known him to be miffed at anything. He is just solid in the way he deals with things.” And he’s generous with his spirit and his time. 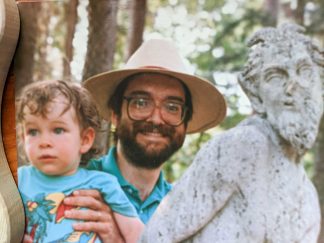 DeZelar-Tiedman saw a more Zen-like side of Hearn when she served with him on a task force set up by the Program for Cooperative Cataloging of the Library of Congress. Because it is a national body, with members all over the country, even pre-pandemic they met on Zoom as they looked at possibilities and tried to come up with recommendations for the future of metadata.

“A lot of the conversations in this group, in my mind, would just go in circles,” DeZelar-Tiedman says. “They would really go into the weeds and just keep coming around to the same points again and again.” After a meeting, she expressed her frustration to Hearn: “‘This drives me nuts.’ And he said, ‘Oh, I love it.’ He loved that kind of thing: really philosophical thinking and thinking ahead, discussing all these minutiae.”

He was unflappable, able to command simultaneously both in-depth details and the broader context of issues.

Hearn also demonstrates wit, humor, and playfulness. Data Analyst Michael Johnson notes that a few years ago, Hearn and others in the Libraries began meeting semi-regularly to game together.

“Stephen will see strategies and tactics almost instantly, even in games he’s never played before that day. He has a keen vocabulary and is extremely adept with several languages,” Johnson says. “He is playful, curious and generous. In our games, he’s always willing to learn new games, try out new variations, and while seldom effusive, he always brings a gentle and warm positivity to the event. … [H]e is patient, determined, and easy to underestimate.”

Engaging in wordplay, Friesen found him a formidable punster. “I would think, ‘I’m going to beat him; I’m going to get my pun.’ No, never. Not one single time was I the last pun standing.”

“He has a gift for explaining extremely complicated things in a way that makes them easy to grasp.”

After library school at UT Austin, Hearn became a cataloger at SUNY Cortland, where they promised “we’re just about to automate.” A couple of years later, however, he was becoming “concerned that the profession was in online cataloging, and we [at Cortland] were still using cards.” The University of Minnesota Libraries already had an early online system called NOTIS and, with family living in Minnesota, he chose to move here for a position.

Initially, his title was Authority Control Coordinator, looking with student staff at reports of new headings that had turned up in Minnesota’s online catalogs and analyzing the local authority file. Hearn calls this work “wrangling headings in the NOTIS system.” Following a week of training, he became the Libraries’ liaison to the Name Authority Cooperative Program (NACO), contributing to the Library of Congress Name Authority File. 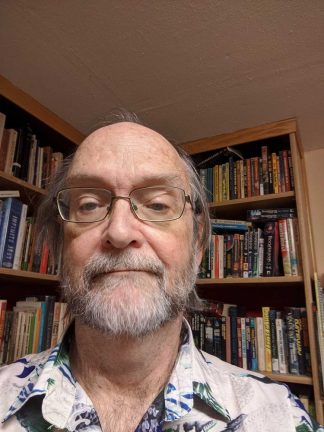 As the U of M Libraries moved from NOTIS to the Alma library services system, Hearn became concerned that the staff were creating local authority files “that were out of step” with the national authority files. “It became more and more unwieldy to have both files in play,” he says. As he moved from team leader in database management to metadata strategist, he got involved in these issues nationally and internationally for the sake of consistency and library user access.

“Stephen was able to work in the present, to use the systems to do the work that he needed to do, to do that disambiguation of entities, of things, of people — but also to look to the future and understand how it could work,” Friesen says. “He was something of a visionary in the work that we do in metadata, particularly.”

Merilee Profitt, Senior Manager of OCLC Research, remarked of Hearn: “You have helped us see both knotty problems and brave solutions as shared spaces for exploration and action.”

A start at smoothing the way to linked data 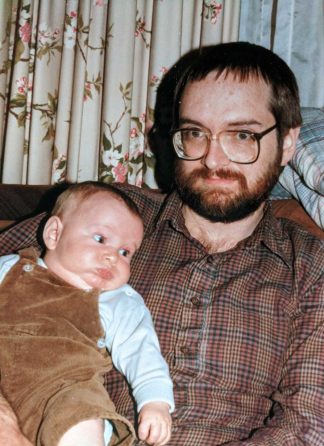 A knotty, downright gnarly, problem of the last decade is the need to move from MARC in library cataloging and metadata to a linked data approach. MARC, which stands for MAchine Readable Cataloging, launched in the 1970s. As the universe online expanded, however, MARC systems were left behind and now serve only libraries. This disjunction means that popular search engines like Google cannot search library catalogs. Librarians looked for other ways to encode data.

Linked data offers a way to recognize materials through relationships, Friesen says. “Rose Marie played in “The Dick Van Dyke Show,’ which is related then to Mary Tyler Moore,” she explains. “Mary Tyler Moore played ‘The Mary Tyler Moore Show’ with Sue Ann Nivens, played by Betty White, who also played Rose Nylund in ‘The Golden Girls.’ All of these relationships can be brought together using linked data, which is what we hope to move to once systems are able to handle them.”

Illustrating the power of linked data, Hearn served with the team that built rhizomes.umn.edu, a joint project of the U of M and the University of Texas Rio Grande Valley. This online, open-source portal connects nearly 20,000 items of Mexican-American art and visual culture from libraries, archives, and museums.

Hearn is among the leaders in advancing linked data, Traill says, but he’s neither a cheerleader nor a naysayer.

He’s really pragmatic. He sees the immense potential but he’s not going to sugarcoat the challenges. That has really formed my own thinking on linked data and where we’re going with it,” she says. The goal is to make library data accessible.

Another way to express this transformation is to shift “the [library] community’s focus from traditional authority control to identity management,” says John Riemer, Head of the Cataloging & Metadata Center at UCLA. Hearn’s help was “invaluable,” he says, in advancing practical ways to encourage this shift.

Once COVID-19 restrictions abate, Hearn hopes to visit Scotland, where his brother teaches at the University of Edinburgh. The life-long learning Hearn also plans to study Japanese again after starting and having to drop it for lack of time. His son and family live in Tokyo, and he wants to be able to engage his granddaughter in conversation.

“Do you know they have four different ways to write things in Japanese?” he asks, fascinated by yet another puzzle in the web of knowledge.