The United Nations Educational, Scientific and Cultural Organization (UNESCO) sees open science as a tool for reducing inequalities within and between countries. The General Conference of UNESCO adopted the Recommendation on Open Science at its 41st session on Nov. 23, 2021. What does this mean?

What is Open Science?

Open Science is all about opening up all aspects of research: publications, data, physical samples, and software to everyone, anywhere in the world. It means:

It also means investing in and supporting the use of open science infrastructure (see where the Libraries are investing at “Support for scholarly-owned infrastructure.”)

Despite the use of the word “science,” Open Science encompasses all types of research to include arts and humanities, as well as social sciences, not just traditional STEM (science, technology, engineering, mathematics) fields.

Researchers at the University of Minnesota have a wealth of information available through the University Libraries. But that’s not the case for most others. Through open science practices, researchers open “the processes of scientific knowledge creation, evaluation, and communication to societal actors” from less well-resourced institutions and “beyond the traditional scientific community.”

Open Science leads to open engagement. Researchers are able to reproduce and replicate the works of others, speeding the advancement of science. It also enables open dialogue with other knowledge systems, such as the understandings of natural surroundings developed by rural and indigenous peoples. UNESCO “recognizes the richness of diverse knowledge systems and epistemologies and diversity of knowledge producers” and the Recommendation:

“…aims to promote the inclusion of knowledge from traditionally marginalized scholars and enhance inter-relationships and complementarities between diverse epistemologies, adherence to international human rights norms and standards, respect for knowledge sovereignty and governance, and the recognition of rights of knowledge holders to receive a fair and equitable share of benefits that may arise from the utilization of their knowledge.”

What does it mean that UNESCO has adopted the recommendation?

The adoption of the Recommendation establishes a universal definition of open science — 193 countries have agreed to “abide by common standards for open science.”

UNESCO views open science as a tool for reducing inequalities within and between countries. It is in direct support of the Universal Declaration on Human Rights’ Article 27, which states “Everyone has the right freely to participate in the cultural life of the community, to enjoy the arts and to share in scientific advancement and its benefits.”

A key component of the recommendation is that member states will establish funding mechanisms to support open science. In the United States, the National Academies of Science, Engineering, and Medicine has been working on this through its Roundtable on Aligning Incentives for Open Science. More to come in 2022! 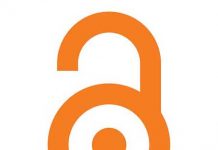 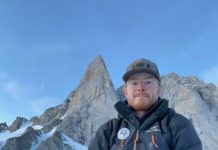