Two exhibits are currently on display at the James Ford Bell Library, housed in the Elmer L. Andersen Library on the West Bank of the University of Minnesota Twin Cities Campus. The Bell Room exhibit, “Hidden in Plain Sight: Rediscovering ‘Lost Voices’ in the Bell Collection,” introduces our plans for the types of exhibits that will be staged in the re-imagined Bell Room in the coming years. The main gallery exhibit, “Reimagining the World:  Matteo Ricci and the Jesuits in China,” (discussed in greater length in “Part 1” – my previous blog post) honors the return of Kunyu wanguo quanta [Map of the Ten Thousand Countries of the Earth] to its home in the Bell Library.

Both exhibits are free and open to the public, and we welcome you to visit us. Masks are required inside University of Minnesota buildings, and there is plenty of room to remain socially-distanced, so we are confident that this is currently the safest fascinating experience in the Twin Cities!

The Bell Room of the James Ford Bell Library is currently in a state of transition. Perhaps some of you reading this post will remember the period room in Wilson Library (or before that in Walter Library) that was nicknamed “the Treasure Room.” It was a beautiful, wood-paneled room, with a carved stone fireplace, that was meant to recreate the space in which a merchant-explorer might have sat and planned his journey, or, later, recounted his travel stories. When I was a graduate student, many years ago, I remember meeting for classes with Carol Urness (Curator from 1991-2001) in that room and being thrilled to be allowed to actually sit on the furniture. It was the location for many merry Christmas parties as well!

When the Bell Library moved to its new quarters in Andersen Library in 2018, the Bell Room was the only part left behind. But by Spring 2022, it will be removed from its old space and reconstructed in a new space in Andersen Library as well. The exhibit, “Hidden in Plain Sight: Rediscovering ‘Lost Voices’ in the Bell Collection,” is set up in the space that will become the reimagined Bell Room.

Before we started moving everything out of Wilson Library, we asked Dr. Samantha Thi Porter (Advanced Imaging and Visualization Research Associate with the Liberal Arts Technologies and Innovation Services (LATIS) at the University of Minnesota) to document the room for us using various imaging techniques. This incredible 360 degree photograph of the room is the result of her work.

We want to use the impetus of physically re-interpreting the Bell Room to offer exhibits that re-examine the contents of the collection as a whole in order to highlight aspects of it that remain under-studied — in a sense “hidden.” Our vision for this new, dedicated exhibition space is to showcase lost voices, to draw attention to specific situations or instances of oppression and exploitation, to acknowledge the debts the 21st century owes to these people of the past, and to raise awareness of the complex and sometimes horrific, sometimes amazing history of global interactions.

This introductory exhibit highlights three categories of people who are fundamental to the Bell’s collection, and yet have received relatively little attention: indigenous peoples of North America, enslaved peoples, and women around the world. These categories make sense together in this context, yet in practice they are of course quite different.

The exhibit includes panels highlighting and contextualizing items from the Bell’s collection, as well as a selection of books relating to these categories. Although the exhibit is relatively small, it includes a lot of fascinating material. For example: a French translation of Henry Timberlake’s account of an expedition to the Overhill Cherokees in 1761; excerpts from lists of men, women, and children enslaved on the De Mey van Streefkerk plantations in Suriname in the 18th century; and a journal kept by Nanette D’Erouvray, a lady’s maid, who traveled to Brazil as part of a royal entourage in 1831.

An added bonus for visitors to this exhibit is the opportunity to see the Bell’s magnificent celestial and terrestrial globes by Vincenzo Coronelli, created in 1696.

“Hidden in Plain Sight” will remain on view for only a few more weeks, so make plans to see it before 20 December. Renewed remodeling of the new Bell Room will begin in January, and we look forward to welcoming our friends into the finished space in May 2022.

Many thanks to the James Ford Bell Trust and trustees Ford and Amy Bell, who are underwriting a considerable portion of the costs of this renovation. 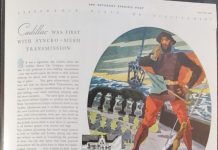 Visit the Exhibits at the James Ford Bell Library, Part 1: “Reimagining the World”