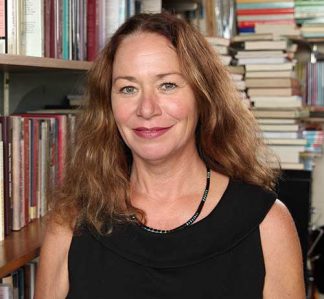 Jean O’Brien stepped on the campus of Bemidji State University in the 1980s intending to pursue American Indian Studies. That launched a scholarly career that led in 2007 to her co-founding the Native American and Indigenous Studies Association, which has an international reach.

At the start, however, as a member of the White Earth Ojibwe Nation, she focused on learning the Ojibwe language but switched to concentrating on American Indian Studies and History. At Bemidji State, O’Brien met a history professor who encouraged her to think about graduate school — although at the time “I really had no idea what that was,” she says. She graduated with a double major in history and social sciences, with a minor in American Indian Studies.

She moved on to the University of Chicago where, O’Brien says, initially, she was concerned whether her interest in American Indian history, fostered by her parents and bolstered by her grandmother’s roots on the White Earth Ojibwe reservation in northwestern Minnesota, would be fully supported.

“I was very happy and fortunate to find out I was going to be encouraged there by both faculty in history and important mentors in anthropology,” she says.

Steps along the scholarly path

“Like most academics in the humanities and social sciences, I spend a lot of time in libraries and archives. I understand their importance to the world — not just to what we [scholars] do but to everybody.”

O’Brien came to the University of Minnesota in 1989 to teach and do research on American Indians. She now is Distinguished McKnight University Professor and Northrop Professor of History and Chair of the American Indian Studies Department. She has published articles, book chapters, and seven books.

In her 2010 book, “Firsting and Lasting: Writing Indians out of Existence in New England,” O’Brien addressed the false narrative of extinction, demonstrating how colonial settlers writing their early histories of New England tried to erase American Indians. Pointing to foundational works for researchers, she co-edited the 2013 publication “Recognition, Sovereignty Struggles and Indigenous Rights in the United States: A Sourcebook.”

In the 2019 book “Monumental Mobility: The Memory Work of Massasoit,” O’Brien explored the mythology surrounding the first Thanksgiving as shown by statues of the Pokanoket chief. (For more, see Reviving Memory, Creating Change by Gina Van Thomme.) Her “Monumental” co-author is former graduate student Lisa Blee — just one of the skein of students she has taught.

O’Brien has advised 31 Ph.D. students, of whom about 40% are indigenous. She also points with pride to the University’s American Indian Studies department.

“We have the oldest American Indian Studies department in the country and therefore in the world,” she says. It was established in 1969, offers majors and minors, and teaches both Ojibwe and Dakota languages. Although it does not offer a doctoral program, the American Indian Studies department has a graduate minor and has supported graduate students in other disciplines.

Recently, O’Brien surveyed its influence over the last 20 years.

“I located more than 60 Ph.D.s that have come through various departments specializing in American Indian and Indigenous studies,” she says, “including many, many indigenous students.” They teach throughout the United States and Canada.

A new gathering of scholars

Formally established in 2009, the Native American and Indigenous Studies Association is the largest professional association in indigenous studies in the world, with membership numbering between 1,700 and 2,000 across the globe. O’Brien is a co-founder and past president of NAISA. She was, with Robert Warrior, inaugural co-editor of NAISA’s journal, Native American and Indigenous Studies.

“We are indigenous-centered but not indigenous-exclusive,” she says. “Our membership comes from all kinds of disciplines of people who are interested in working in the field.”
American Indian Studies is interdisciplinary and now many find in NAISA is their primary identification.

“It’s given an intellectual and community home to scholars all over the place who didn’t have this prior to the existence of this association,” O’Brien says. For her, it is a very special organization.

A friend of libraries

O’Brien has long been involved with the Newberry Library in Chicago and currently serves on its Board of Trustees. She also was elected to the American Antiquarian Society, a national research library on American history and culture through 1876.

When she was approached by Amelious Whyte Jr., now Chair of the Friends of the University Libraries board, and board member Lissa Jones-Lofgren, to consider serving on the Friends board, it fit her interest in libraries. She joined this year and looks forward to contributing her scholarly expertise to the Friends and the Libraries.

“Like most academics in the humanities and social sciences, I spend a lot of time in libraries and archives,” she says. “I understand their importance to the world — not just to what we [scholars] do but to everybody.”