Beverly Cleary died this past week at age 104. She gave many gifts to her readers, the greatest among them: the gift of seeing themselves on the page.

She gave Henry and Ribsy to the neighborhood child who asked Mrs. Cleary to “write stories about kids like us.”Ramona the Pest is a gift she gave to non-conforming girls. The Mouse on the Motorcycle, a gift to “reluctant readers,” boys AND girls. Dear Mr Henshaw’s Leigh Botts is a gift for kids not to feel so alone.

Cleary’s series books were the gateway to reading, books with no hidden lessons to be learned on how to be better children, or themes to be teased out (as Cleary herself said in many interviews).

Ask this reader, what was The Book that turned on the light?

As a child, I was an early reader. I entered kindergarten fluent from my older brother’s Dick and Jane books. There were a few battered easy-to-reads around the house like Go Dog Go.  I recall laying on my stomach turning the pages of square paperback fairytale retellings — images of Red Riding Hood walking on a path through the forest, a wolf lurking nearby, the candy-covered witch’s house in Hansel and Gretel. I was a second-grader who moved up to chapter books, on to the Bobbsey Twins, whose life was nothing like my own.

Looking back, I recognize that the books in our house were discards of others’ home libraries, perhaps garage sale offerings. I read them all and then read them again. There were junior deluxe editions: Hans Brinker, Little Women, The Five Little Peppers and How They Grew, Jack and Jill, Anne of Green Gables, Myths Every Child Should Know. These were aspirational tales from long ago.

The book? Mitch and Amy

For this librarian, it was Mitch and Amy. Third grade. The shock of recognition. I had never read anything like that. They were twins! I was a twin!  They were my age! Amy felt just like ME! Amy was good at reading; I was good at reading. Mitch was good at math and mechanical things. My twin brother, Rob, was good at those things, too. And like Mitch, he hated being stood over as adults demanded he read aloud to get better at it. Cleary states that this is the only book based on her own children.

Beverly Cleary lifted the veil on the interior life of nine-year-olds; messy and neat, imperfect and rude, “not good” and selfish, jealous and angry. Cleary gave us a very real world of friendships and misunderstandings, fraught sibling relationships, big feelings and test-anxiety, bullies and triumphs. The simple day-to-day events of school and home, reluctantly practicing musical instruments and times-tables. And she gave children a look at the fallible lives of grown-ups. Grown-ups who were exasperated, who made mistakes. Grown-ups who lost their jobs, who left and didn’t come back.

And for this librarian, Beverly Cleary (who was herself a librarian) embedded in her stories mentions of high interest books to read next. I am not sure I would have picked up Pippy Longstocking if Amy had not observed that the new girl, Bernadette, was like the eponymous character.

Children’s librarians love the “what should I read next?” conversation. If you sped through Dear Mr. Henshaw, you are going to love Love That Dog. You want books about real life like Beezus and Ramona? How about giving Ruby and the Booker Boys a try? Do you want a book about kids just like us? What about Jauna and Lucas (Jauna Medina), Bobbie the Brave (Lisa Yee), Meet Yasmin (Saadia Faruqi), and Indian Shoes (Cynthia Leitich Smith).

My thoughts return again and again to Linda Sue Park’s Project Mulberry. It is a book that seemed like the contemporary successor to Mitch and Amy. The perfectly balanced story of family, friends, and school. The best compliment to be paid to this story is: it is real. And once we start making these connections, it is hard to stop. The school librarian in me wants you to know that if you adore Ramona, you are going to love Stink, Dominique Daniel, Jo Jo Makoons, and Merci Suarez.

Adult Lisa can reread Mitch and Amy and be dismayed by gender stereotypes typical of the time. She will also recall the most generous gift of Cleary’s writings. 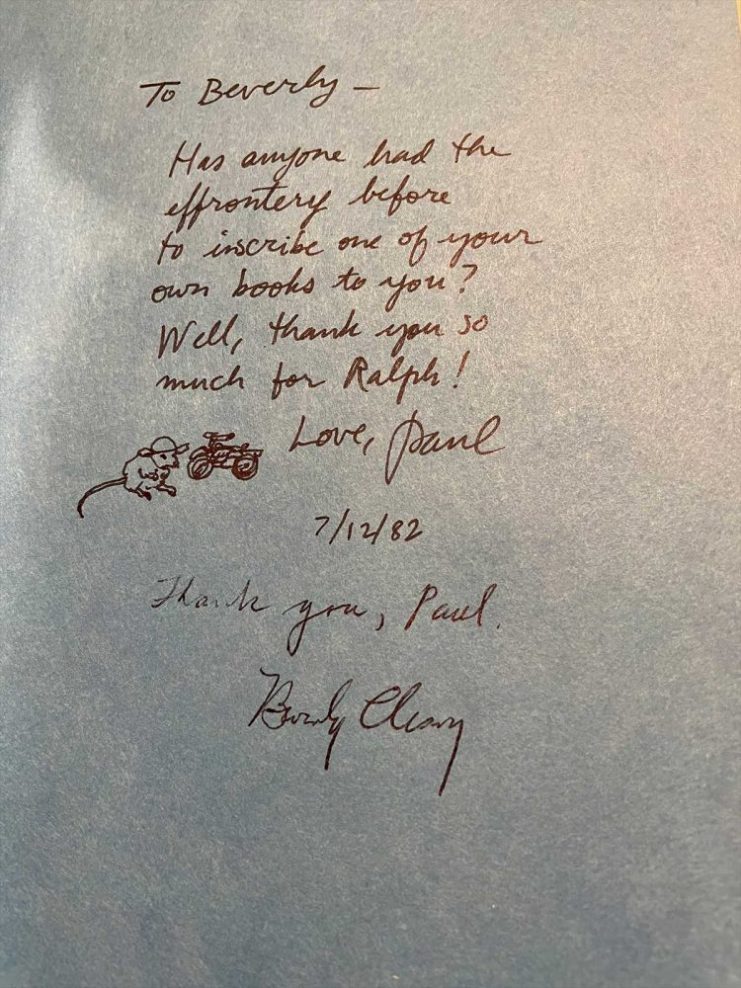 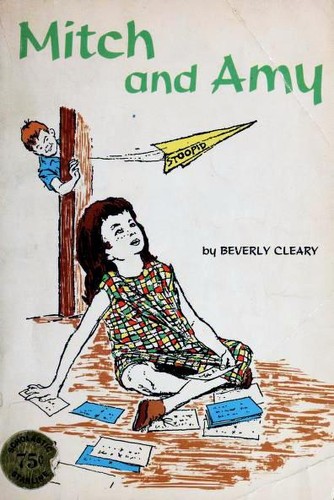 Cover of "Mitch and Amy" 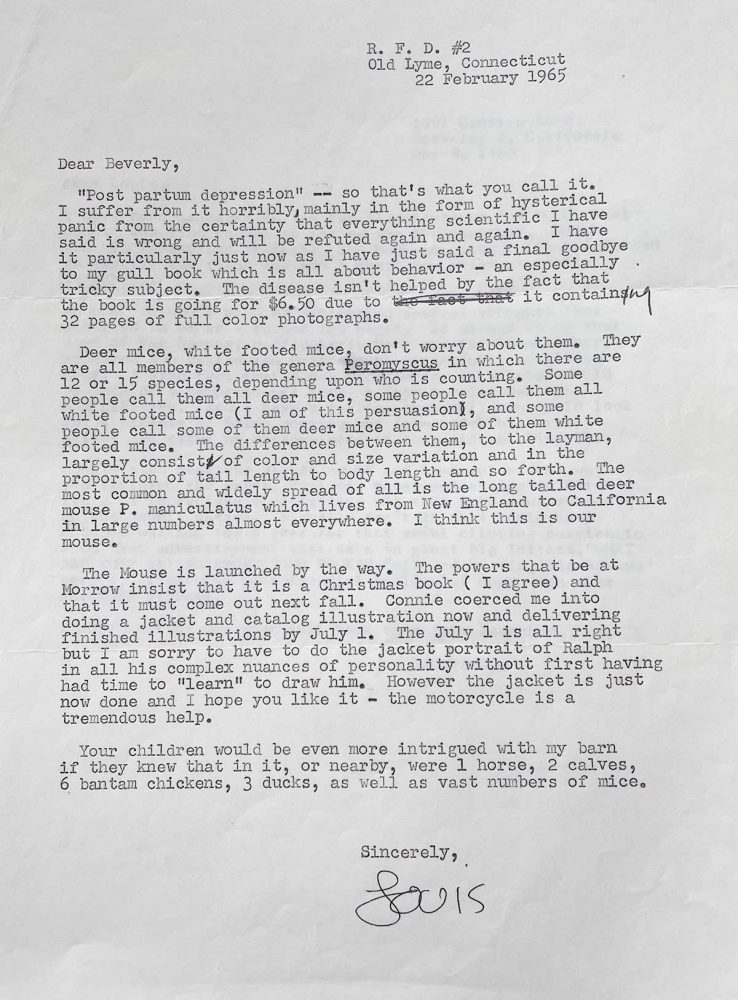 Louis Darling letter to Beverly Cleary about "The Mouse" 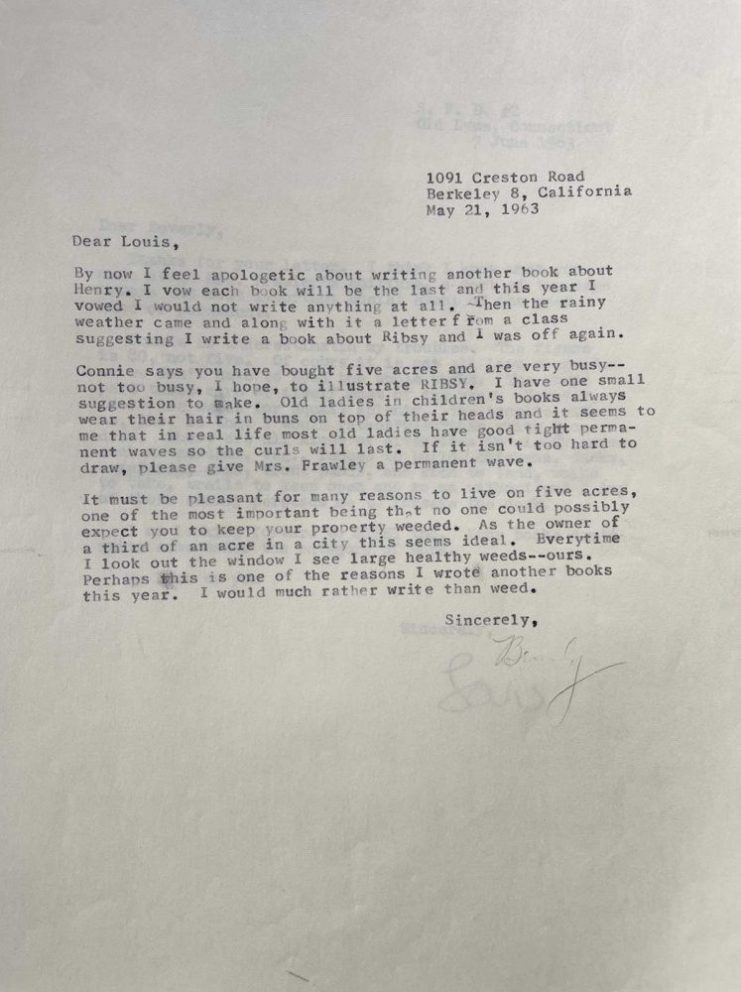 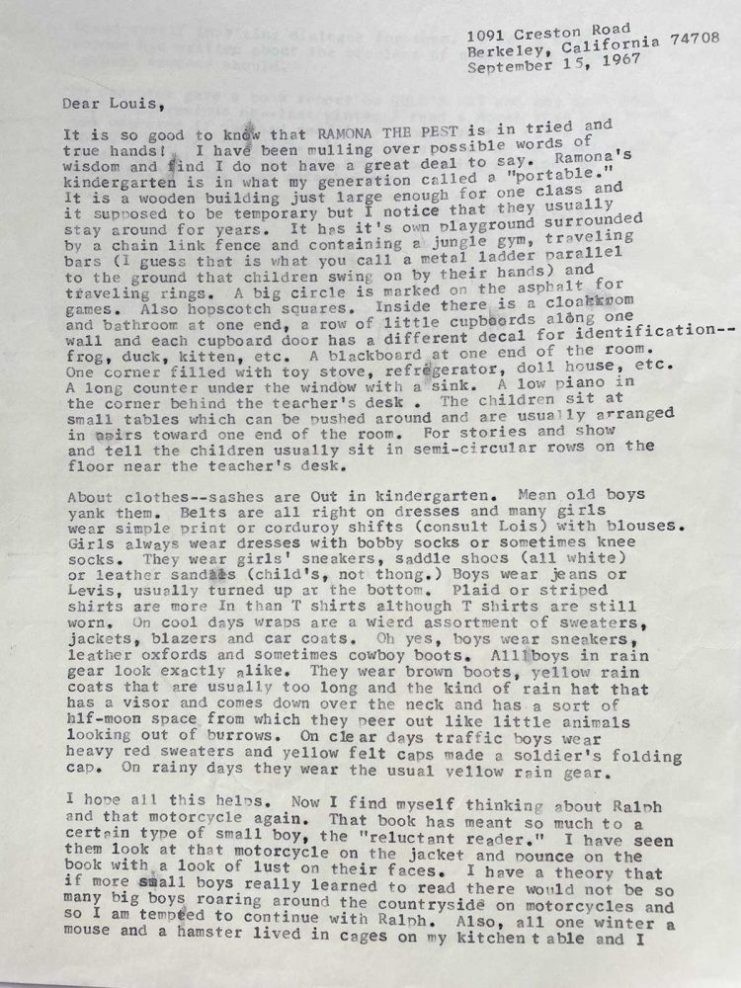 The one gift from all of her books that arises again and again is one of empathy. Empathy enables us to perceive and understand the emotions of another. Fiction can put us inside other people’s minds; we feel what they are feeling.

Beverly Cleary gave me that gift.

Nine-year-old Lisa, for the first time understood, really understood the pain and shame her twin brother felt as he struggled to read, when he could not, would not read. And maybe she could be helpful instead of hurtful. And I tried. I tried because of Mitch and Amy. I wish I could tell you that, like Amy, I hunkered down and learned my math facts. I never did.

Beverly Cleary is gone, but her stories forever will remain a blessing. 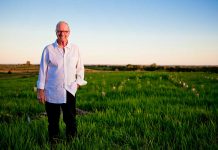 ‘Design is a problem-solving process’ 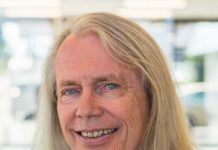 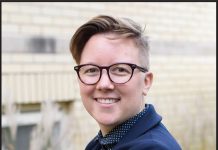