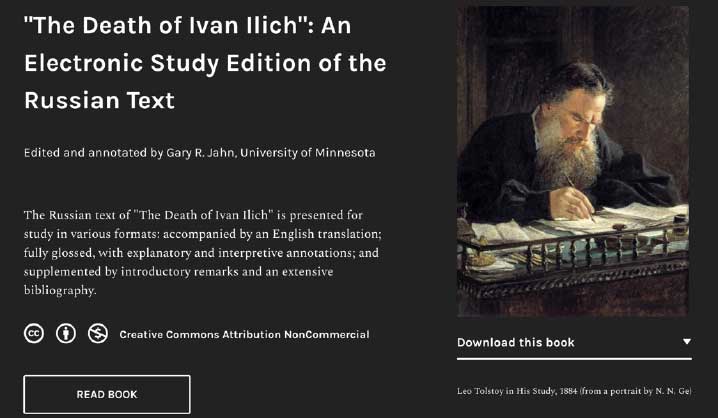 We’re excited to share the latest set of open access publications from Libraries Publishing — everything from gardening to English music to a guide to good reasoning. Check them out below:

By Diane M. Narem and Mary Hockenberry Meyer
(U of M Department of Horticulture)

This book is written for inexperienced as well as seasoned gardeners, landscape designers, garden center employees, and anyone interested in native grasses that grow well in cold climates. The book provides new information on the benefits of native grasses, including their importance as host plants for native Lepidoptera — and the combinations of specific grasses used by larvae and perennials that adult butterflies feed on.

By Matthew W. Mehaffey, Editor (U of M Department of Music) and David Fielding

The “renaissance” in English music is generally agreed to have started in the late Victorian period, beginning roughly in 1880, and was most notable for compositions by C.V. Stanford, C. Hubert H. Parry, Edward Elgar, Henry Walford Davies, Harold Darke, and others.

Although a number of works by these composers found their way into print and are regularly performed today, a considerable number of compositions, both large-scale and more intimate works, are not available. These works either were never published or were published but are no longer available in the publishers’ catalogues.

The English Heritage Music Series has been created to ensure that these compositions are preserved, are accessible for scholarly research and, most importantly, are available for performance by future generations.

‘The Death of Ivan Ilich’: An Electronic Study Edition of the Russian Text

Edited and annotated by Gary R. Jahn
U of M Russian Language and Literature

Mainly oriented toward those studying the text in the original, the novel is presented in various formats to accommodate readers possessing various degrees of proficiency in Russian, from little to none all the way up to fluent speakers of the language. The text is offered in four sections:

The four presentations of the text are supplemented by a contextualizing introduction, “Leo Tolstoy and ‘The Death of Ivan Ilich,'” and an extensive bibliography of primary sources and secondary scholarship on the novel.

Ecologists develop species-habitat association (SHA) models to understand where species occur, why they are there, and where else they might be. This knowledge can be used to designate protected areas, estimate anthropogenic impacts on living organisms and assess risks from invasive species or disease spill-over from wildlife to humans.

This open textbook describes the state of the art in SHA models, looking beyond the apparent correlations between the positions of organisms and their local environment. It highlights the importance of ecological mechanisms, synthesizing diverse modelling frameworks and motivating the development of new analytical methods.

Above all, it aims to be synthetic, bringing together several of the apparently disconnected pieces of ecological theory, taxonomy, spatiotemporal scales, and mathematical and statistical technique in the field.

The second edition of “A Guide to Good Reasoning” is now available openly! The textbook shows how students can become good at everyday reasoning.

It starts with attitude — with alertness to judgmental heuristics and with the cultivation of intellectual virtues. From there it develops a system for skillfully clarifying and evaluating arguments, according to four standards — whether the premises fit the world, whether the conclusion fits the premises, whether the argument fits the conversation, and whether it is possible to tell.