Preparing for a class presentation on early American maps led me, serendipitously, to a fun discovery: antipodes — specifically the antipode of the Bell Library.

I was searching UMedia for 16th century maps of America, when I came across this “Description of America” from Abraham Ortelius his epitome of the theater of the worlde, published in London in 1603 (Bell Call #1603 sOr). 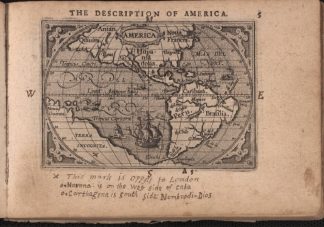 The Epitome of the theater of the worlde is a miniature collection of maps, just 4¾ inches wide by 3¼ inches high. I would call it a “reimagining” of the great Theatrum Orbis Terrarum (Bell Call #1570 fOr) by Dutch cartographer Abraham Ortelius (1527-1598), which is often considered to be the first “modern” atlas.

A previous owner of the Bell’s 1603 Epitome has written notes on some of the pages, allowing us the exciting feeling of connecting with an individual in the past. On this map of the Americas, he (most likely “he”) has noted the opposite side of the world to London in an area of the map labelled “Terra Incognita” (unknown land). 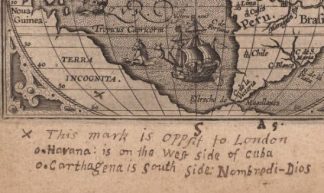 When I posted this map on the Bell’s Facebook page, a friend pointed out that, while the point opposite to London would have been unknown land in 1603, today that point is known to be near a group of islands belonging to New Zealand, named the Antipodes Islands, for precisely this reason.

Delightfully, it is possible to find the “antipode” of anywhere — meaning the place on earth diametrically opposite to another place on earth. In fact, if you don’t feel like reverse-calculating the latitude and longitude yourself, there are several websites that can help you find any antipode you like. I decided to try out Geodatos Antipode Finder (https://www.geodatos.net/en/antipodes) and discovered that the town closest to the antipodal point for Minneapolis, Minn., is Port-aux-Français on the Kerguelen Islands. (The true antipodal point is in the open ocean.) 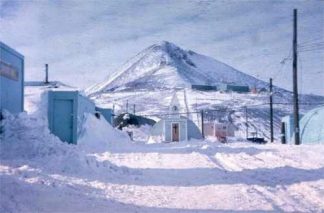 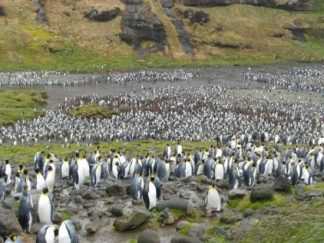 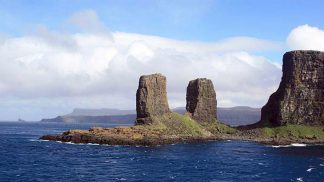 Inhabited only by penguins and sea lions for most of its history, the island now houses about 150 French soldiers, scientists and tourists. Kerguelen was officially discovered in 1772 by Yves-Joseph de Kerguelen-Tremarec, but it appears on maps by Philippe Buache in the 1750s, as Ile Nachtigal. I’ve included Buache’s later, and more striking map of the south polar region here. (Bell Call #1770 oBu). 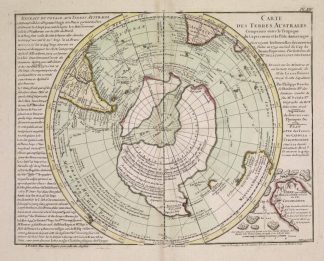 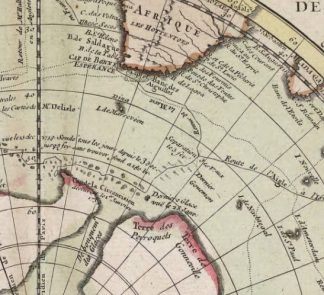 I was further fascinated to find that Captain Cook also visited the island – on Christmas Day, 1776! The map Cook created after this voyage (Bell Call #1777 mCo) shows deep uncertainty about the size, shape or placement of the island. 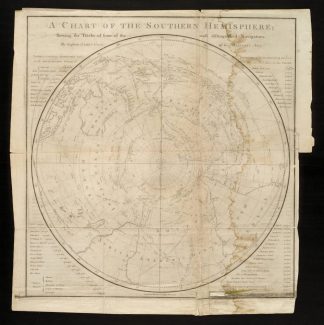 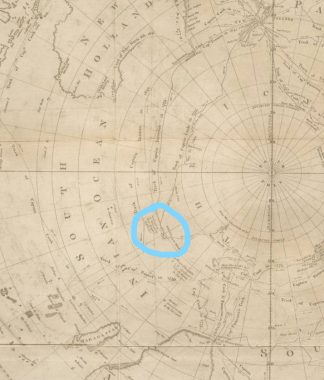 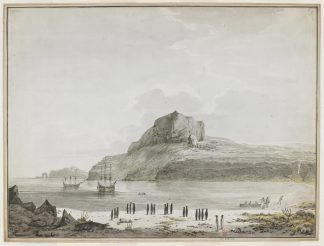 One of the voyage’s artists, John Webber, captured the terrain and the penguins watching the expedition arrive in the bay they named Christmas Harbor.

I’m keeping my eyes open for more antipodean points on other Bell maps!