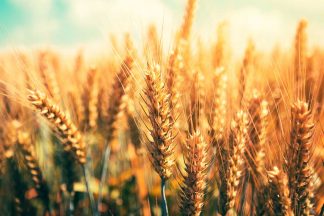 University of Minnesota Librarians Megan Kocher and Julie Kelly served as researchers for Ceres2030, an international effort to end hunger. They worked with three of the eight teams that recently reported on such topics as the contributions of farmers’ organizations to smallholder farms, ways to reduce losses after harvest in sub-Saharan Africa and South Asia, and employment outcomes from youth training programs in agriculture in low- and middle-income countries.

How did they end up working with global teams on these far-flung questions? The power of relationships and expertise in systematic reviews were key. Cornell University is one of the partners in Ceres2030, and Kocher has a long-standing relationship with librarians there, who invited her to help.

“We are some of the only people who have been working on systematic reviews in agriculture and other areas outside of health sciences,” says Kocher, Librarian for Food Science and Nutrition.

Our librarians are leaders in this area. In addition, notes Kelly, Librarian for Applied Economics, the topics included agricultural development, and the University Libraries hosts the related repository “AgEcon Search, so that was a piece of that, too.”

The Gates Foundation, one of the biggest funders of this project, is looking for solid evidence of what works and where funds should be invested.

“You need to be able to show you searched everywhere you could,” Kocher says, “[and] really reduce bias by having the most comprehensive search possible and by looking at a lot of grey literature sources. And that is why with this kind of research, librarians are called in, because that is our expertise.”

The eight teams, each with a pair of librarians, first met in Rome about 18 months ago, at the U.N.’s Food and Agriculture Organization facility. “Every team had people from multiple continents,” Kelly says, adding: “I was on a team in which the other librarian and I were the only non-French speakers. When it had to do with libraries, they spoke English; otherwise, if it had nothing to do with the libraries, they all fell into French.” The librarians, paired up for each team, would develop all the terminology they could think of for smallholder farmers, for instance, and then share search strings with other teams.

“We are some of the only people who have been working on systematic reviews in agriculture and other areas outside of health sciences.”

After working there, team members returned to their home countries and their work moved online. “For a while there, I was using Zoom daily — before the pandemic,” Kocher says.

Contributing to ways to end hunger was one important impact, she says. Kocher also appreciates that Ceres2030 was a high-profile project using evidence-synthesis methods in agriculture: “That was new.” Systematic reviews have been used in health sciences for about 20 years but only recently have been adopted in other fields.

“By working together, we built expertise — the librarian pairs were usually a more experienced with a less experienced librarian . . .,” Kocher says. “We used the Open Science Framework to store our search strategies and our protocols and other documentation that both researchers and librarians can use to do this type of research going forward. Because we were able to go so in-depth on it and really do things really well, I think we’ve laid out really great tools and methodologies for other teams going forward.”

It’s important to use librarians, Kelly says. “What we do is search for a living. . . . Doing evidence-based synthesis is research and the data that you collect is the papers that you find. If you don’t do a good job of collecting your data, your conclusions aren’t very helpful.”

Kocher and colleagues in the Libraries recognized a few years ago that the demand for systematic reviews was increasing outside of health sciences. With support from Libraries leadership, she was trained at Pittsburgh. “We brought this back and set up this [systematic review] service, which has enabled us to cover all departments in the University.”

Kocher is the principal investigator and Kelly is on the team who received a IMLS grant, with colleagues from Cornell and Carnegie-Mellon University, to train librarians around the country in these systematic review and evidence-synthesis skills.

“Part of what we’ve done from the get-go is we helped each other get started,” Kocher says, “and we’ve been very intentional about sharing that with the profession at large.”