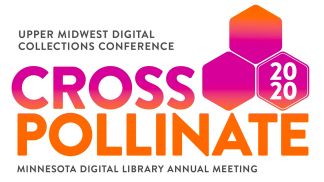 The charmingly named Birds of a Feather break-out sessions were one way that the organizers of the Nov. 5-6 Upper Midwest Digital Collections Conference aimed to bring people together in less formal ways, in an effort for them to learn and ultimately better support their users.

Hosted by the Libraries’ Minitex division and combined this year with the Minnesota Digital Library annual meeting, presentation topics included:

The sessions also were designed to provide time for librarians, curators, and digital creators to network.

“It’s an opportunity to connect with our colleagues,” says Beth Goodrich, American Craft Council Librarian. “Everyone is kind of craving that connection right now.” The biennial meeting was planned via online meetings, as it had been before, but with a new attention to social space in the virtual meeting, as people would not be able to confer in the hallway or over lunch.

Influence of the pandemic

Because the conference was virtual and free of charge, it served not only professionals from Minnesota and neighboring states, but also attracted attendees from all over the country.

The presenters included people from Florida, Arizona, New York, and Oregon — hardly Upper Midwest — so attendees “had a broader chance to learn more of the projects going on,” says Molly Huber, Outreach Coordinator for the Minnesota Digital Library and its online collection, Minnesota Reflections, at the U of M Libraries, Minitex.

Goodrich, whose research library moved from New York to St. Paul in 2010, emphasized the importance of the conference for smaller libraries like hers. The American Craft Council Library has been forced by the pandemic to provide more digital access, as it likely will not be open again until 2021. “How I can provide more materials digitally and make that process easier for my users?”

Huber also noted an influence of COVID. “We’ve all had to recalibrate because of the pandemic and the shift to remote work,” she says, “but it has opened up new opportunities for collaboration and connection, especially over distances.” In the Minnesota Digital Library’s work as well, they have noted that much of their work has transitioned fairly easily to remote communications.

Highlights of the conference and annual meeting

With a long interest in digitization and how to make materials more discoverable and accessible, Lara Friedman-Shedlov, Digital Records Archivist for Archives & Special Collections at the U of M Libraries, has found this conference a good place to learn more. This time, she found the keynote especially notable.

The speaker was DeEtta Jones, talking about diversity, equity, and inclusion.

“That is a topic that is really important to me and, I hope, to most people,” Friedman-Shedlov says. “We need to continue to apply that lens to all our work, no matter what type of work it is.”

She found particularly helpful Jones’ “useful ways to frame things about where we’re moving from and where we’re going.” Jones advocated moving from a focus on recruitment to focusing on processes and systems.

Friedman-Shedlov appreciated the plenary session on the Urban Art Mapping Project and the Journal of a Plague Year. “They are collecting images of this art using folks in the community to help and to provide metadata about the art and where it is,” she says.

“As part of my work with the Minnesota Digital Library, I have to remind people that history is now.”

Huber served as the moderator for the Urban Art Mapping Project and Journal of a Plague Year. The Urban Art Project was presented by Dr. Heather Shirey and Frederica Simmons from the University of St. Thomas. It began by collecting street art first on COVID, and then switched over to street art about George Floyd and Black Lives Matter. Dr. Mark Tebeau from Arizona State University talked about Journal of a Plague Year, which began as a crowd-sourced rapid response and became a curatorial consortium directed by historians, archivists, and students.

COVID-related collecting was a hot topic, with presentations on projects conducted by the University of Minnesota Duluth Archives & Special Collections and the Minnesota Historical Society. “Fun to see that synergy and the excitement — and it’s great for history and for the future, collecting now about what is going on,” Huber says.

“As part of my work with the Minnesota Digital Library,” she adds, “I have to remind people that history is now.” And digital collections offer a great way to capture it.