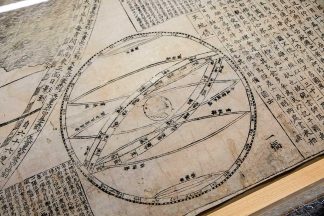 On Sept. 22, Marguerite Ragnow, Curator of the James Ford Bell Library, unwrapped the six panels of the Ricci Map so that conservator Sherelyn Ogden might examine them. The map panels had been in storage at Mia since early December 2017.

Created at  China’s imperial court in 1602, The Map of the Ten Thousand Countries of the Earth is the result of collaboration between Chinese scholars and artisans of the court and European scholars of the Jesuit mission there. Matteo Ricci directed the project, so it has come to be called the Ricci Map.

The Ricci Map on the move

The Ricci Map was sent to storage at Mia by the James Ford Bell Trust, which owned it, before the Bell Library’s move from Wilson Library to its new space in the Elmer L. Andersen Library.

“During that period,” Ragnow says, “we received numerous queries from students, faculty, and members of the public asking when the Ricci would be back. Although we had mounted a very good facsimile of the map in the Bell Gallery, and the touch-screen interface was still available — which provides translation of some of the map’s text and summaries of other sections — it certainly isn’t the same as seeing the map in person.”

In June, the James Ford Bell Trust made a gift of the Ricci Map to the Libraries — the largest value donation the Libraries has ever received. That gift allowed the Bell Library to bring the map back to the University, Ragnow says, “albeit into storage due to the COVID-19 shutdown.”

“We are investing in newly remodeled exhibit space in the Wallin Center that will better showcase the Ricci map, which will be housed in a custom-built, climate-controlled exhibit case,” Ragnow says. “This will ensure the longevity of the map and its accessibility to scholars, students, and, indeed, everyone for generations to come.”

The map will not be on display, however, in the near future.

The character of the Ricci Map

The Ricci Map is just one of the James Ford Bell Library’s many treasures, Ragnow says. “However, the Ricci is unique in the way that it bridges East and West, in its reflection of collaboration among Jesuit missionaries and scholars and craftsmen at the court of the Ming Emperor at the turn of the 17th century, and as a testament to the possibilities of cultural exchange grounded in ideas rather than in territorial expansion.”

And that’s something to celebrate. 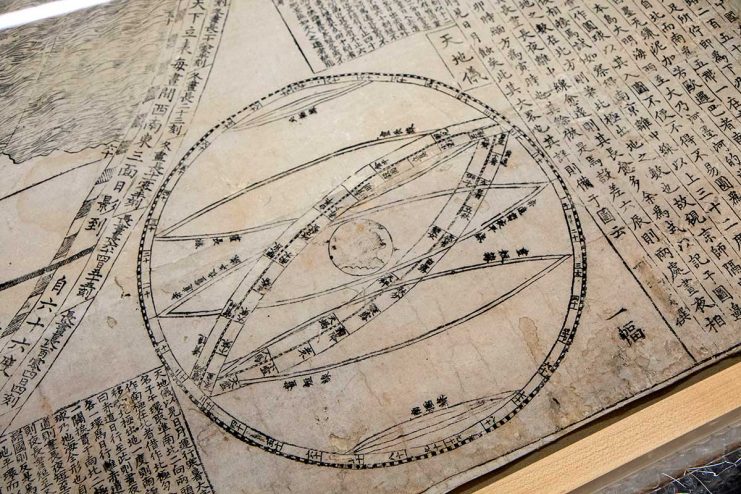 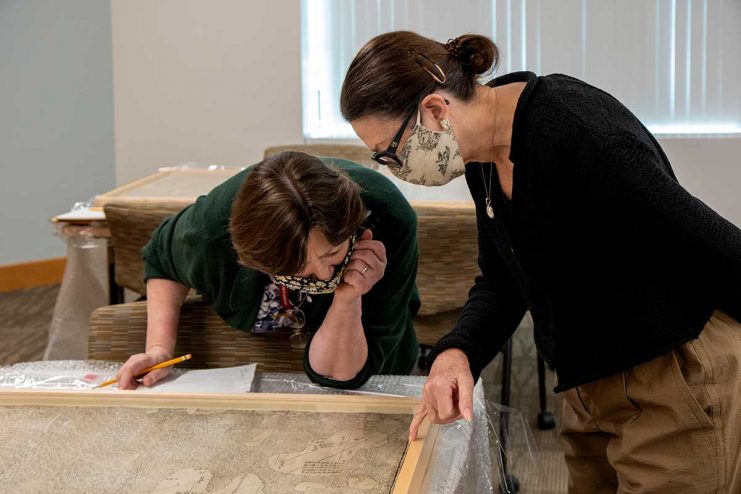 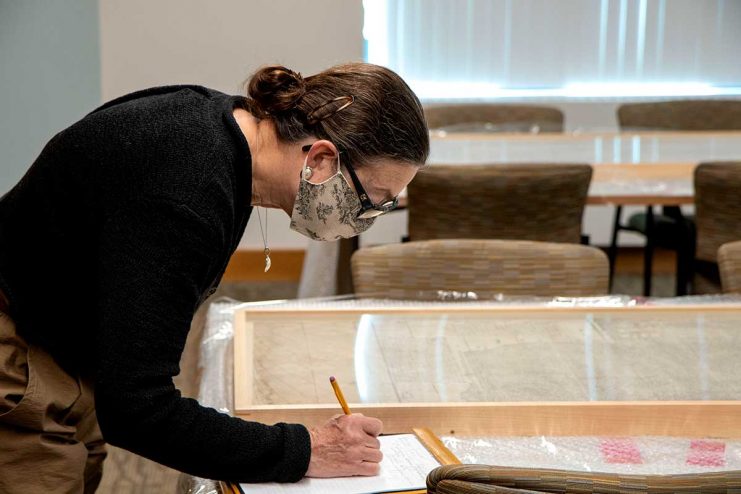 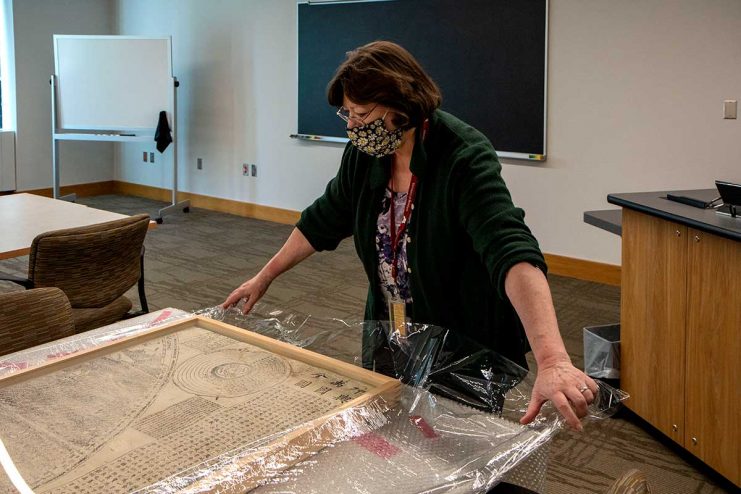