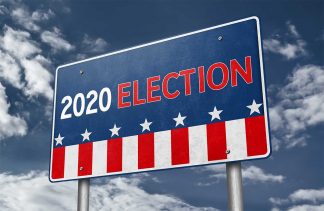 Election judges are responsible for the administration of election procedures in the voting place on Election Day. They are trained to handle all aspects of voting at the polling place to help make sure every American can exercise one of their most fundamental rights — the right to vote.

Election judges are responsible for the integrity of the election process. They conduct themselves and serve the voters in a manner that maintains public trust and confidence in honest and impartial elections. They help ensure that elections are administered in a fair and accessible manner, that every person qualified to vote is permitted to vote, and that only those who are qualified to vote are allowed to vote.

Election workers are essential to ensuring that elections are a success. On Election Day, there can be as many as 30,000 election judges temporarily employed at polling places across Minnesota. You too can be an election judge — many towns and cities in Minnesota are looking for qualified applicants for the primary election in August and the general election in November.

Why should I be an election judge?

What do election judges do?

Election judges are temporary employees of local election officials who help their neighbors cast ballots. They are committed to making sure an election is conducted in a fair, accurate, and impartial manner.

There are many responsibilities and an assortment of tasks to perform on Election Day. In general, election judges:

All these steps are needed to make sure voters can cast their ballots easily, safely, and fairly on Election Day.

When do election judges work?

Cities and counties are taking many additional precautions to ensure that election volunteers and voters are safe during in-person voting. Social distancing, mask-wearing, and curbside voting on Election Day will all be encouraged and/or required.

How can I apply?

Contact your city or county election office using the information on the MN Secretary of State’s election judge page.