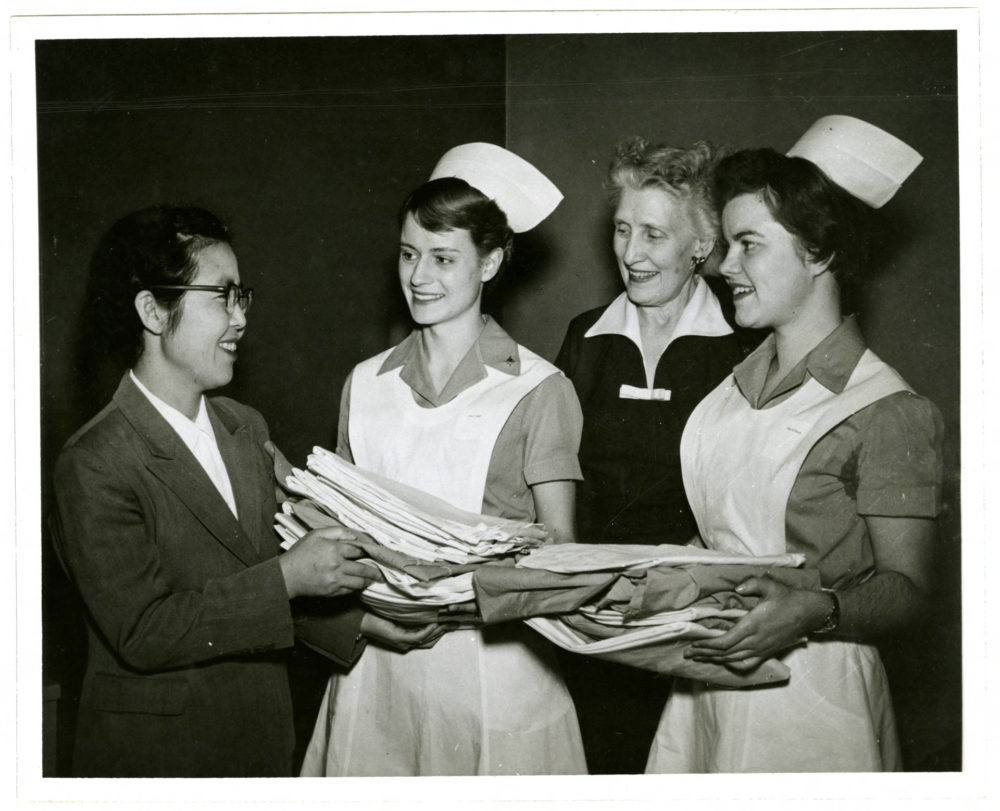 This photograph features Director Katharine J. Densford of the University of Minnesota’s School of Nursing with Patricia Jaeger, President of the College Board of Nurses’ Dormitory and Marily Nelson, Vice president of the Student’s Nurses’ Association, presenting Mrs. Kwi Hyang Lee, Principle of Seoul National University’s School of Nursing with uniforms given to her Korean colleagues who are studying in the Nursing program at the University of Minnesota, in 1957. Mrs. Kwi Hyang Lee was one of the professionals from SNU who stayed in Minnesota for six months during which she was educated on nursing procedures and instructions, in which she could then apply at SNU. Source: University of Minnesota Archives, Photograph Collection. 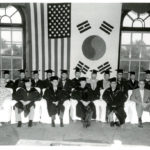 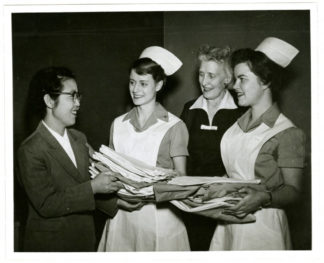