The first Earth Day “was formative for many of us,” says Daniel Engstrom. He and two other U of M Duluth students, along with faculty advisor John Green, organized Students for Environmental Defense in 1969. They heard about Sen. Gaylord Nelson’s promotion of a day of environmental education and action and became leaders of the 1970 celebration on the Duluth campus.

A few months later, Engstrom was asked to testify to Congress about creating Voyageurs National Park. He later served as an advocate for protecting the Boundary Waters, and after several years, earned a Ph.D. in limnology from the U. Now (mostly) retired, he says, “I work on all manner of issues related to water and the atmosphere — mercury, mining and its effects on wild rice, and the effects of climate change on lakes.”

Pat Redig, who led the U’s Raptor Center for 22 years, participated in a 1970 Earth Day rally at St. Cloud State University. He was a biology major with, he says, “a very keen understanding of what had happened to peregrine falcons, bald eagles, osprey, and other raptors from DDT poisoning.” The insecticide, which accumulated in species at the top of the food chain, made their eggshells so fragile they could barely or not at all withstand the weight of parent birds. The peregrine falcon had disappeared from eastern North America by the mid-1960s.

In 1972, DDT finally was banned, and by the 1980s, with the late Harrison “Bud” Tordoff, then head of the Bell Museum of Natural History, Redig contributed to a multi-state effort to reintroduce the peregrine falcon to the Midwest. The birds were originally cliff dwellers, Redig says, and they “took a liking to buildings.” The first successful nesting in Minnesota was in 1986, on top of what was then known as the Multifoods Tower. Today, there are about 300 nesting pairs, Redig says; he should know, because even though he is officially retired, he still collects banding data for the Midwest Peregrine Society.

Jessica Hellmann says Earth Day still has significance, 50 years later. “It’s like a clock: are we making progress?” says Hellmann, Director of the U’s Institute on the Environment, who had her eyes opened to environmental degradation in 1992. Today’s undergraduate students now were not even born then. They may feel discouraged because “we have been working on these issues always . . . every year,” Hellmann says, imagining students saying: “‘No, really, what are we going to do about climate change now?’”

Yet the message she has for them is that science and individuals keep evolving. For example, being green sometimes has been defined as making sacrifices for the sake of the environment. But human flourishing is part of what we need to address, Hellmann says. “It’s unreasonable to ask society to care about the environment for the environment’s sake,” she says. “It’s about us and what happens to us and the creatures on this earth and on which we depend.”

Hellmann advocates for envisioning human activities that are positive for the earth. The mission of the Institute on Environment is to “lead the way toward a future in which people and the environment prosper together.” Choosing the word prosper was intentional, she says. “We conceive of prosper in this narrowly described sense — cash in the bank — but it’s not. It is a wider notion.” It’s the idea that we all have responsibility for planetary stewardship because human prosperity is directly tied to the health of our planet. 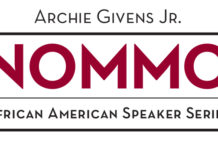 A Genesis of Modernism through the art of B.J.O. Nordfeldt