Revered journalist Jim Lehrer, who anchored NewsHour at PBS for decades before retiring in 2011, died yesterday. He was 85.

A year before he retired, Lehrer gave a presentation in 2010 to the University of Minnesota Friends of the Libraries, while promoting his book, Super: A Novel. While best known for his broadcast news work, he also was a prolific writer, churning out memoirs, plays, and novels.

He had a high regard for balanced and objective reporting and the New York Times called him “an oasis of civility in a news media that thrived on excited headlines, gotcha questions and noisy confrontations.” 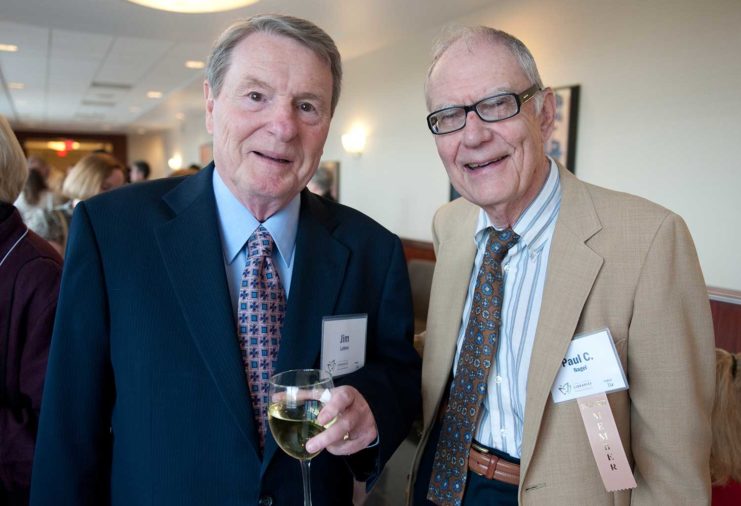 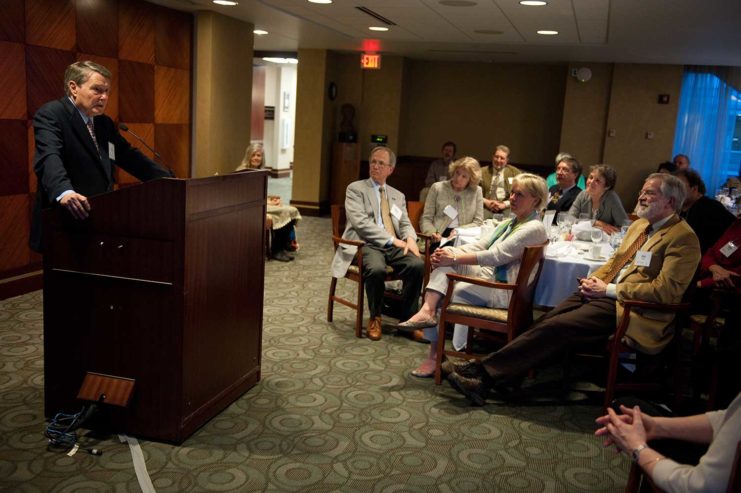 Jim Lehrer speaking at the Friends of the Libraries event 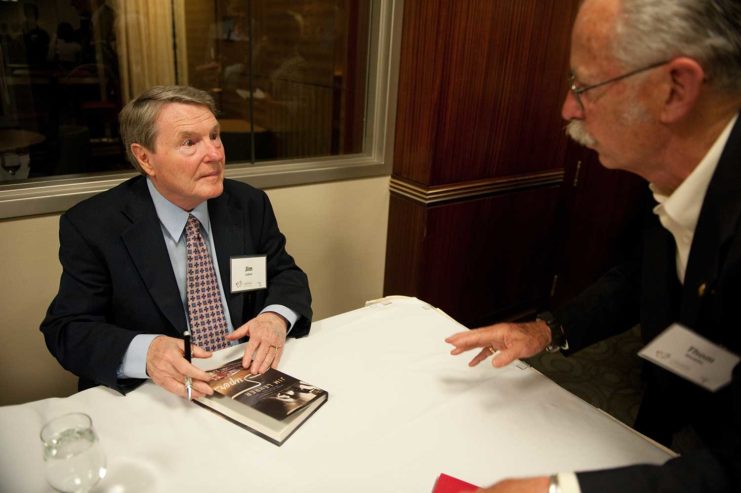 Jim Lehrer signing his book and engaging with a guest 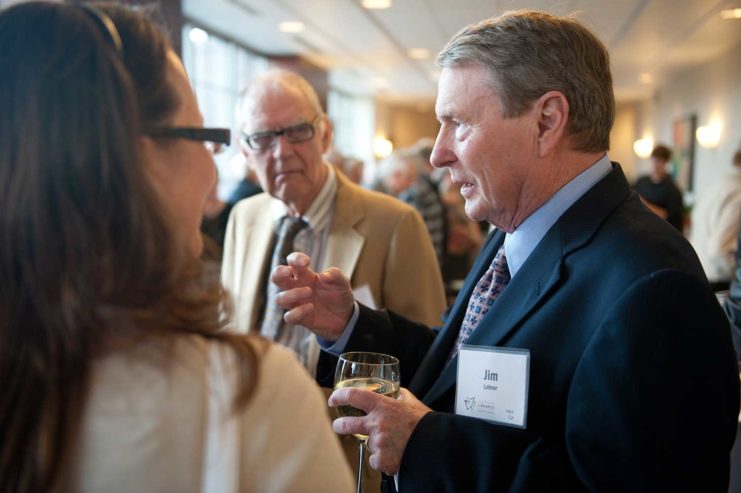 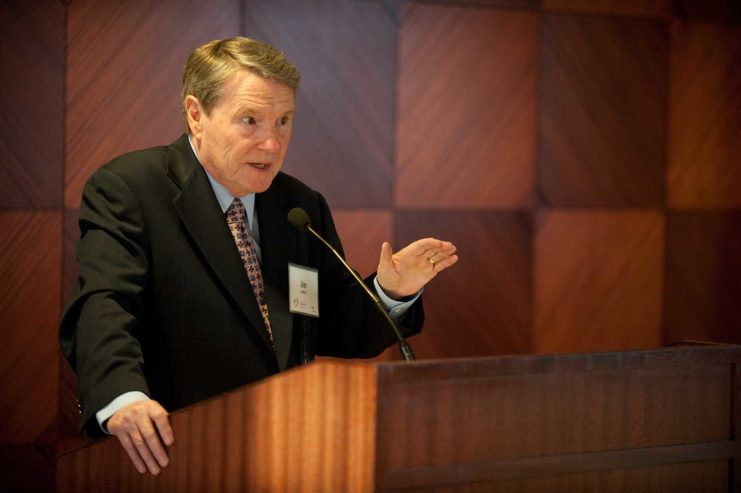 Jim Lehrer speaking at the podium 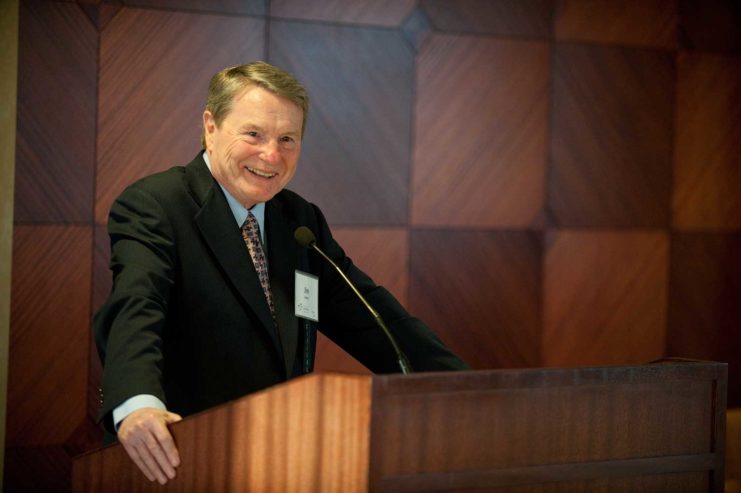 Jim Lehrer smiling at the podium