College of Liberal Arts (CLA) undergraduate student Natalie Buckland worked with the Wangensteen Historical Library of Biology and Medicine to create a Harry Potter-themed pop-up exhibit, inspired by the National Library of Medicine’s traveling exhibit a few years ago.

The exhibit was featured at the Bio-Medical Library’s Spring 2019 Stressbusters event. It was completed as part of Buckland’s participation in the CLA Dean’s First Year Research & Creative Scholars Program.

We connected with Buckland to learn more about her experience, as well as how it has helped prepare her both academically and for her career goals.

Q: Natalie, tell us a bit about the process of creating this exhibit. What new skills and knowledge did you pick up while working on the Harry Potter exhibit?

NB: When I first started, I had little to no knowledge of museums and exhibits. To better understand how I would begin to create an exhibit, I met and spoke with staff from the Bell Museum and the Minnesota Historical Society for guidance on the process of creating and running an exhibit. I visited various museums around the Twin Cities area to gather ideas on content, display, and the delivery of information in an exhibit setting.

After getting a better idea of what other museums are doing with their exhibits, I had to get acquainted with the content of my exhibit. I never had the chance to read or watch Harry Potter, unlike most people my age, so I watched all of the movies. After this, I researched different elements from the series that could be real. I also had to make sure that whatever I decided to focus on was supported by the Wangensteen collections. I spent days learning about Nicholas Flammel, Mandrakes and Aconitum, sorting through information and clarifying the myths from the truth of each.

After I gathered information on what a general exhibit is and the content of the exhibit, I had to learn how to actually create the exhibit. I used a program called “Canva” to make the posters and all of the inserts in the exhibit. This was challenging for me as I have never used a design software before. I also wrote and edited each excerpt.. Throughout the process, I had to communicate with Emily Beck [Assistant Curator] and Lois Hendrickson [Curator] and the other staff in the library to answer any questions I had, as well as to provide me with the necessary tools to complete my project.

Q: You worked closely with Wangensteen staff and curators throughout this project. What was that experience like?

NB: [Wangensteen staff] know a lot about museums and curating exhibits. They guided me when I went out to speak with other museums and gave me specific details to look for in each exhibit that I looked at. They talked me through some specific details that are important to focus on, such as how to display the information in a way that looks appealing. They also looked over my work before the final result to tweak it and to provide suggestions on how to make it better and more impactful. They also gave me good citation advice and told me how they would like the Wangensteen represented in the exhibit.

Q: What role did the Wangensteen collections play in creating the exhibit?

NB: The collections gave me the historical and mythological information to add to the exhibit. After I had found a few topics from Harry Potter that I wanted to focus on, I used the collections to narrow my thoughts.

There are a lot of case studies on how Aconitum and Mandrakes were used medicinally, which I used to get an idea of what effect the plants had. I then found beautiful artwork of the Aconitum and knew that that would be eye-catching to a visitor, so I decided to use that as the focal piece from Wangensteen collections. Nicholas Flammel was the most peculiar topic to research. Online, I found rumors that people believe he faked his death and lives immortally in India. It was difficult for me to find a reliable story about his life and what exactly happened after he died. I found a section in a book at Wangensteen that was written by Nicholas Flammel that helped clear things up a lot. He explained in his own words his life story, which is a lot more reliable than a Google search.

It was really hard for me to find something that you could not find and learn about at the Wangensteen. I was surprised by all of the information they have.

Q: How has your experience positioned you for the future?

NB: I feel a lot more confident in reaching out to people that I don’t know for information. I am a generally shy person and I had to initiate and lead conversations with a lot of people, including museum employees, which was difficult for me at the beginning. I feel that after this experience, I am more confident in sending emails and speaking my mind and asking my questions.

I also had to budget my time well, as I had to create a whole exhibit from scratch in one semester, along with all of my other coursework. I am good at scheduling, however, I had no concept for how long this exhibit would take and what I would need to do each day when I came in to work on it. I had to maximize my time each day so that I would be able to complete the exhibit on time.

I also feel like I know how to design online better than before. I have already used Canva for a school project since I learned how to navigate it during my research. I know that this will not be the last time that I will need to design something on a computer.

Q: What would you say to others about why it is important to connect with the University of Minnesota Libraries?

NB: The employees of the library know a lot about the content of their collections. It seems like you can just Google your way through anything, but it is so much more enjoyable and educational to learn from a book. Most online resources are not reliable and you spend so much time tracing back the information until you come to the original source. You can also go to the search bar on the library websites [Libraries Search] to look for the books and information that you want to use before you go in. Libraries are also good study spaces that sometimes have free coffee, cookies, exhibits and other entertaining goodies.

NB: Learning about Nicholas Flammel and unpacking the origins of the rumor regarding the Philosopher’s Stone was easily the most interesting thing I have ever learned about (outside my major). It was really cool to be able to read something that was originally written in the early 1400s, in a book that was made in the 1600s. It changed the meaning of the content, making it more impactful than if I was simply reading an autobiography of someone that was still living. 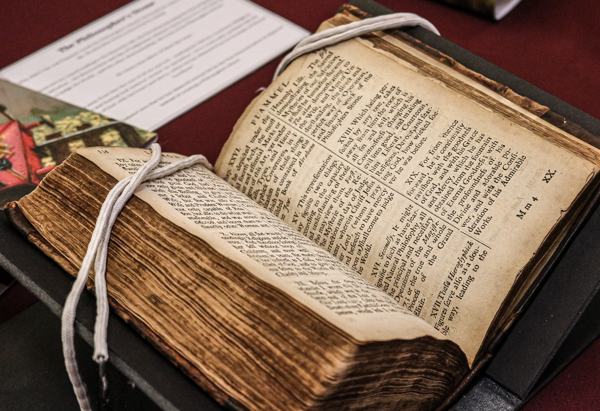 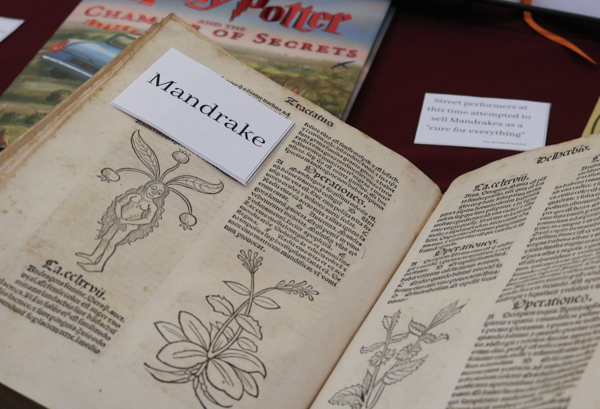 Illustration of Makdrake in historical text from the Wangensteen Historical Library. 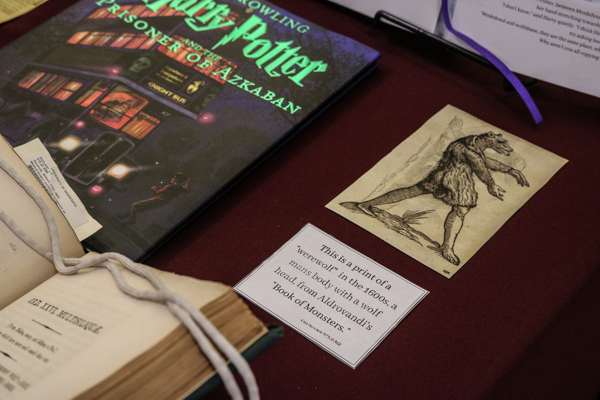 Image of werewolf from Aldrovandi's "Book of Monsters." 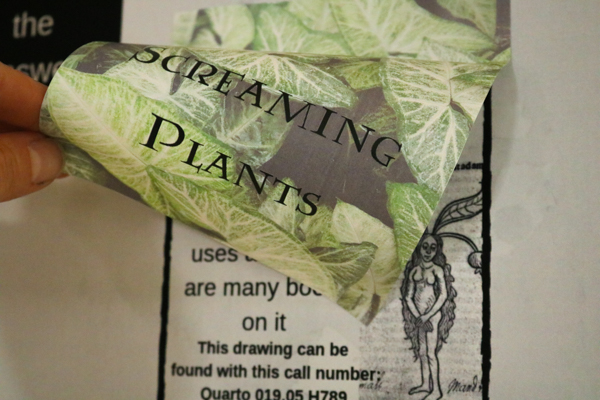 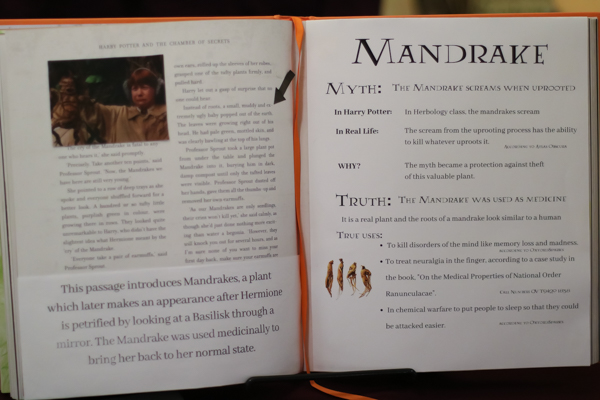