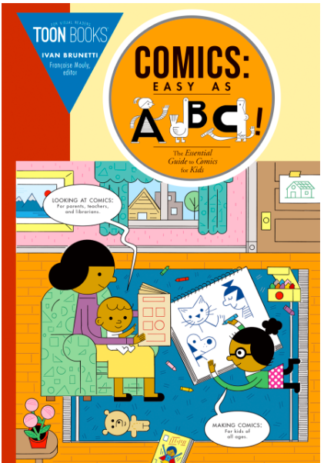 From the publisher Toon Books:

This guide to comics for kids is an essential tool for all those who enjoy comics. Simple cartooning basics are outlined with easy examples to follow. kids, parents, teachers, and librarians will love the humorous step-by-step lessons by master cartoonist and teacher Ivan Brunetti. Even reluctant artists will be inspired to pick up a pen and give it a try.

For more about Toon Books here

Ivan Brunetti being interviewed by his editor Françoise Mouly here

I have been wanting to write about this book since I first held it in my hands last year in an advance copy.

I have bought and gifted many copies over the holiday season.

I had grand plans of posting a review in cartoon format. My pithy comments in word bubbles urging librarians to buy multiple copies to pair with their writing boxes. Download the guide to Writing Boxes here.

I was going to urge them to refresh their backlist of Ed Emberly.

CeCe Bell (El Deafo) discovered his books in her school library just around the time she was losing confidence in her ability to draw. 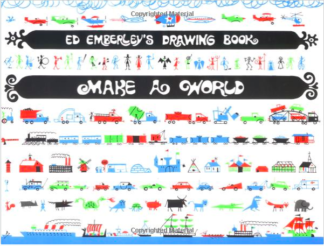 “I took one look at the contents of this book and flipped out. I was also flooded with a sense of genuine relief, because here’s what Emberley says at the very beginning of the book:

” If you can draw these things (there is an arrow to a box with a Y, a C , a V and some shapes and some squiggles) You can draw all the objects in this book.” 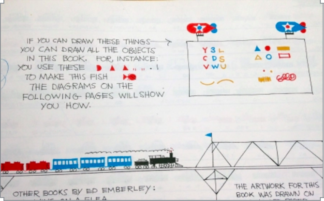 Read more about her “road to success” here

I Write About My Own Journey to Comics

I don’t think I’m going out on a limb by saying that every library should have comics and graphic novels as part of its Children’s and Young Adult collections.

When I began working as a school librarian in a PreK–8 lab school, we had no comics on our shelves. No Garfield, no Simpsons.

My supervisor justified this collection development decision by saying that comics did not support the school curriculum, kids could get them at the public library, we had no money for them, and there was not enough room on the shelves.

When kids asked why we didn’t have comics, I answered “The Library Director doesn’t think that comics belong in the school library collection.”

(Looking back, I wish I’d said “I’m working on it.”) Already, though, we owned all of Ed Emberly’s drawing instruction books.

From there, it was a short walk to How to Draw the Marvel Way. Then, of course, to the Little Lit, Maus, Adventures of Tintin, Bone, and the Captain Underpants series. The graphic format started to receive national coverage, including articles in School Library Journal, Publishers Weekly, and The New York Times.

The No Flying No Tights website appeared on the scene. 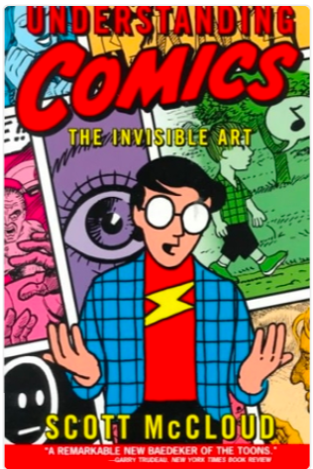 Lynda Barry is an educator, cartoonist, and graphic novelist unleashing the creative powers in others through a teaching practice centered on image making and writing. Barry is well known for her decades-long career as a cartoonist and graphic novelist. In “Ernie Pook’s Comeek,” her weekly comic strip in alternative newspapers, and graphic novels such as The Good Times Are Killing Me (1988) and One! Hundred! Demons! (2002), she broadened the psychological dimensions of the format and demonstrated an uncanny capacity to depict the intense emotions of adolescence. Over the past several years, Barry has turned her focus to education and enabling others to discover their own creativity. (From the MacArthur Fellowship site here)

Her newest book is Making Comics 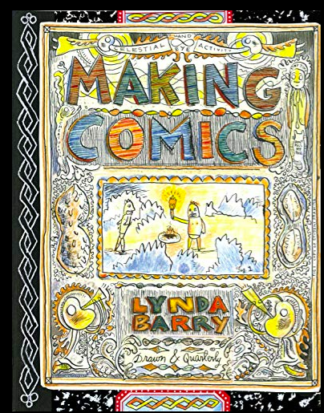 But I was worried. I loved Brunetti’s Comics as Easy as ABC.  What if Barry’s and Brunetti’s instructions were at odds with each other? I felt paralyzed.

on page 42, Barry notes that she begins her classes asking the students to spend 3 to 4 minutes on a self portrait. I am feeling a little nervous.

on page 43, she suggests the beginning the “THE BRUNETTI STYLE!” from his book Cartooning: Practice and Philosophy.

I CAN DO THIS! 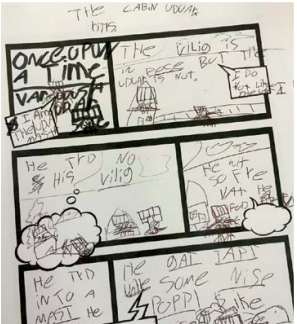 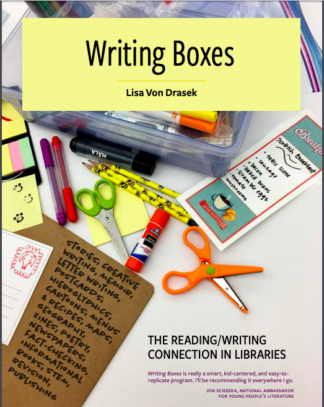 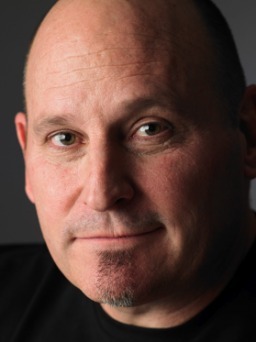 Free but reserve your seat here