I visited the Social Welfare Archives to explore the Association for Voluntary Sterilization (AVS) collection. For my dissertation, I seek to investigate the ways Americans understood and reacted to fears of overpopulation beginning in the mid-20th century, focusing on grassroots population organizations like Zero Population Growth (ZPG). Through examining these archives, which included correspondences between ZPG and AVS, I hoped to better understand the relationship between them, the ways in which they interacted, and the reasons for their communication. Though I did not end up encountering a lot of direct correspondence – rather, AVS kept files on ZPG and some of its members and local chapters – I did find out a lot about the many layers, and obstacles, characteristic of voluntary sterilization during the 1970s.

To my surprise, AVS encouraged sterilization as population control much more explicitly than I had anticipated, citing both male and female sterilization as one of the key ways to defuse the “population bomb.” The organization’s files were filled with various newspaper articles, political cartoons, and other documents which emphasized the role of sterilization in ending overpopulation. Other primary sources I had encountered prior to entering the archives, like Ellen Peck’s The Baby Trap, also cited ecological and population concerns as one of the main reasons why Americans were foregoing parenthood, and the use of permanent birth control to limit one’s family size was becoming increasingly accepted and popular in the 1970s. Because of this, a secondary question I had hoped to answer was: just how many people sought sterilization for the sake of the environment? 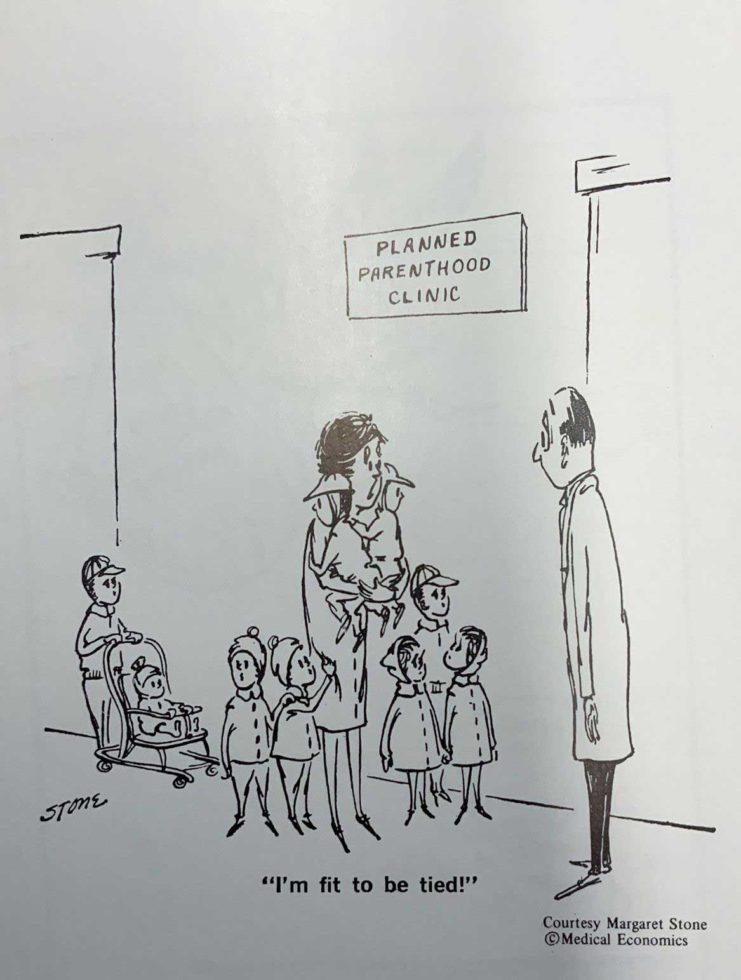 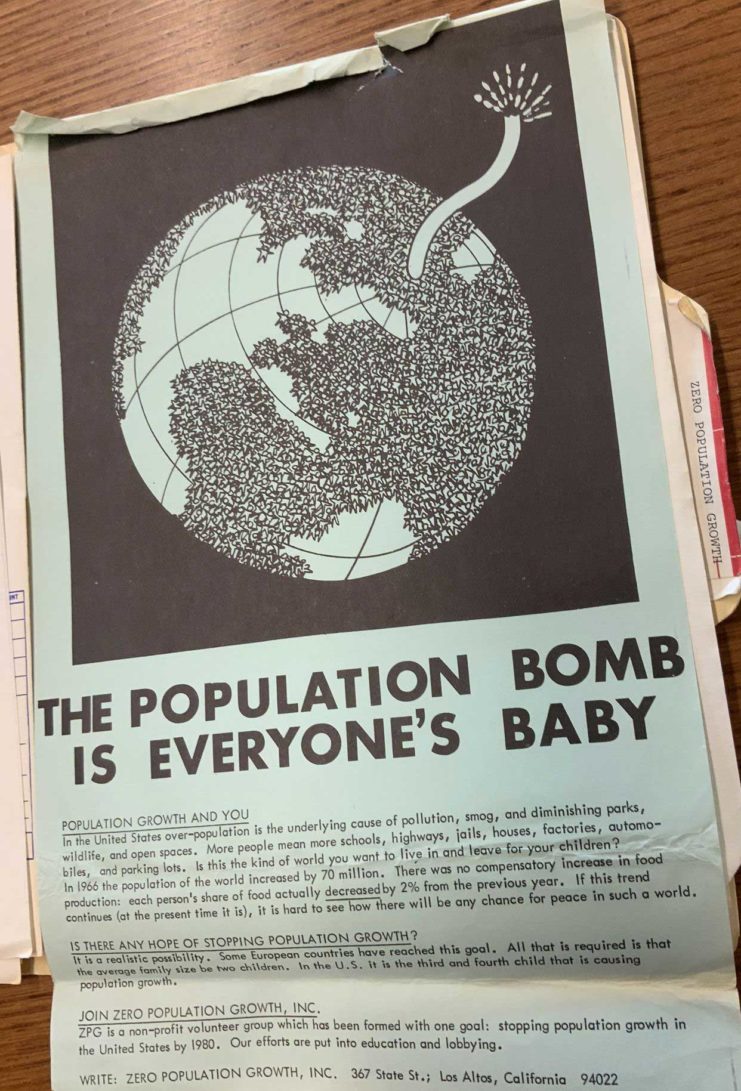 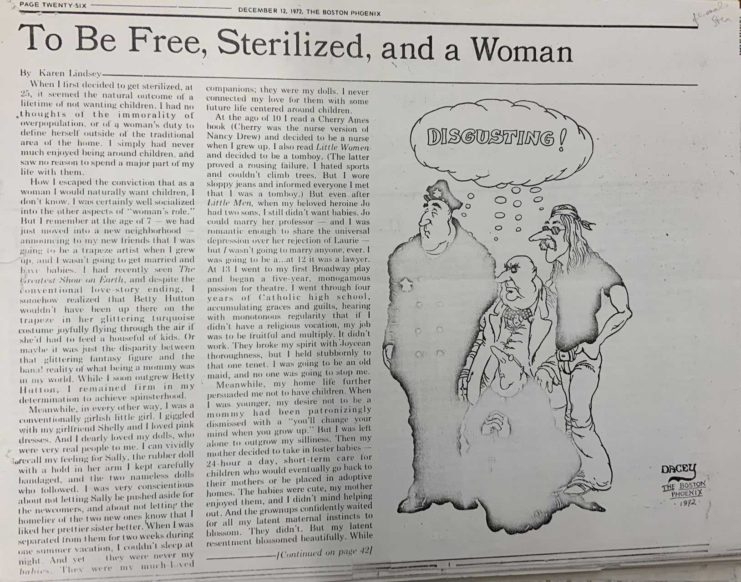 "To be free, sterilized, and a woman" article from the Dec. 12, 1972 Boston Phoenix newspaper

Though most did not end up doing so, the fact that some did seek sterilization through AVS for population-related reasons was reaffirming, and other sources (like newspaper articles) revealed that many others sought sterilization (or at least a smaller family) for this reason as well. For those who wanted to be sterilized for other reasons – problems with birth control side effects, fears of pregnancy, and not wanting to have (more) children – it was clear from the AVS papers that they were working against a strong pronatalist current that was generally unsupportive of voluntarily ending one’s fertility.

Because of this cultural aversion to sterilization on the one hand – and its praise as the solution to overpopulation on the other – the archives helped illuminate just how complicated getting a vasectomy or tubal ligation was, no matter what the reason.

Examining the correspondence between patients seeking sterilization, and doctors willing to perform them, revealed that AVS was central in getting men and women the sterilization they sought. However, through sharing their successful surgeries with AVS, patients, in turn, helped subsequent seekers of surgery with their knowledge and experiences. The importance of this interaction between patients, doctors, and the organization for those seeking sterilization became much clearer to me as I spent more time in the archives. That, coupled with the many documents I found concerning the population crisis, made attending the Social Welfare Archives a particularly helpful and informative experience.

About the Clarke Chambers Travel Fellowship

Established in honor of Clarke Chambers, Professor of History and the founder of the Social Welfare History Archives (SWHA), the Clarke Chambers Travel Fellowship funds visits to SWHA and the Kautz Family YMCA Archives.  The first fellowship was awarded in 1992 and, to date, over 130 Ph.D. students and early career scholars have used historical collections with funding from the fellowship.

Caitlin Fendley was awarded a Clarke Chambers Travel Fellowship to do research in the Association for Voluntary Sterilization records at the Social Welfare History Archives.  She received a BA in History and Psychology from the University of Guelph, and an MA in History from Purdue University. Her research interests include 20th century U.S. medicine, the environment, science and technology, and aerospace. She is currently conducting research on the various ways Americans have approached the fear of overpopulation and promoted or thought about voluntary aspects of population control.