As a chemistry librarian, I think about the periodic table more than most people. The periodic table is an organizational structure that puts all other tables to shame. (Yes, even your dining table!) It is a masterpiece of order. Each element occupies its own special place in the table. Elements reside in periods (rows) and groups with like characteristics.

Carbon is the sixth element. It is in period 2 (row 2) and group 14. What does THAT mean? Put simply, it is a very stable element with the ability to bond with up to four atoms. Carbon is so versatile that it gets its own branch of chemistry! (I know folks who still have nightmares about Organic Chemistry.)

Where would we be without carbon?

Wherever I am, if I look around me, I see things that contain carbon. The periodic table posters on my office wall, the person beside me on the bus, my kitchen table. Carbon makes up 18% of our bodies. It forms parts of important compounds like amino acids, carbohydrates, and proteins. Plants use carbon dioxide to produce sugars in photosynthesis.

Carbon gives extra strength to iron in steel making it an important part of many buildings. Because carbon atoms readily bond with other carbon atoms, they can easily form long chains. These chains can be found in familiar plastics that make up so many items we use every day. Think coffee tables, ping pong tables, airplane tray tables, foosball tables, and plastic models of the periodic table.

Carbon in the form of graphite has been used by humans for millennia. Pure carbon is also found in a variety of forms, or allotropes, like diamonds and amorphous carbon. In my opinion, the most beautiful allotrope of carbon is the buckyball (not a wacky Wisconsin sport). The buckyball’s full name is buckminsterfullerene, abbreviated C60. Its structure (pictured below) resembles a soccer ball.

As with any substance, too much carbon can be a bad thing. Due to human activities such as burning large quantities of fossil fuels, our atmosphere now has an overabundance of greenhouse gases like methane (CH4) and carbon dioxide (CO2). Greenhouse gases trap the sun’s warmth and contribute to rising global temperatures.

If this ode to carbon has inspired you to learn more, check out the resources below! You can also contact your local Chemistry Librarian (Ahem, ME!). Until then sit back, relax, put your feet on a table (not a periodic one) and enjoy being a carbon-based life form.

Carbon: The Black, the Gray and the Transparent by Tapan Gupta.

Symphony in C: Carbon and the evolution of (almost) everything by Robert Hazen

Carbon and Its Domestication by Antionette Mannion

Thank you to Kat Nelsen and Tiffany Reichard for their help in writing this piece. Go team! 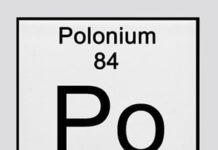 A Matter of Elemental Facts: Polonium