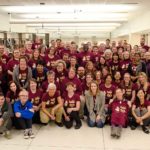 Libraries staff celebrated the 50th birthday of Wilson Library, which officially opened September 23, 1968. Plans for a library on the West Bank campus had been discussed and debated for years, but financial and other support for a new library finally came together in June 1965.

Daniel McCarthy Clifford — an artist in residence at Weisman Art Museum’s Target Studio for Creative Collaboration — created The Section of Disapproved Books, an exhibit to raise awareness about the seemingly arbitrary method employed by prisons to keep books out of the hands of inmates.

“Anecdotally, I would say that there’s an awful lot of literature that’s being banned,” said Friesen. “Things that have to do with social justice, … sociology, particularly criminal justice.”

This observation was borne out by the titles pulled from the Libraries’ collections. Over 100 titles would be categorized as social and public welfare and criminology topics, while another 100 were American literature. Other Libraries’ titles fall into the life sciences, American history, law, medicine, and science and technology areas.

Clifford said that the exhibit could not have happened without the Libraries’ help.

“They made it possible. They’ve been like 100 percent the only way this has gone forward,” he said. “Betsy is so dedicated to this project. It’s scary.” 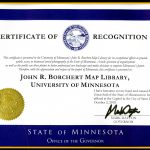 The Borchert Map Library was awarded a Governor’s Commendation at the Minnesota GIS/LIS Consortium Conference last fall for its development of MHAPO — the Minnesota Historical Aerial Photographs Online web application.

“It’s been really exciting to receive the award in such a public space, mostly because we’ve had users coming up and talking to me about the resource and about the site and how they use the historical aerial photographs,” said Ryan Mattke, Head of the Borchert Map Library. “To actually see and meet the people who consume the digital services that we provide is really exhilarating.”

The Minnesota Historical Aerial Photographs Online website was developed over several years at the University Libraries and is an application that has drawn more than 250,000 users to the website over the last six years. MHAPO includes more than 100,000 digital copies of historical aerial photographs, mostly from between the 1920s and the 1990s, and they cover all 87 counties in Minnesota. The award, signed by Gov. Mark Dayton, was presented October 4, 2018 in Duluth.

The biographical information for 25,926 YMCA members who volunteered for the organization during World War I have been transformed from punch cards to an electronic database, thanks to the work of Ryan Bean, Archivist with the Libraries’ Kautz Family YMCA Archives, and the crowdsourcing organization, Zooniverse.

The men and women who served with the YMCA — in the United States and globally — cared for the mental, spiritual, and physical needs of the troops. Each person had a punch card laden with data, including name, gender, age, marital status, and more. A potential treasure trove for researchers, the cards had not previously been aggregated for big-picture data mining. But Bean knew of Zooniverse, a crowdsourcing research platform with strong connections to the University. He believed its participants would make quick work of processing the cards so that researchers, historians, genealogists, and others could learn from their collective data.

“We were realizing that this would be a great potential resource for the right scholars if they could manipulate this data,” says Bean. “This is a really great pool of information about individuals during a time period we don’t necessarily know a lot about. We wanted to be able to expose that.” 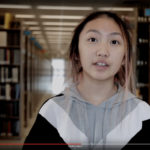 Four students from Salk Middle School in Elk River discussed their History Day projects and the importance of Wilson Library to their research.

“You and the rest of the team do so much to support History Day students throughout the year, between actual classroom visits and the development of ELM,” said Sammi Jo Papas, the Assistant State Coordinator for National History Day in Minnesota at the Minnesota Historical Society. 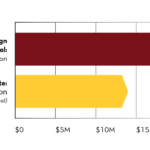 Donors contributed more than $2.7 million to the Libraries over the last year, bringing the Libraries ever closer to reaching its Driven Campaign of $18 million.

You can make this record-breaking goal a reality: 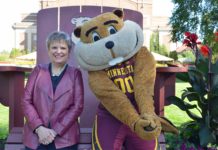 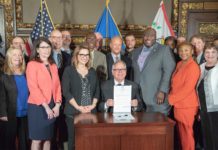 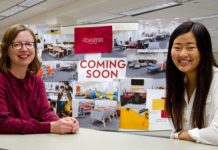