“Few people have provided the levels of leadership and impact shown by Ryan Mattke as Head of the Borchert Map Library since 2010,” said Will Craig, GIS/LIS Lifetime Achievement Laureate and Associate Director Emeritus at the University of Minnesota’s Center for Urban and Regional Affairs.

The Polaris Leadership Award recognized Mattke for being an active, established leader in the geospatial community and for inspiring and leading the GIS community through his contributions, energy, and creativity.

The Mapping Prejudice project at the Libraries is documenting the nature and location of racial covenants that were inserted in deeds for residential properties from 1910 to the early 1950s.

The project’s work inspired the drafting and supported the passage of bi-partisan legislation to allow property owners to declare these covenants void, influenced Minneapolis’ comprehensive planning, and has sparked wide discussion on righting past injustice.

The award recipients below were instrumental in driving this project, and credit is also due to the thousands of project contributors. 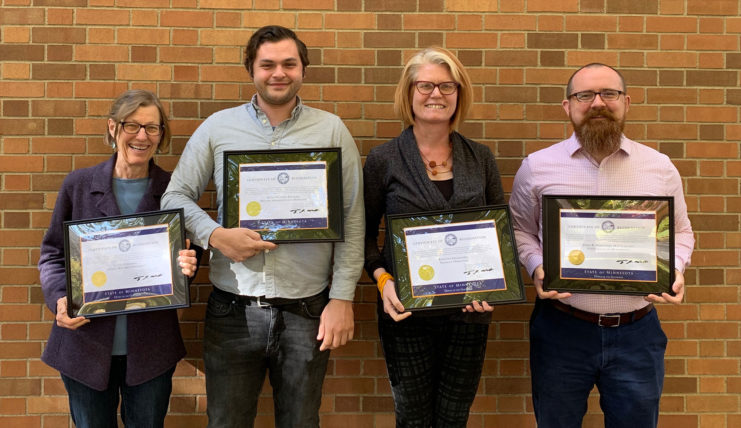 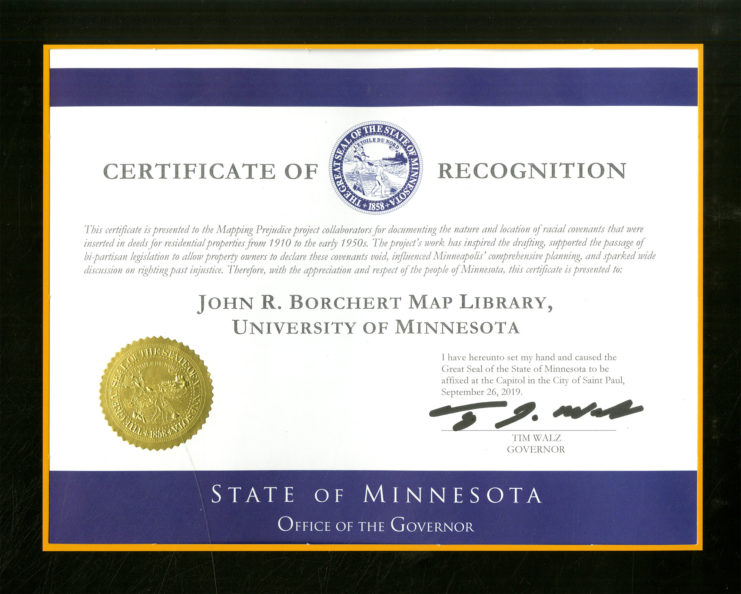 Governor's Certificate of Recognition to the Mapping Prejudice team 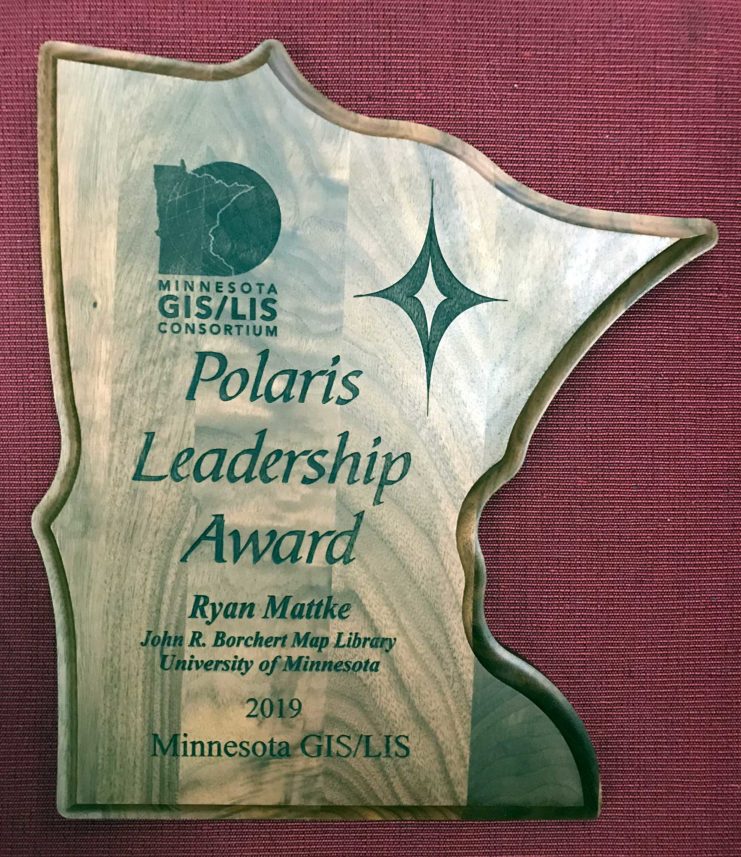 About the MN GIS/LIS Consortium

The Minnesota GIS/LIS Consortium got its start in 1988 as one of the nation’s first forums to communicate and share information among the growing community of environmental and natural resource geographic information system users and data producers in Minnesota.

The Department of Natural Resources (DNR), Land Management Information Center (LMIC), the University of Minnesota’s Center for Urban and Regional Affairs (CURA) and Natural Resource Research Institute (NRRI) along with other key participants, organized an ‘Executive Steering Committee’ to get the effort started.

This story demonstrates how the University Libraries are Advancing Leadership and Innovation on campus and beyond. As part of the University of Minnesota’s Driven Campaign, we are building on these strengths in our efforts to raise $18 million to support the Libraries strategic investments. We ask you to join us in Advancing Knowledge and Enriching Lives for those on our campuses, for residents throughout the cities and townships of Minnesota, and for scholars around the globe.