From Jennie to Ribsy to Rocket: What the Dogs Have Taught Us

was the theme of my talk on October with 4, 2019 at the Andersen Library.

Canine characters take center stage as we examine the works of significant children’s book artists and writers. We will investigate the illustrations and text from a range of titles — picture books, easy readers, and chapter books making doggish connections in literature, literacy, and community. 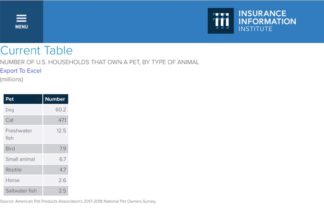 According to the Insurance Inforamation Institute.

Over 60 million households contain a dog.

Did you know that around 1,500 children’s books with something about dogs are published in English every year?

That’s dog books that are picture books, chapter books, and young adult. Informational books about dogs: What is a dog? How to take care of dogs. Kinds of dogs, Dog biographies like Rin Tin Tin. Picture books about having a dog, wanting a dog, losing a dog, getting a dog, and the perennial dying and dead dogs.

stories that feature dogs but are really “people in animal suits.” 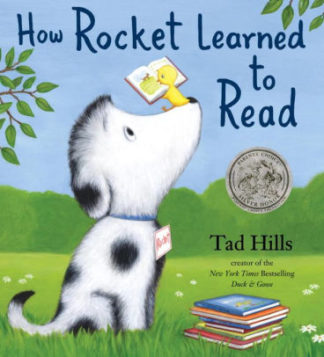 Carolyn L. Burke and Joby G. Copenhaver  in Animals as People in Children’s Literature (NCTE, 2004) the authors respond to the the question,

Why do animals with human characteristics populate so many early childhood stories? What purpose do they serve?

“The intellectual and emotional distance that the animals’ role-playing allows children and their mentoring adults grants space in which to become reflective and critical concerning life problems and life choices.”

“How Rocket Learned to Read,” Tad Hills (“Duck & Goose”) brings a sweet but not saccharine touch to a common struggle of childhood. Rocket is a fuzzy spotted dog who loves to chase leaves, chew sticks, sniff around the neighborhood and nap. One day a small yellow bird disturbs him. “ ‘Aha! My first student! Wonderful!’ she sang. Rocket was confused. ‘Student? I’m not a —’ ‘But if I am your teacher,’ the bird interrupted, ‘then you must be my student.’ Rocket found it hard to argue with this bird.” She tempts him by reading aloud the story of an unlucky dog named Buster who lost his favorite bone — and thus begins Rocket’s growing desire to read for himself.

We know that birds aren’t teachers and that dogs don’t read, but that doesn’t stop us from enjoying the process of Rocket’s learning how to write his letters, practicing the “wondrous, mighty, gorgeous alphabet” and sounding out the G and many Rs in Mr. Barker the dog’s growl: “GRRRRRRRRR!”

In reading responsed to How Rocket Learned to Read, the students repeatedly remarked that this book was the first time a book talked about how hard and how long it takes to learn to read.

The classic trope in children’s and young adult books is that the dogs die.

From GoodReads, 250 titles where the dog dies 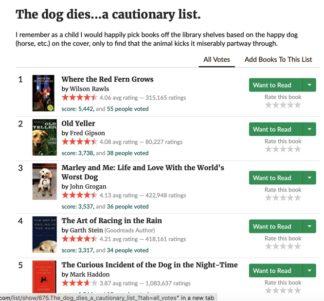 A few of these are classics often found on required reading lists. Some may not have stood the test of time. Sounder for example. Katherine Baxter noted her article Combating the Influence of Black Stereotypes in Children’s Books (Reading Teacher March, 1974) that only the dog has a name, a description and is ascribed feelings in the novel. The black sharecropper’s family are un-described and nameless.

The author, William Armstrong has said about his own reluctance to read turned-around when his teacher began reading bible stories aloud,

“No one told me the Bible was not for young readers, so I found some exciting stories in it,” Armstrong said. “Not until years later did I understand why I liked the Bible stories so much. It was because everything that could possibly be omitted [left out] was omitted. There was no description of David so I could be like David. Ahab and Naboth were just like some people down the road.” Armstrong later used the art of omission in his own writing of Sounder. (Sounder Teachers Guide Scholastic )

Where the Red Fern Grows

Another spoiler alert, in this week’s episode of A Million Little Things, Eddie has moved back in with Katherine (too complicated to go into here) and they finish the episode with Eddie reading aloud “his favorite book, that his own dad read aloud to him” to his young son Theo. Eddie warns Theo that there will be very sad parts and its okay to cry. I am kind of a sucker for books prominently mentioned or shown on tv shows but really? 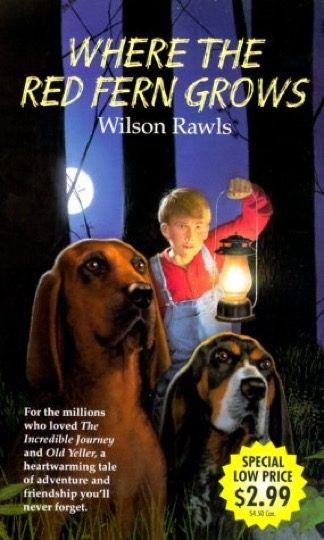 Where the Red Fern Grows is a 1961 children’s novel by Wilson Rawls about a boy who buys and trains two Redbone Coonhound hunting dogs.

Let me ruin this for you. Two dogs die.

A whole category for death and grieving 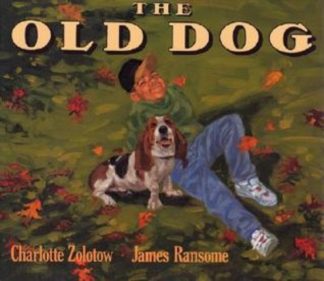 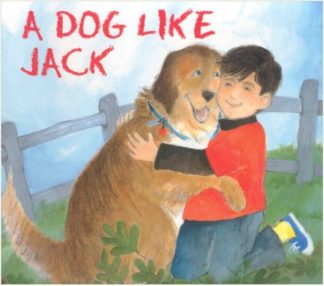 Dog people know that every time we welcome a dog into our homes and our hearts in the sooner or hopefully later there will be grieving. We spend our time in the moment with our beloved pets and in denial of the heart-wrenching sorrow to come. 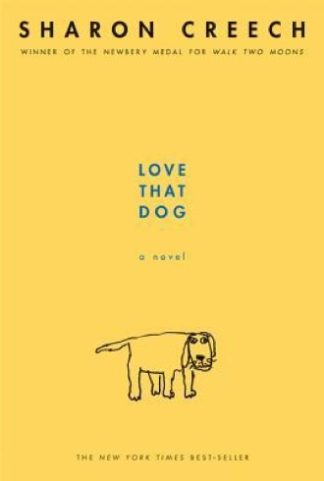 Often in a chapter book the dog is a facilitator. (a person or thing that makes an action or process easy or easier.) and/or an instigator. (a person who brings about or initiates something.)

The protagonist, Jack begins to find his writer’s voice through remembering his dog and the form of blank verse.

Published in 1950, Beverly Cleary, a librarian at the time often said she had written her first book, Henry Huggins in response to the boys in her library searching for books “about boys like us.” 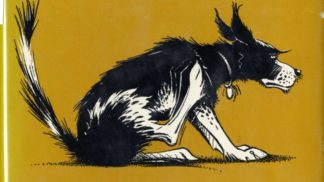 Ribsy is the facilitator of friendships and human interactions in the neighborhood and also the instigator of mishaps and adventure. Through Ribsy, we get to know the kids in the Klickitat St. neighborhood.

Drawing a Straight Line to

Because of Winn-Dixie by Kate DiCamillo published by Candlewick Press, 50 years after Henry Huggins in 2000.

“A 10-year old girl learns to adjust to a strange town, makes some fascinating friends, and fills the empty space in her heart thanks to a big old stray dog in this lyrical, moving, and enchanting book by a fresh new voice. India Opal’s mama left when she was only three, and her father, “the preacher,” is absorbed in his own loss and in the work of his new ministry at the Open-Arms Baptist Church of Naomi [Florida].”

Winn-Dixie, a dog who “looked like a big piece of old brown carpet that had been left out in the rain.”

But, this dog had a grin “so big that it made him sneeze.”

And, as Opal says, “It’s hard not to immediately fall in love with a dog who has a good sense of humor.”

So I made the dog up, the best kind of dog I could imagine, a big stinky mutt.” 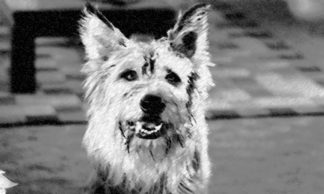 “Dogs have a way of getting into people’s hearts. They open doors humans can’t enter.” 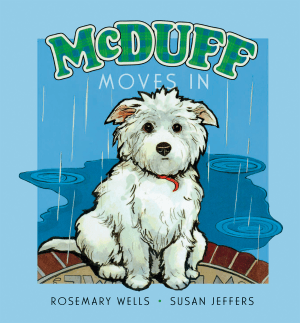 McDuff Moves In (Dogs as dogs)

“Set in the 1930s, a little dog bounces out of a dogcatcher’s truck one night and searches the neighborhood looking for a home.” From the Publisher (Gryphon Press, 2019) 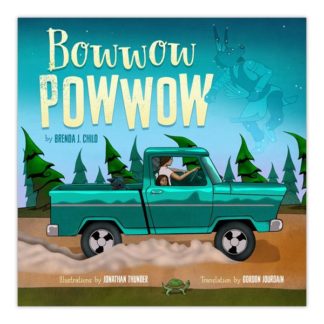 “Windy Girl is blessed with a vivid imagination. From Uncle she gathers stories of long-ago traditions, about dances and sharing and gratitude. Windy can tell such stories herself—about her dog, Itchy Boy, and the way he dances to request a treat and how he wriggles with joy in response to, well, just about everything…This playful story by Brenda Child is accompanied by a companion retelling in Ojibwe by Gordon Jourdain and brought to life by Jonathan Thunder’s vibrant dreamscapes. The result is a powwow tale for the ages.” (From the publisher)

Lets Get a Pup Said Kate! (dog as dog, dog as facilitator) 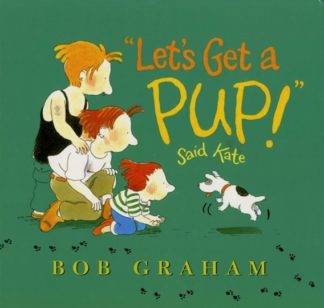 A story of a family who go to the shelter to adopt one dog, a puppy, Dave, and find that they must return to retrieve an older dog Rosie who “radiated good intention” 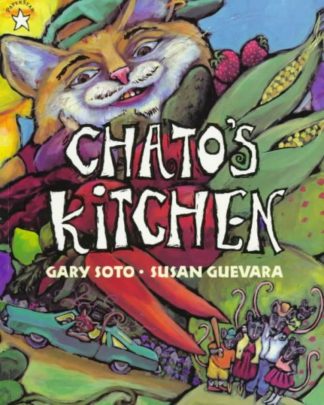 Set in East LA, Chato, the coolest cat of East LA plans a dinner party and invites the neighbors, a family of plump mice who may be on the menu. Chorizo (a long-haired dachshund) saves the day.

Once I Ate a Pie 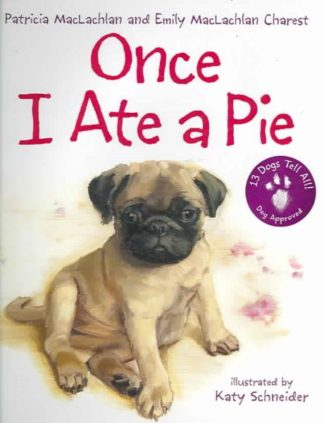 Once I Ate a Pie is a collection of poems by Patricia MacLachlan and Emily MacLachlan Charest with oil paintings by Katy Schneider.(Harper) These are recognizably real dogs personified and given voice by the authors. So dogs as dogs and people in animal suits. 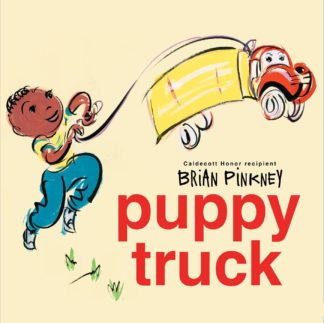 Okay, not really a dog book but about a boy who is longing for dog and imagines his toy truck has all the attributes of puppy. 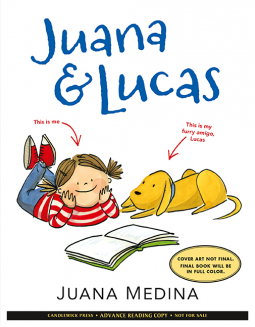 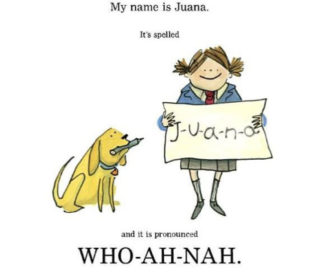 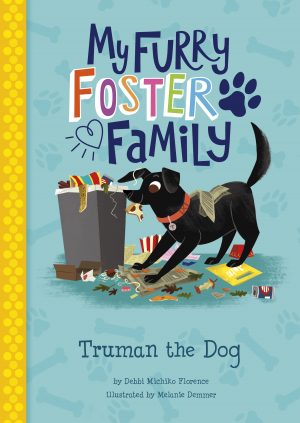 My Furry Foster Family by Debbi Michiko Florence and illustrated by Melanie Demmer is a part of a joyful series published by Picture Window Press/Capstone.

“There are many worthwhile elements—a responsible and helpful protagonist, a diverse and loving family, and the message that rescuing animals is worthwhile. A sweet title that will appeal to young readers who love dogs.” –School Library Journal

Full disclosure, this is our very own foster-fail, Jane Isay, who came to be looked after for one day and now is in her forever home. 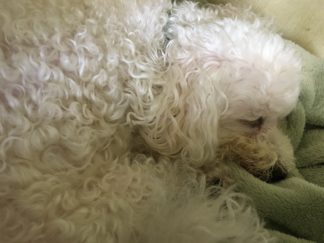 Portrait of an Explorer

George Floyd and Emmett Till