These award programs support travel for researchers to the IHRCA to advance the awardees’ research. Awards are available through co-sponsorship from the Immigration History Research Center and the IHRCA through the ethnic and general funds. 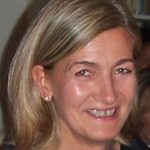 Teresa Bertilotti’s project, Becoming Italian-American: Entertainment and Historical Culture, 1860-1930, analyzes how national history was rewritten and re-conceptualized through theatre and cinema, thus providing the basis for the production of ”popular national histories.”

She aims to closely examine such popularized versions of history, the role that they played in building the historical imagery of Italian immigrants, and how this contributed to an “ethnic nationalization” transforming Italian immigrants into Italian-Americans. Bertilotti is a researcher at the University of Ljubljana in Slovenia. 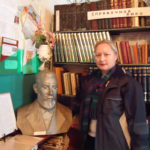 Nina Bogdan’s project, Creating a Russian-American Identity in Interwar and Post-War San Francisco: Gender, Space, and Memory in the Negotiated Acculturation Process 1917-1957, examines the process of negotiated acculturation of Russian émigrés to American society in San Francisco from the period following the 1917 Russian Revolution and Civil War through the post-World War II era to the late 1950s.

She plans to explore three broad underpinnings: identity formation as Russian Americans against a background of political and cultural hostility, the role of collective memories, and the negotiation of space in the community-building process. Bogdan is History Ph.D. candidate at the University of Arizona.

Susan Lanzoni’s project, Rachel Davis Dubois’s Innovative Methods to Build Emotional and Empathic Connections across Cultural and Racial Barriers, delves into the life of Quaker activist and educator Rachel Davis Dubois, focusing on her work of many years beginning in the late 1920s, which had been to develop techniques of empathy and emotional connection to foster better understanding of immigrant groups, African-Americans, and Jewish citizens.

She hopes to uncover and assess the efficacy of Dubois’s little known social psychological methods to redress problems of anti-immigrant feeling, anti-Semitism, and racism. Lanzoni is an instructor for the Division of Continuing Education at Harvard University. 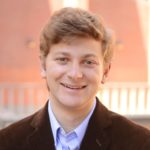 Andrew Marion’s project, Humanitarian Capitalism: Displaced Person Resettlement in America, 1948-1952, argues that the implementation of European displaced person (DP) resettlement in the United States exemplified the tension between ideas of humanitarianism and capitalism in the postwar era. Scholars of DP resettlement have focused almost exclusively on the legislative history and neglected the motivations and ideologies of American DP sponsors.

He plans on shifting the focus to DP sponsors, showing how conservatives in the late 1940s and 1950s leveraged the New Deal state to procure labor for American farmers and businessmen and promote a free enterprise vision of citizenship and national identity. Marion is a History Ph.D. candidate at the University of Mississippi. 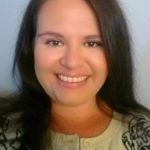 She aims to demonstrate that Finnish-American culture has been influenced by, and is tied to, the Kalevala. Kosklin is an English Ph.D. candidate at the University of Newcastle in Australia.

Congratulations to all! Please watch for future blog posts by these scholars, or announcements about Research-in-Progress talks.