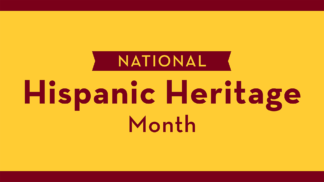 Hispanics are defined as Spanish-surnamed Americans, and they are descended from the population in territory annexed by the United States in the 19th century (in present day states of Texas, California, Nevada, Arizona, Colorado, and New Mexico, and the Commonwealth of Puerto Rico), and from Latin Americans and Spaniards settled in the U.S. Today Hispanics are the largest minority, and aspects of Hispanic cultures have become part of mainstream American culture.

Twenty years ago, the University of Minnesota Libraries, actively and strategically began collecting videos of documentaries and feature films supporting research on the history and culture of Hispanics in the United States. The following is a small selection of titles in that collection, housed in the Smart Learning Commons on the second floor of Walter Library.

A sample of our Hispanic films