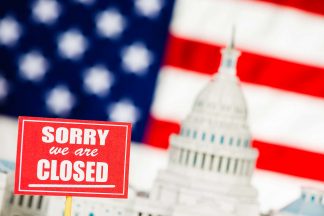 Americans have become more familiar with federal government shutdowns in the past year. We’ve experienced three shutdowns in 2018/2019 for a combined total of 17 days and counting, and no one can forget the 16-day shutdown in 2013.

What makes the current shutdown different, though, is that it’s a partial shutdown with only 25 percent of the federal government going unfunded. Regardless, this shutdown has affected nine federal departments including the Departments of Agriculture, Interior, Homeland Security, Transportation, and Justice — as well as many government agencies, including the National Aeronautics and Space Administration (NASA), the Environmental Protection Agency (EPA), and the Internal Revenue Service (IRS) to name a few.

The news articles listed below go into greater detail on exactly what parts of the government are still running and what has been affected by the partial shutdown.

When it comes to government information availability during a shutdown, it is fortunate that Congress has been funded so govinfo.gov, congress.gov, and the Catalog of U.S. Government Publications are all still working and updating. However, data and new information from agencies or departments that have closed due to the shutdown are impacted.

For example, a large swath of climate and weather data usually collected and made available by the National Oceanic and Atmospheric Administration is not being collected and many of this agency’s websites are completely unavailable. Other agencies like the U.S. Geological Survey will be updating their real-time data only when needed for health or public safety and with limited support at that.

If you’re having trouble tracking down government information or data because of the shutdown, contact the library or a specific librarian mentioned below to see if we can help find that information from another source!

University of Minnesota research and expertise

Many University of Minnesota faculty work in areas related to politics, governance, elections, and government accountability — and you can find them by searching the Experts@UMN database.

Two particular faculty in the Department of Political Science have published research and taught courses around government accountability and transparency:

In addition, the Center for the Study of Politics and Governance, housed within the Humphrey School of Public Affairs, focuses on inspiring an engaged citizenry via open discussion and civil debate on the biggest issues in politics and governance in our world today. The Center sponsors various events and speakers on a wide range of topics and supports research within this area of focus — including government transparency, health-care policy, and the election process, to name a few.